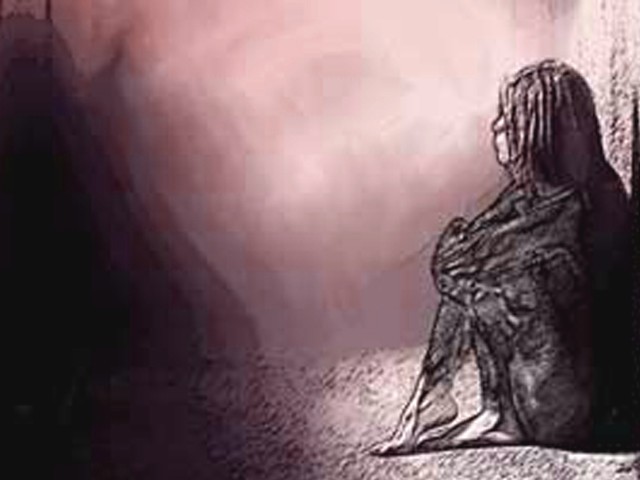 In Pakistan, it is said that 80% of the women suffer violence of varying degrees in their homes and the matter persists primarily because the society condones and defends it either directly or indirectly.

Domestic violence – a truly horrific term, to which only its victims can truly relate, is another one of the many plagues Pakistan suffers from.

Honestly, I had never thought much about it. I knew what it meant and I knew it existed but that was the extent of my thoughts on the matter, probably because I have never experienced or witnessed it and so I could not relate to it. Or probably because, like so many of us, the bubble of my privileged social setup never gave me a window into this terrifying reality that engulfs many women.

But the biggest myth that I believed up until recently was that domestic violence is something that is born out of poverty and illiteracy and therefore only exists in remote villages and uneducated families where people don’t know any better. This myth was shattered when I spoke to a certain someone – a girl of about my age, highly educated, quite well-off, belonging to the same social class as myself, and yet often beaten up by her spouse.

It was a shock for me, after all it brought into question the naive understanding I had of this practice. And that’s when the obvious hit me.

How could domestic violence and education have any direct relation?

It’s not like our schools teach us how to deal with any battering that may or may not occur. I now believe it is in fact a set of social and cultural sanctions in Pakistan that lead to domestic violence. A certain mindset is passed down generations by both the transgressors as well as the victims of this kind of abuse.

In Pakistan, it is said that 80% of the women suffer violence of varying degrees in their homes and the matter persists primarily because society condones and defends it either directly or indirectly. It is a learned behaviour in Pakistani society, absorbed into our lifestyle through generations following the same pattern.

Young girls see their mothers going through the same treatment and unknowingly adapt to the system. This does not imply that they approve of it but they accept it as something that is not open to debate or alteration. Girls come to identify their mothers as the victims of aggression and expect similar fates for themselves when they grow up with no control over what happens to them.

Domestic violence is normalised within the families via two major forces: the patriarchal set-up where men enjoy unlimited and unquestionable authority, and rigid gender roles that are responsible for stringent control over women’s actions.

Pakistani society is a male-dominated one where power and control is central to men and where women have a normative and traditional responsibility to obey their men at all costs. Unfortunately, education often does little to break this age-old way of thinking that still exists in many families, even if implicitly.

Women, from a very early age are instilled with tolerance and acceptance of the fact that their lives are completely controlled by men in all spheres of their lives and that they are not to question that system. What is domination by fathers, uncles and brothers later must transform into blind subjugation to the commands of the husband.

In order to lend strength to the patriarchal system, women are taught to be obedient, docile and placid whereas men are equated with authoritarian control and violence. In such a framework, violence and assault against wives is naturalised and women are moulded into the character-description of domestic violence.

Through this justification of domestic abuse by using gender roles, women are tutored throughout their lives to behave in ways that complement the power structure and therefore they consent to their own subordination. They come to accept beatings inflicted on them as just another male ‘gender trait’ enforced on them by ‘destiny’. Often, women try to explain their position by claiming that,

‘It is in the nature of men to resort to violence and women should be understanding and patient’.

Moreover women who endeavour to stand up against this system are labelled and stigmatised — called ‘loose’, ‘rebellious’, ‘disrespectful’ — this impeding their struggle. Their own parents and even the police deem them as the wrong ones to complain about their husbands: the supposedly hardworking husbands who support the family and resort to violence either due to stress or due to inability of their women to fulfil their responsibilities. In the end, even women who resist gradually come to accept that protesting against domestic violence is an appalling or futile act to commit.

The cultural interpretation of the institution of marriage may also be largely to blame for the acceptance of this social evil.

It is a general belief, that marriage is for life and must be preserved at all costs. Therefore it becomes culturally unfeasible to escape a marriage and this inflexibility affords obligation to remain tolerant of conflict or assault. Furthermore, wives are considered responsible for the marriage outcome and pressure to conform to a successful marriage forces her to be forbearing, even in the face of adversity.

Our society views divorce or separation with scorn, especially if it is initiated by a woman. It therefore becomes highly crucial to uphold the family and the marriage and this leaves no option for suffering women. They must stay silent about their ordeals and accept them as a part of life. As they absorb the idea into their marriages, they tacitly consent to beatings and violence.

Religious connotations are also applied to justify wife thrashings. A lot of men as well as women believe that it is un-Islamic to rebel against a husband and his will as it implies the violation of the principle of female modesty. Patience and humility is what the religion teaches and according to some people these principles only apply to the women. Speaking or acting against the husband or going to the police is widely labeled to be anti-religion.

Furthermore, a particular verse is widely misinterpreted to believe that Islam has permitted husbands to beat up their wives if they do not obey orders. This verse is construed to entail that it is the religious duty of women to blindly comply with the demands of their husbands and accept their punishment. Alternative verses underscoring the equality of relationship between the spouses and emphasising on the good treatment of wives are conveniently ignored.

Many still argue that with better education, socio-economic development and awareness, these women would be able to wake up to their condition and change will come. While this does stand probable more often than not, the fact remains that even education and greater resources cannot deter family expectations and age-old male-centred beliefs.

Unless the workings of our society are modified, the custom of wife beating will continue.

In order to bring about change and to liberate our women from the malevolent convention of wife beating, it is imperative to bring about a shift in popular opinion, social norms and the cultural beliefs.

It is vital that we change the mindset of people so that they accept and become conscious of the immorality and injustice of wife beating and not justify it or condone it for any reason. Only then can our women gain control over their lives, use education to enhance their status and identity, and break the shackles of male domination and exploitation.

A graduate from the Manchester Business School with an MSc Marketing degree, she is currently working in Geneva, Switzerland and is passionately engaged in writing about a whole host of varying issues. She tweets as @mehreenovais (twitter.com/mehreenovais)