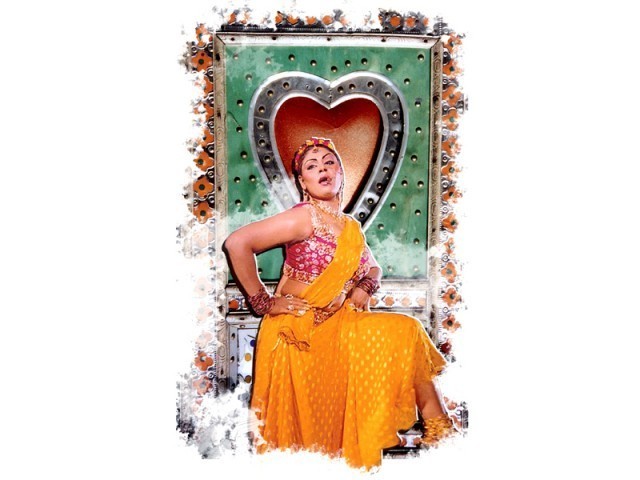 The Pashtun lifestyle does not accommodate such fantasy depictions of love and bravery. ILLUSTRATION: JAMAL KHURSHEED

No, I am not abusing you. I am only naming a few of the famous films Pashto cinema has produced over the year.

What is even more astonishing is that Pashtuns are known for their distinct code of conduct called the Pakhtunwali, which is quite different from what these movies depict.

The Pashtun culture is an amalgamation of different elements which include the family structure or joint family system, the melmastia or hospitality, the jirga or tribal council which makes all important decisions, ghairat or the concepts of honour and courage and the satar or area of the body that can be uncovered only in the presence of the spouse.

Pashtuns have their own language – Pashto – which is spoken in a number of dialects. They have distinct dresses, colourful music and a form of group dance known as the Attan. Pashtuns take a lot of pride in their culture and boast about the elements which make them distinct from all other nations and ethnic groups.

It is true that awareness and modernity is leading to immense progress and development in the Pashtun mindset, particularly in empowering women to be educated, active and become a productive part of society.

Modernity has however had an unnatural impact on Pashtun cinema. Pashto dramas and movies now pose a challenge to cultural norms and values in a way that is not only unacceptable but also downright shameful.

Almost all of these dramas and movies revolve around a hero and the woman he loves. He fights for her against all odds, by firing a Kalashnikov in rooms, from balconies, or by yelling from the top of mountains, while the heroine sneaks out of her house at intervals and dances around.

These ‘dances’ seem to be no-to-subtle reminders of what the hero is actually struggling for. Meanwhile, the plot is embellished with suggestive and indecent dialogue from the crudest elements of the Pashto language. We see couples making love in the middle of fields or dancing among the cattle. We see mujras as commonplace, where the old and young alike indulge in drinking.

Anyone who lives in, or has at least gotten a chance to visit Attock, would be well aware that the Pashtun lifestyle does not accommodate such fantasy depictions of love and bravery. What is shown in these dramas and movies does not happen in real life, but watching such movies (and some dramas) leaves the audience spellbound and they begin to mistake fantasy for reality.

Youngsters are influenced the most, impacting their ability to differentiate between right and wrong, good and bad. Inevitably, they develop bad habits such as smoking, drinking and frequenting dodgy places.

For one, these dramas and movies expose our youngsters to extreme violence, aggression and flamboyant use of weapons, leaving them confused about whether to despise them or want them. Over time, these youngsters find a cure to all their troubles by using weapons rather than solving issues through peaceful negotiations. Exposure to the more violent elements of such content might even encourage terrorism, given how violence is idealised in the films.

However, what disturbs me the most is that such movies depict all women as mere objects, existing only for the pleasure of men. Women are shown as possessing low moral character and being promiscuous, putting the very idea of respecting women at stake.

Both these depictions are unacceptable in any decent society. While such films could simply be looked down upon and ignored if it was just one segment of a diverse film industry, the truth is that this narrative is the only one that is being churned out again and again and again.

Such a negative and false depiction of men and women raises fears among the families of girls who are struggling for their rights and status in an already conservative Pashtun society. Although the aware and educated class of society has raised this issue several times and asked the concerned authorities to take steps to ban such movies, little has actually been done to curb the menace.

It is about time we recognise and address this matter collectively, before this social disease becomes incurable.