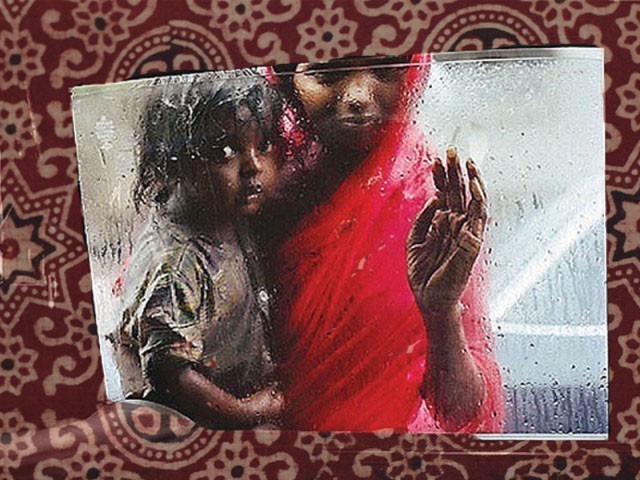 Sindh is in dire straits too; its Mongol hordes have taken the shape of illiteracy, malnourishment, unemployment, a lack of civic sense and reliance on brazen corruption for government.

It is the same mayhem every year. Yes, with ear-splitting songs ricocheting in the backdrop, the clatter of a hundred different tunes which sound sweet to the ear but are ironic when their meaning dawns upon one; a mela, a festival, a frenzy of colour as a consequence of a host of ajraks with exquisite block prints and astutely crafted Sindhi topis on display – all this seems so empty in the end and so fleeting in the final assessment.

A land of culture and civilisation: check.

A history of Sufi traditions and humanistic thought: check.

A past of resistance to oppression of the Imperialist Raj from the Talpurs to General Hoshoo: check.

Produced one of the most charismatic and influential leaders of the country in post-Jinnah’s Pakistan: check.

Only 23% of girls in rural Sindh are literate. A recent survey by one NGO (Alif Ailaan) compared the educational performance and infrastructure availability of public schools in Pakistan’s various districts and Sindh did not feature even in the top 50. Rural Sindh was absent even in the next 10, while Karachi had just one district represented at 56.

Its public departments reek of corruption, nepotism, undue favours given and taken in the recruitment process. Even in the province’s health sector, you have to pay money up to six figures in order to ‘oil’ the higher-ups to be inducted. It does not matter if you are a gold medalist from the province’s top medical university or have spent five years working for your degree.

Money is all that really counts in Sindh. It is a land of elites and the landed aristocracy.

The middle class is virtually absent.

The lower class is insignificant in the long run, since they are largely powerless, and will always vote one way.

The standard of Sindh’s roads and public infrastructure becomes apparent if one takes a trip down to Sukkur or Hala or Moro. You will be left aghast at the level of ‘underdevelopment’ in rural Sindh if you take the journey through.

Yes it is under-development by all standards of developmental economics since the roads, the sewerage system with its floating pile of waste, the absent teachers in public schools (all the while conniving with the headmaster to remain absent and conduct private tuitions by paying a Rs1000 a month) and the paucity of health services in the rural hinterland constitute under-development by all standards of the yardstick.

Pakistan might have retarded in its economic growth; Sindh has killed it.

A combination of adverse conditions on ground and an absence of the resolve needed to tackle these issues of governance heads-on have made the common Sindhi out there apathetic. He is always on the lookout for underhand deals and beneath-the-table favours in the shape of a government job based on patronage and having a constant grudge against the federation which is endemically taken to be opposed to the rights of native Sindhis.

Sindh, with its unscathed potentialities of development and progress, remains one of the most backward provinces of not only Pakistan but of the whole subcontinent.

Nations and ethnicities too, for that matter, can live on bouts of fabled history for only so long. Legends of Moen Jo Daro and administrative efficiency of the Talpurs and Bhutto’s speeches of the first order are a narrative of the past. Shah Bhittai’s moral lessons are ineffective if not applied in actual practice.

It is said that in 1258, the Abbasids thought their empire to be exclusive in terms of the comity of nations too and presumed that their history of intellectual development in the realm of all material facets of life made them inimical to misfortune or disaster. The caliph at Baghdad was taken to be ‘necessary’ for the order of the universe and instrumental for the well being of civilisation. If he died, the sun would refuse to shine, rains will cease and plants will grow no more.

Starting February 10, 1258, Hulegu’s uncouth Mongol hordes plundered the fabled land for eight days straight, so much so that a pestilence spread in the famed capital due to the litany of corpses. A history of unprecedented intellectual development and cultural refinement did not come to the aid of the inhabitants of Baghdad.

Sindh is in dire straits too. Its Mongol hordes have taken the shape of illiteracy, malnourishment, unemployment, a lack of civic sense and reliance on brazen corruption for government.

It is in need of a sweeping change in public order, morality, cultural ethos and institutional revamping from top to bottom in order to rid the province of its archaic structure of inhumane feudalism, its huge class disparities, its rotten structure of public service delivery and its centuries of destitution.

Sindhi topis and ajraks might have all the pomp and spectacle of days of the past. It is the present which is haunting and the future which remains perilous.