I am jealous of the US, and have every right to be 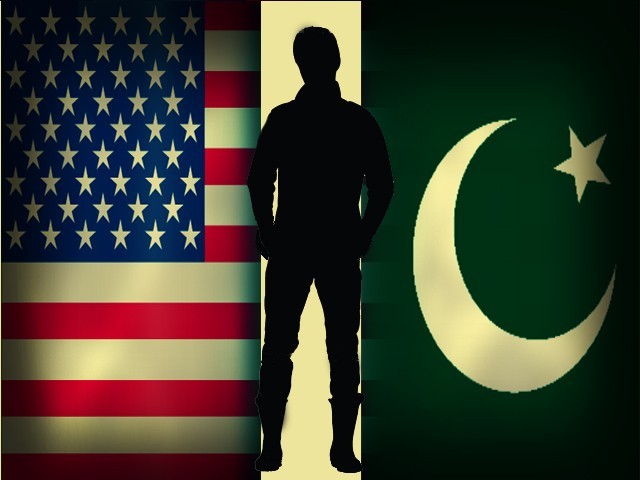 I could sense the power I possessed and felt ashamed that I had never tried to bring a change; not even a trivial one.

It was freezing outside. I did not have a ride and had to walk all the way home on a chilly winter evening. However, at that moment, the cold did not matter. Nothing did. My mind was troubled, and my conscience was not at peace.

And that is all that mattered.

Earlier that day, I had given a presentation about Pakistan in my high school. As a youth ambassador to the US, my presentation was supposed to be about ‘what’ Pakistan was. In an effort to portray the positive side of my country to a people who are all too often only exposed to its negative side, it had leaned more towards ‘how good’ Pakistan was.

Perhaps, I was afraid of admitting the harsh realities myself.

I had begun the presentation alluding to the city of Karachi as having one of the busiest ports in the world but I had conveniently skipped over the bitter truth that Karachi also had one of the highest crime rates in the country.

I had told them that Pakistan was the pioneer nation to come into existence in the name of Islam. Of course, I did not have the courage to mention on my PowerPoint slides that the country had broken into two in 1971, and also has a high rate of alcohol consumption among Muslim countries today.

I had displayed pictures of the magnificent Badshahi Mosque in Lahore to my audience. But I did not speak of Heera Mandi (the Red Light area) where the sex-workers of the city reside, located right behind the mosque.

I had commented upon our ‘independence’ from the British Raj. But I had withheld the fact that as a nation, we are still imprisoned in our minds.

I did not even say that we, Pakistanis, curse the US for pretty much everything that goes wrong in the country, while accepting its aid and green cards aplenty.

But now that the presentation was over, I felt angry at myself for concealing the other – darker – side of the coin. And for the first time, I felt responsible for everything that Pakistan has been going through. I could sense that I possessed a power, and I felt ashamed that I had never tried to bring change – not even a trivial one.

I felt such powerful guilt as I walked that cold night that my vision became blurry with a sudden rush of tears.

Since then, I have felt as if I have had an awakening.

Events and people in the US became a source of inspiration for me. I was moved by the high degree of honesty that was a characteristic of these people. Even minor things like the pleasant smiles that people gave while passing me by increased my respect and admiration for them.

Moreover, all the Americans whom I came across have an immense passion for hard work and an independent life. They know that in order to bring change, they will have to drive that change. Bring that change. Be that change.

And that is precisely what most of them did.

I noticed that they were taught from a very early age that nothing would come easily to them; they would not be spoon-fed. They would have to work for all that they dreamed of.

I saw children being assigned chores from the early age of eight or 10. They would be responsible for taking out the garbage, cleaning the yard, laying the table and taking the dishes out of the dishwasher. They were taught to do everything on their own and not depend on anyone for their survival.

As harsh as this may seem, to the sometimes over-protective parents in our society, perhaps, it is this thinking that inculcates in them the attitude to be self-reliant adults and hence, a self-sufficient nation.

Truth be told, I am jealous of the people in the US and I have every reason to be.

No, this write-up is by no means a tribute to the US and I have no intention to portray the country as a land of angels. Believe me, I could write another piece on my dislikes about the US, just as honestly as I have written this one. However, as a youth ambassador, my job was to grasp as many moral values and skills as I could and then put them in practice in Pakistan so that it would become a better place to live in.

My experience as a youth ambassador made me more tolerant, understanding and mature. Ironically, even my perception of Islam enhanced while residing in a non-Islamic country. Earlier, I used to believe that bowing down to God five times a day had far greater value than telling the truth all the time. But now I understand that telling the truth is an act of worship.

During this developing stage, I started thinking about a future in politics as well.

Aside from becoming a vigilante like Batman, politics seems the only way to handle all the corruption and law and order issues that face our country and its people. After all, the homeless need shelter, the hungry need bread and I want to contribute to their salvation.

And yet, at the same time the thought of getting my hands dirty to do some good scares me. Still, the more I think about it, the more I feel that politics is a pragmatic route to reach out to everybody in the correct way.

Here I am wondering if that one walk in the cold ever ended. Perhaps, it was the beginning of a lifetime journey towards a better me – a more learned me.

Student of Computer Engineering at UET Peshawar, he is interested in web design & development, mathematics, philosophy of religion, politics and acting. He tweets as @aizazbokhari (twitter.com/aizazbokhari)