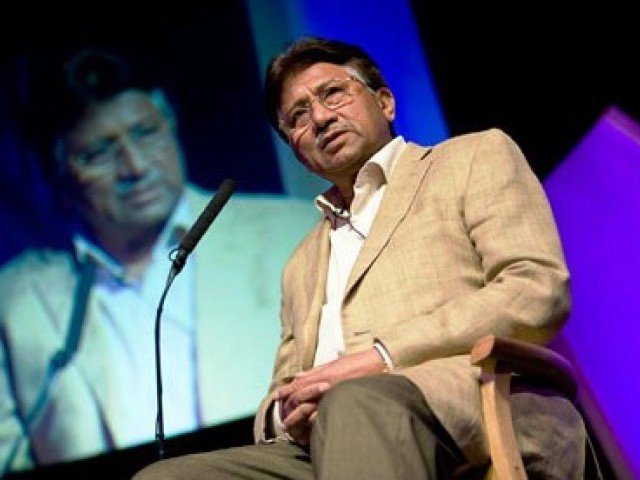 Can Musharaff clean up the mess accumulated over the years – for which his previous government was equally responsible?

On October 1st the former president of Pakistan General (retd) Pervez Musharraf launched his political party ‘All Pakistan Muslim League’. According to him his 300,000 fans gave him the strength to return to Pakistan. Musharraf while talking to media apologized for his mistakes that he made in the last years of his rule. He launched his party in London, which on first instance gave an impression as he was planning to run his political business from overseas like a self-exiled MQM leader, Altaf Hussain. Musharraf asserted that due to threats to his life he couldn’t hold the launch in Pakistan and later replied to a query that he would return to Pakistan despite every risk. When he isn’t sure about his own plans of returning, how can he give assurance to the poor people of Pakistan regarding social uplift?

There has been much hoopla about Musharraf’s Facebook fan following in the past weeks. Someone needs to sincerely tell Musharraf that it is not wise to rely on the fan following of a social networking site. It doesn’t take any effort to click the ‘like’ button and join the page for whatever reasons. Does facebook ‘liking’ equal to real liking and support? Not at all since many people follow certain personalities on the social networking sites but they don’t necessarily support them. Zaid Hamid and Imran Khan enjoy the same kind of fan base but do they really have support? It is like Musharraf’s memoir In the Line of Fire sold like hot cakes but not everyone agreed to his version of narrative?

It happens only in Pakistan that after a decade or so of ruling, after being head of the state, the ex president launches his own party to run for the office of prime minister. Musharraf got nine years to shape up the destiny of the nation. In the beginning it seemed he was going in the right direction but the astute economic analysts pointed out that it was just a mirage that was bound to diminish as strong economy can never flourish on the basis of pouring foreign aid. They were right the economic structure remained hollow. Everything aside: his vilest policy was pushing the nation into darkness. Pakistan has had a problem of power shortage since long but it would be seasonal as oppose to the current perennial issue of power. If he couldn’t set up the alternative ways of generating power in his nine years then it is a foregone conclusion that he would do so if he’d given another 5 years.

At the launch ceremony, Musharraf unveiled his party’s manifesto. The manifesto promises the same things that virtually every party incorporates but never performs. He said that the new social system will consist of three documents and everything they’ll do would be in conformity with the Holy Quran and Sunnah, realization of dream of Quaid-i-Azam and Objectives Resolution. To appease the nation Musharraf picked up the same old doctrines. Religion has always been the favorite tool of politicians to exploit the feelings of people. It is easy to say that lives would be governed according to Quran and Sunnah: no big deal right, but what to do when the various sects of the same religion are at loggershead that gives birth to sectarian intolerance and violence. How to avert that clash?

Quaid-i-Azam dreamt of an uncorrupt and secular Pakistan. Can Musharraf clean up the mess accumulated over the years – for which his previous government was equally responsible? It is easier to say that under their social structure every religion, caste and creed would be treated equally but unless the country is governed by a solid constitution, which ensures equal rights for everyone and which isn’t abrogated every now and then, it isn’t possible to bring the reforms. He mentioned Objectives Resolution, which is only resolution having no force of law. But suppose if we consider it a sacred document for a moment, it would reveal that Musharraf has already been guilty of not conforming to the third point of Objectives Resolution:

State shall exercise its powers and authority through the chosen representatives of the people.

Does Musharraf remember that he had taken over the government in 1999 through military coup? Chances are that just as his rhetoric fell flat so would his political team when they’d join in the race. It might have been grace saving if he had remained within the blissful oblivion of his retired life.