Dear leaders, if you can’t protect drone victims, let the K-P government do it 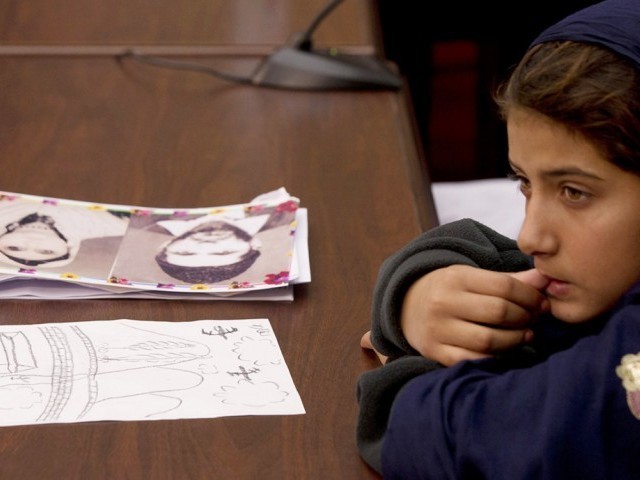 Considering it is your responsibility to look after Nabila Rehman, and other children like her, what have you done to protect her? PHOTO: REUTERS

I write this piece in response to your criticism over the NATO supply blockade by the Khyber Pakhtunkhwa (K-P) government.

Although Pakistan Tehreek-e-Insaf (PTI) members would give complicated arguments regarding dignity, terrorism and radicalisation against your views, my focus is relatively simple.

Just take a look at the picture of Nabila Rehman showing a drawing she crafted over fear of drone strikes.

Nine-year-old Nabila Rehman shows her drawing on drone strikes at the start of a news conference on Capitol Hill in Washington on Tuesday. Photo: Reuters

What I do know is that this girl lives in fear.

Instead of crafting happiness, she is crafting fear.

You might be right in your argument that the K-P government and protesters are taking unconstitutional measures by blocking the Nato supply route.

But have you left them with any other choice? 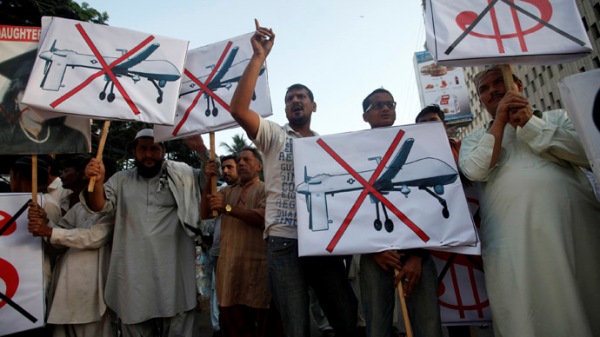 Supporters of Pakistan’s Islamist party Pasban hold placards as they shout anti-American slogans during a protest in Karachi October 23, 2013, against US drone attacks in Pakistan. Photo: Reuters

We saw our prime minister’s (PM) silence over drones in his visit to the US.

We saw how much credibility there is in the statements of the adviser to PM on foreign affairs. 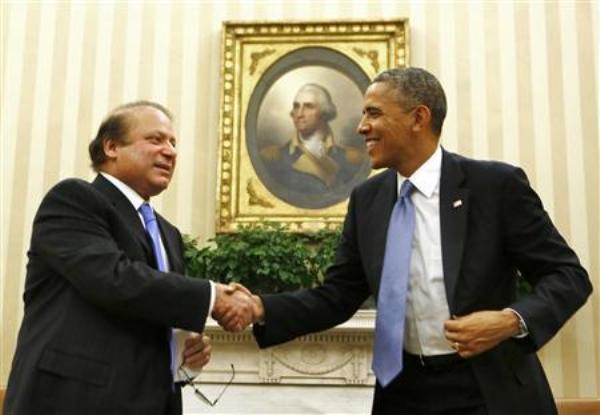 Is there anything else left to prove that the PML-N government is no different to PPP when it comes to foreign policy? 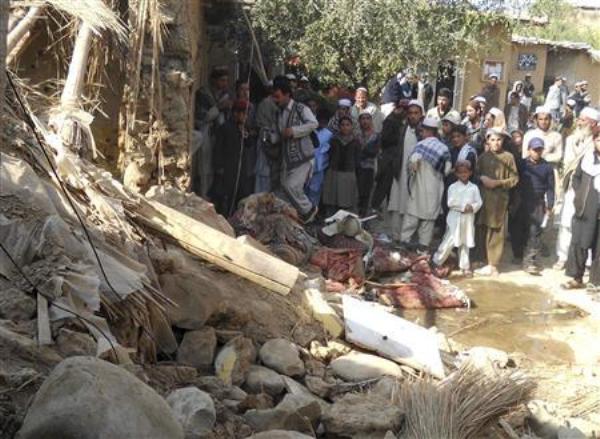 You say taking US aid and stopping drones cannot happen together.

Well, the K-P government has already shown that they can take US aid and side by side, stop the Nato supply routes in protest. At least they are sending a message conveying our resentment to the world in general and the US in particular.

What has the federal government done to fight Nabila’s fears? We haven’t even seen any meaningful measures to stop drone strikes.

This is my humble request to the federal government — if you are not doing anything meaningful to end Nabila’s fears, please do not criticise those who are willing to fight for her.

I do not stand by any particular party. I stand by whoever is fighting against the terror Nabila faces.

A graduate from the Australian National University pursuing Chartered Accountancy as a career and seeking peace within my soul. I am currently based in Sydney. He tweets @ShoaibAdmani (twitter.com/ShoaibAdmani)