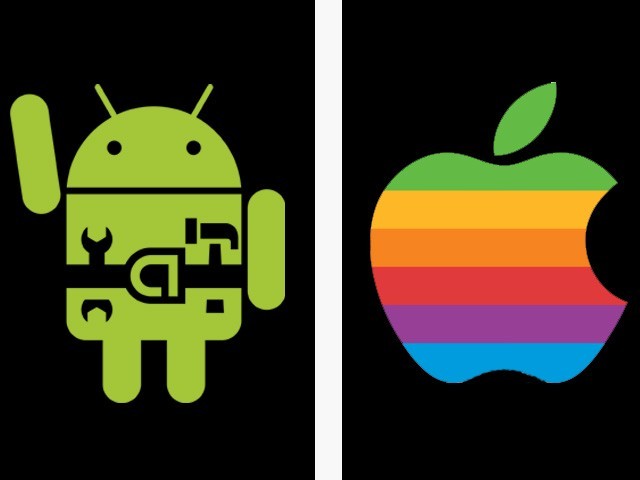 Several iPhone features are considered to be superior when pitted against its rival, Android.

The battle between the two reigning categories of smartphones continues incessantly without showing any signs of letting up. Android disciples constantly wage war against zealot iPhone followers but in many ways, the iPhone will always be superior to its current adversary.

Here are five features that still make the iPhone superior to the Android smart phone:

Aesthetically, Windows Vista was considered to be Microsoft’s most beautifully designed operating system. However, that was all that operating system had to offer – aesthetics. People who had equipped their machines with powerful components and peripherals have always found one element that slowed their entire system down, and that happened to be the operating system.

Similarly, one area where the iPhone is miles better in comparison to Android smartphones happens to be the operating system. It is extremely fluid, incredibly fast and displays negligible to no amount of stuttering. Android’s 4.4 KitKat operating system has made significant leaps in optimising tweaks but it will take a long time for the operating system to be in the same league as the iOS.

Although Apple has not equipped their iPhones with expandable storage options such as adding Secure Digital (SD) cards like the Android system has, iPhones are equipped with flash storage. This, combined with the iOS, makes the operating system a non-fragmentation zone. The storage space is used efficiently which increases capacity and often performance.

Although users mitigate this effect by purchasing faster and larger capacity SD cards, this can only help them on a temporary basis.

Over the course of many years, Apple has started to incorporate ways that will help to alleviate the dread of quick battery depletion from their smart phones. The introduction of the iOS7 also included several improvisation techniques that have helped to increase the amount of battery life.

4. No pre-loaded useless apps that you cannot delete

When an individual procures an Android smartphone, that phone comes with an array of pre-loaded smart phone apps. According to vendors, people hardly ever use these apps and they add to the amount of space used up unnecessarily most of the time. Although the iOS also has pre-loaded apps that come bundled with their operating system, they do not take up as much space as compared to an Android, and frankly, seem to have a purpose.

5. No custom Read-Only Memory (ROM) or launchers to search through

The only problem is that these ROMs come in an abundant supply and a conclusive decision to pick out the best one can be an extremely daunting task. To add to the cumulative worries, users also have to pick out which apps to use when executing maintenance procedures to keep the Android operating system running at its peak performance.

However, with the iOS, there is no custom launcher and no custom ROM, so users can save time by not having to test which one best suits their purpose.

Apart from all that, who can forget the latest iOS7 features that made us all ecstatic recently?

From me, its still iPhone, hands down.