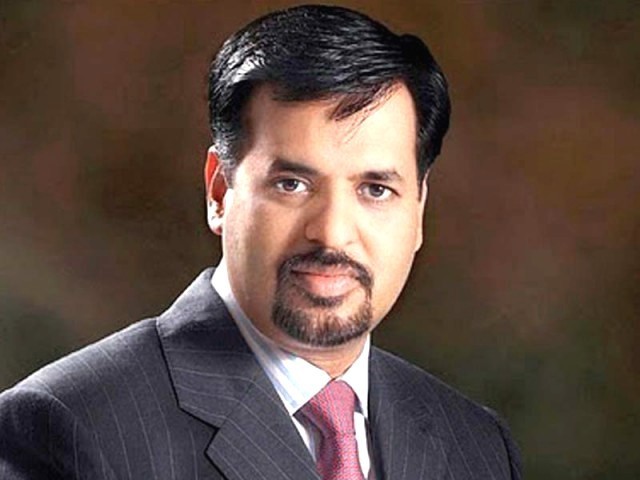 As a citizen of Karachi, I would like to see Mustafa Kamal reinstated. I would like him to come forward and do whatever he must to push Karachi to its potential and return the city to what it used to be. PHOTO: FILE

The Karachi we know today is nothing like the city many of us lived in a decade ago.

In 2000, the local government system was introduced by former President of Pakistan, Pervez Musharraf, which was initially just an experiment. However, the way Karachi, Hyderabad and Sukkur made use of this opportunity to flourish and improve has no parallels; one cannot find similar examples anywhere else.

When Karachi is discussed, one cannot omit the role of Syed Mustafa Kamal, as the mayor of Karachi, in its development. It has been almost four years since Mustafa Kamal has left office – and Karachi hasn’t been the same ever since.

We all have been hearing about rumours that a difference of opinion exists between Kamal and his party the Mutahidda Qoumi Movement (MQM), ever since he was appointed as senator by the party leadership in the elections. However, the extent of these ‘differences’ was not known until recently, when Kamal not only resigned from his position in the Senate, but also decide to leave the country.

I, as a spectator, assumed it to be a political stunt and the setting up of a stage for the former mayor to contest the local body elections.

No matter what differences Kamal may have with his party, the people of Karachi are least interested in it. The reason for the public’s interest in his resignation is that they want to know if this is the end of Kamal’s political legacy in Karachi.

In Pakistan, the norm is that local government elections are contested under a party banner, which should be discouraged. But as practice suggests, we can’t imagine Kamal contesting for the local body elections under the present circumstances.

Kamal is a man of action and every responsible citizen of Karachi would agree considering the contributions he has made towards the development of this city. It wouldn’t have been possible without his determination. When he was given a platform to work, he used that opportunity with determination, zeal and enthusiasm, to uplift Karachi from its underdeveloped outlook and infrastructural lacking.

Before Kamal, the city was facing multiple, severe issues which included water supply, drainage, hygiene and traffic jams. To top it all, the city was unceremoniously dug up and left that way under the pretense of some pseudo-development projects. It was Kamal who actually worked upon the lines of international standards.

When my father used to drive me to college, I remember seeing construction workers working in the morning and even later in the evening when we would be returning, in order to complete the projects early.

The world talks about super heroes with supernatural powers.

I would say Kamal is our very own super hero who, despite the odd working hours, relentlessly and selflessly worked for years to solve the issues of a common man.

Ideally, a local government should comprise of representatives from the general public who understand the day to day issues of the people. Under the supervision of Kamal, this ideal was made a reality. Never during his tenure did I see garbage accumulating on streets – just one complain call from our side, and the issues would get resolved as priority. Now, however, it’s been six months since I complained to the local administrators about the overflowing trash bins near my area but they care little about any one.

Kamal was a living example of how an effective government is run.

He has set the bars of performance so high, that whoever becomes the next mayor would have to work twice as hard, just to meet his standards. He will have to work 24/7, be able to deal with the issues faced by this city and give priority to things that may seem nominal to him; that is what Mustafa Kamal did. He was on the field day and night making sure the work is followed up upon as planned and on time.

Kamal’s resignation is particularly saddening news for the people of Karachi who were hoping for him to take charge of the city once again. The literal mess that Karachi is in today needs his guidance and supervision. He did a lot of work to reinstate this city back to its original title – the City of Lights.

In my opinion, Mustafa Kamal’s departure from Pakistan would be too big a loss to our nation and even though he has resigned, he should come back and take part in the local body election. Karachi needs him and his determination to take this city to newer heights.

As a citizen of Karachi, I would like to see Mustafa Kamal reinstated. I would like him to come forward and do whatever he must to push Karachi to its potential and return the city to what it used to be. And the only man who can do it is Mr Mustafa Kamal.

A Public Administration student and an aspiring marketer who is associated with several volunteering projects with different NGOs. She tweets @AamAwam (twitter.com/AamAwam)

Azizabad blasts: When MQM puts your life before theirs