Great win boys, but here is how you can keep it up! 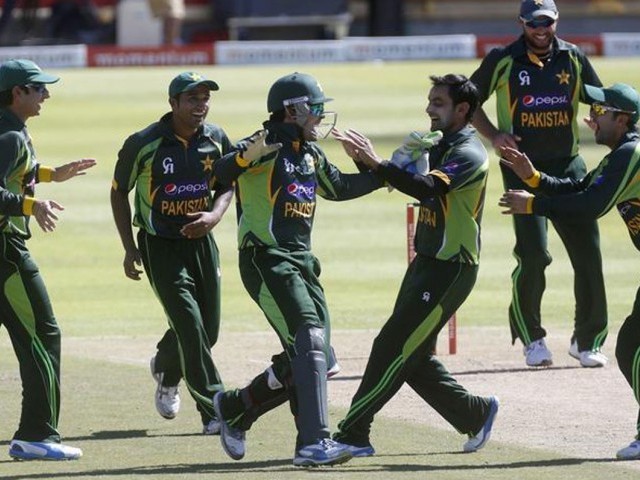 The Pakistan cricket team has finally made their supporters proud by sealing a historic ODI series victory against the Proteas in their backyard. This made Pakistan the first team from the subcontinent to win a bilateral series in South Africa, which is indeed an honour worth celebrating.

Pakistan’s youngsters stepped up and made amends for the embarrassing 4-1 defeat at hands of South Africa in the UAE, which raised a lot of questions and disappointed fans all over the globe.

The entire squad played positively and aggressively, which brought about an overall change in the team morale that seemed down and out just a few weeks ago. Misbah’s boys had a point to prove and they certainly stamped their authority, yet again, attesting to the fact that they are a quality side full of incessant talent.

A few individuals made more of a mark than the rest, which included Ahmed Shehzad, Sohaib Maqsood, Anwar Ali and Bilawal Bhatti. Ali and Bhatti’s partnership of 74 runs in the first ODI was vital towards setting a respectable target, while the five wickets between them in the second half of the game sealed victory for the visitors and also put an end to the Cape Town hoodoo. While both Shehzad and Maqsood have somewhat cemented their place in the eleven, the question is, can Bhatti or Ali be useful to the team once athletic Umar Gul and Danger Man Mohammad Irfan return to the side?

In my opinion, Ali might have to pack his bags for a while and consult various coaches in order to get better, if he wishes to earn a regular spot in the team. His fighting spirit is commendable but a lot of work needs to be done if he wants to become a star on international level. On the other hand though, Bhatti can be the glue that could hold the whole team together. Pakistan has always been considered a fast bowler factory in the eyes of the cricketing world, one which has continued to deliver persistently over the years. However, there is much more to Bhatti than being Pakistan’s newest speed demon. Not only can he consistently clock over 140 kilometres per hour, he has also proven to be a yorker specialist, mastering the art of bowling in the block hole. Add reverse swing to the equation and things get much more interesting. It might be too early in his short career to comment on his importance, but his overall aggressive intent and never-say-die attitude surely show no signs of the youngster getting complacent.

Bowling aside, Bhatti has acted as a pinch hitter of sorts in his short international limited overs career so far. Considered as an all-rounder in domestic cricket, Bhatti’s powerful stroke-play at the end of the innings has brought balance to a fragile Pakistan’s batting order. He has that killer instinct of a fast bowler and the self-belief of a lower order batsman, which makes him a very dangerous asset in the Pakistani squad. Pakistan’s stability as a limited overs side can be very flimsy. The batting order is lead by a promising and stylish opener, Shehzad along with a completely out of form Nasir Jamshed.

At number three, possibly the most important batting position of all, comes in off-spinner and part time batsman Mohammad Hafeez. In the middle order we have an unorthodox rock in Misbahul Haq and a feisty Maqsood.

Umar Akmal and Shahid Afridi come in next, the little said about their batting the better. After these seven players, Pakistan’s tail is in, which doesn’t have a lot of potential to wag its way to a respectable total.

This is where Bhatti can bring in the change.

Unlike Wahab Riaz, Bhatti has scored two centuries in first class cricket and is a legitimate bowling all-rounder. If he can consistently score 20 to 30 odd runs at the end of the innings, he can reincarnate the bowling all-rounder spot for the Pakistan cricket team, which has been void since the golden days of Azhar Mahmood and Abdul Razzaq.

The best part about Bhatti’s inclusion is that the team is not forced to compromise in the bowling department, as it still consists of four front line bowlers and one Afridi. Shahid Afridi bowls during the second One Day International (ODI) Cricket Match between Pakistan and South Africa at the St Georges Cricket Ground in Port Elizabeth on November 27, 2013. Photo: AFP

One worry that could trouble the captain and team management is if Bhatti is to become a regular, which fast bowler will pave the way for him?

Should Gul be axed due to his injury prone nature and time away from cricket?

Should Junaid be sidelined because he can’t bat as well as Bhatti?

Should Bhatti be saved for the future, when ageing Mohammad Irfan hangs his boots?

The answer to all these questions is simple: apply the “Rotation Policy”.

Pakistan has played five tests, 13 ODIs and five T20 internationals against South Africa in 2013. I strongly suggest the team management take a leaf out of the opposition’s book and stop exhausting their fast bowlers.

Irfan is over seven feet tall and 31 years of age. If Pakistan is to utilise him to the maximum, playing him in every single game is not the solution. Irfan and Gul should be rotated while the stronger and much sturdier bodies of Junaid Khan and Bhatti should be used to their full potential. By this, I do not mean that the young speedsters don’t require rest, but simply that their fitness level is higher than that of Gul and Irfan.

Of course, conditions do not always favour three seam bowlers, so a third spinner could be added to the line-up accordingly. With spin sensations like Zulfiqar Baba, Raza Hasan and Abdur Rehman in the ranks, this substitution shouldn’t be an issue. As Mahendra Singh Dhoni likes to put it, Pakistan too should play ‘Horses for Courses’ and field an eleven that is most suited to the playing conditions.

It is not wrong to rejoice the historic triumph in South Africa, but that doesn’t mean team Pakistan should ignore all their flaws, that could seriously haunt them in their upcoming series against Sri Lanka.

Some of these flaws include: Umar Akmal (R) reacts after being hit by a ball on the knee as South Africa’s Hashim Amla watches on November 27, 2013 during the second One Day International (ODI) cricket match at the St Georges Cricket Ground in Port Elizabeth. Photo: AFP Smart and brave decisions need to be made and only then can Pakistan reach heights comparable to the 90s. It is time to build the future.