What we don’t know will hurt us 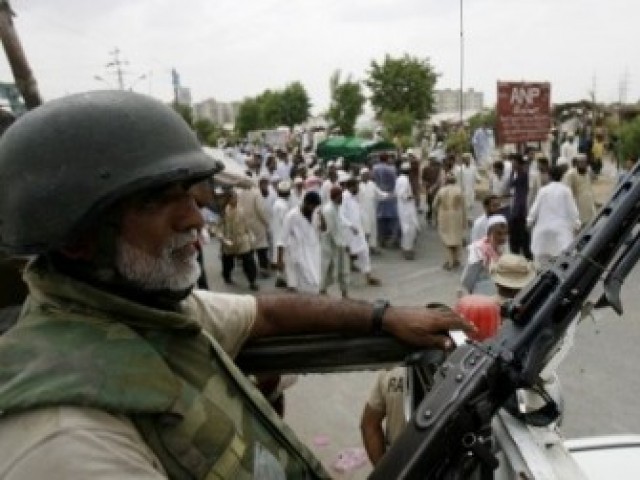 An overzealous media sniffing a tectonic shift in Islamabad, readied itself in obvious enthusiasm to cover the news of the expected ‘change’. Unsurprisingly, nothing happened.

The troika resolved to protect the current dispensation…the self-proclaimed defenders of what they choose to call ‘democracy’, while the reality of Pakistan is closer to that of a kleptocracy.

If we were in a democratic polity, decisions that alter the destiny of nations wouldn’t be made behind closed doors, through inoculators, with gentle nudging and helpful prodding of US and Saudi diplomats.

We have a President who in dubious circumstances inherited the leadership of his slain wife’s party, who refuses to declare his assets, pay his taxes and face legal proceedings. We have a host of ministers who have benefited for the infamous NRO, are accused of corruption, and rather than clearing their names hide behind counter claims of political victimization. The COAS, who has received applause for his support of democracy, is the same person who negotiated with Benazir on her return, authored the NRO and was one of the individuals who sat the Chief Justice down and demanded his resignation on that fateful day in 2007 at the Army house. Those who will not submit to accountability position themselves as champions of democracy.  Really?

The troika has meetings, they claim to be protecting democracy, however, they seem unwilling to let the general public, who they are sworn to serve, in on what is going on. The President recently declared that he felt betrayed. He had been betrayed by “players of the game”. What is going on? What deals have or are being made? Would anyone care to illuminate the people of Pakistan?

Exxtra-Judicial killings: Tell the public what you know

A couple of video clips have been circulating of army personnel involved in extra-judicial killings and beatings of captured militants. For several days the Pakistani media offered no coverage of the news of the circulating videos. Only after foreign journalists started reporting on the events did the local media care to publish the news.

The duplicity is annoyingly obvious. Articles published in the local press, contain clear denials and claims that the videos are conspiracies against the military. There is no suggestion up till today, of any investigation or any explanation.

However, to the foreign press the same news comes with either Pakistani officials promising to investigate, or muted denials the incidents or retired Pakistani officers claiming that the videos are authentic.

There has long been a chorus of accusations surrounding extra-judicial killings. The HRCP estimates up to 273 deaths. Either way, remaining silent and not even offering the Pakistani people a transparent insight into the to an institution that society warrants to take up arms is offensive to the spirit of the constitution and the claims of discipline within the military that so many people are proud of.  Can we please have some accountability?

Bankrupt: who has the numbers?

The finance minister has stated that we are broke. The President is suggesting a one-off tax on the affluent (why it should be one off is beyond me? Is he suggesting that the rich pay a tax for a year, and then they can be exempted while the salary class continue to bear the burden?), the IMF has not released a long overdue tranche, with aid and support for reconstruction and support post flood nowhere near what is required.

In the midst of the economic turmoil came news that the military has been granted a Rs. 110 Billion increase in this year’s budget, taking it up to Rs. 552 Billion. Adding in military pensions which are now included in the civilian budget takes spending on the military well beyond Rs. 600 Billion.

In a period when the military is dealing with an insurgency and supporting relief efforts such an increase is not unexpected. However, rather than presenting this information in parliament or making it known to the people of Pakistan, it seems that the government of Pakistan is more transparent in its dealings with the IMF than with its own people. Little else has emerged regarding for what the funds have been allocated from? No one really seems to care; perhaps they don’t expect to get an honest answer.

What are we doing about Nato attacks?

The recent escalation in drone and helicopter gunship attacks that left three Frontier Corps personnel dead, predictably lead to mass outrage. This is not the first time a cross border attack has left Pakistani personnel dead. 11 were killed in a similar incident in 2008. Then nothing happened, and today nothing has happened. While NATO trucks were stopped from crossing the Torkham Border.

Everyone hailed Pakistan’s action as a display of our sovereignty; all the while the border at Chaman remained open. Were we actually stopping the NATO supplies as a sign of protest, or were they stopped for their own protection?

The military runs Pakistan’s policy towards Afghanistan, however, the military doesn’t seem to clarify what our stance towards hot pursuit by NATO forces, the claims that the CIA runs a mercenary Afghan army that crosses into Pakistan, and reports that NATO may pursue retreating militants up to 6 miles into Pakistani territory is.

The military seems content to allow Rehman Malik to make statements about possible reaction to NATO’s “aggression” and how it is so “intolerable”.

The people of Pakistan have a right to know what is going on.

The lack of transparency and accountability is obvious. Though, measures to bring about  any improvement seems unlikely. Rather than becoming more open, it seems as if things are getting even more murky

What is hidden is the nefarious and self-centred power struggle between political parties and state institutions. Our medias obsession with following this soap-opera insures that instability dominates our polity, and the Pakistani man and women remain on the edge of their seat waiting for the next great “change” to come.

P.S. Over 20 million people remain affected by the recent floods. Though there is a lot of news that fills our screens, the shenanigans in Rawalpindi and Islamabad must not be allowed to divert attention away from the mass suffering of our fellow Pakistani’s.