Pakistan, a song of love and brotherhood 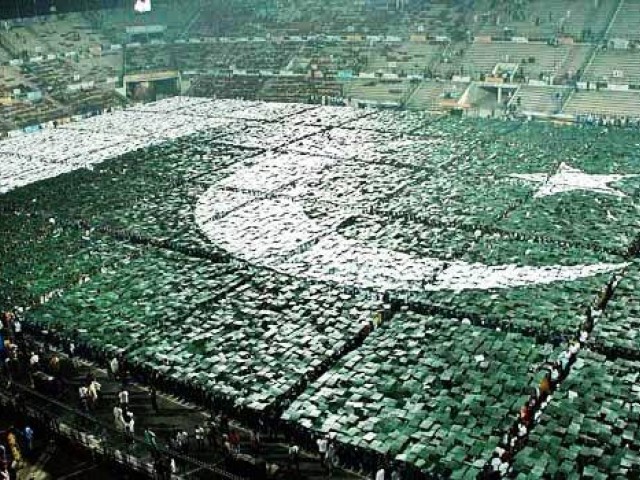 History tells us that all great nations were once not great. A nation like America had been war struck for more than 100 years. Racial inequality was at its peak in America. The economy was badly affected eight years ago.

England too was war ridden for many years. China was once a collection of divided people with vastly differing aims. All great nations faced a plethora of problems before they became truly great.

A citizen of the great Pakistan. Photo: Salman Javed

I am citizen of a country where,

And the moon sees darkness.

But, every day, I smile and

Tell the earth that there will be peace,

I tell the sky that there will be justice,

And the sun that there will be prosperity,

The stars that there will be great cities,

And the moon that there will be lights with hope,

On my land ‘Pakistan’.

When I look at Pakistan, something spiritual awakens deepens deep inside me, a sense of holiness towards my country.

Even the mere mention of its name warms my blood. Its quiet greatness is palpable.

This land is very different from all the other lands described above; the smell of its soil is full of hope.

This nation is very different from all the other nations; it has the courage that no other nation has on earth.

It is the land of dreamers.

It is home to great poets like Allama Iqbal and Faiz Ahmed Faiz. The soil of this land has tasted the blood of martyrs like Major Aziz Bhatti Shaheed.

A land where the definition of struggle lies within our spirits; a land of Sufis.

This land has given birth to legends, ones about who chapters in history were written.

I believe that one day this land will bring a Jinnah.

This land will welcome an Iqbal.

This soil will taste the blood of Aziz Bhatti.

This land will be a place of justice and dignity.

This land will be an example of true struggle with a true spirit.

Legends will be born on this land and they will make the flag of Pakistan a shadow of peace and its anthem, a song of love and brotherhood.

Yes, I believe it will happen.

A software engineering student who believes in hope, love, peace and the struggle for peace. His interests include photography and his mission is to make the world a peaceful place to live in. He tweets as @salman4peace

The story of Pakistan: I am a dreamer but I am not the only one