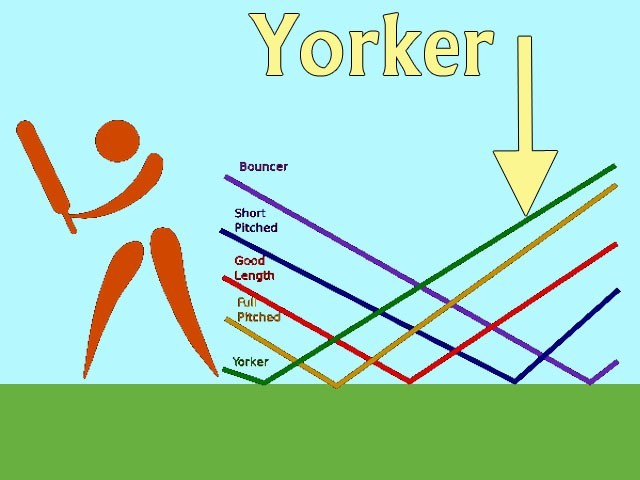 There was a time when yorkers used to be the favoured delivery of every seam bowler, especially in those matches that had limited overs. This was usually played when the opposing team was looking for quick runs, towards the end of an inning.

If played perfectly, the yorker is a delivery that is almost impossible to hit. Even the most accomplished of batsmen face difficulty trying to get a yorker bowled at a fast pace.

Pakistan had bowlers who could deliver yorkers almost at will.

Sultans of Swing (Wasim Akram and Waqar Younis) had mastered the art in the ‘90s and, then we had the likes of Shoaib Akhtar and Umar Gul who would use this weapon to stop the run flow.

Gul has recently earned the ICC T20 International Performance of the Year Award, though the wickets taken by him during the winning performance were not due to the toe crushers.

Yorker was not only a defensive delivery but an attacking option that consistently brought wickets.

I still remember the days of toe-crushers delivered by Waqar Younis so consistently that having been bowled by such a delivery was termed ‘Waqared’. Even when these bowlers did get the yorker wrong – as it is a difficult delivery to bowl – unless things went terribly wrong, the resulting low full toss was still hard to hit.

But alas, those days are long gone. We no longer have the bowlers who can bowl yorkers consistently.

With bowlers like Junaid Khan, Sohail Tanvir and Wahab Riaz, you do see a yorker here or there but mostly it is rubbish delivery. The length ball, which they perform during the death overs, are easy picking for the opposing batsmen, leading to an average of 10-15 runs per over.

This problem is not specific to Pakistan. Bowlers all around the world have lost their ability to fire in those quick toe-crushing missiles as has been evident by the inflating limited over scores. A case in point would be a match from the recently finished India-Australia series which was a deathbed for the bowlers.

Ishant Sharma kept bowling length while James Faulkner kept hitting him to all parts of the ground. It just may be that the bowlers do not want to put in the extra efforts as a yorker is a difficult delivery to bowl in comparison to a bouncer, putting extra strain on the body.

With improving standards of coaching and increasing use of video analysis and techniques for match preparation, deadly bowling standards seem to be in continuous free fall.

The best way to counter the run scoring during aggressive overs is to bring back the yorker!