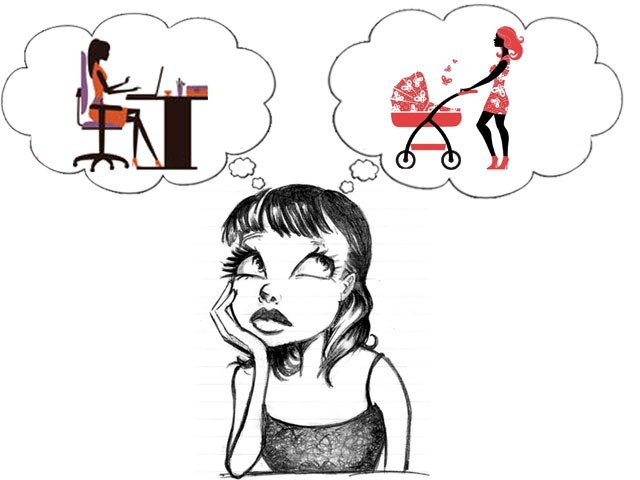 I want to live in a world where a young woman’s promotion at work is applauded with the same enthusiasm as her engagement.

Recently, I posted an article on Facebook titled, ‘Sorry but being a mother is not the most important job in the world’ only to be faced with the wrath of many women, both with and without children, about how insensitive this article was and how I would never understand the importance of motherhood until I had my own child.

The reaction I received to the post points to two things.

First, perhaps understandably, the reactions seemed to be based on emotions rather than a critical reading of what the article actually says. The author is in no way trying to deride or ridicule the importance of motherhood but, on the contrary, says that motherhood is more than simply a ‘job’ and is a permanent relationship that one cannot quit, take a vacation from or earn a salary out of.

The other point of the article is that by classifying being a mother as ‘the most important job in the world’, it takes away from the importance of other relationships such as gay parents, single fathers, grandparents or other guardians. Making such a statement has a tendency to reduce women to just that, ‘a mother’, when her aspirations and identity should extend much beyond that.

What was more disturbing than the misinterpretation of the article was the notion that since I had no children of my own, I wasn’t entitled to have an opinion about motherhood. While I might not have given birth or raised a child yet, I still do have the capacity to think, reflect and formulate opinions. Such patronising statements are not only offensive, but they make little sense. It’s similar to saying,

“Since I have never been hit by a drone, I have no right to have an opinion for or against drone strikes”

“Since I am not African American, I have no right to support the civil liberties movement.”

Such statements also shed light on the deep seated bias and stigma our society has against women who are single, childless and dare to prioritise a career over marriage and parenting. So much value is placed on marriage and reproduction, and next to nothing on a woman’s professional or other achievements.

While the birth of a child is celebrated with great fervour and the new mother finds herself more respected by society and her family, especially if she ‘it’s a boy’, a woman’s promotion at work is hardly recognised. I am not saying that one should be valued over the other, but that women’s professional aspirations and achievements are so undervalued that it actually makes life for a young, single, working woman incredibly difficult.

Even though many single, young women work full time, live on their own and take full financial responsibility for themselves, society assumes that they are still being taken care of by their fathers or guardians. The 40 hours, or more, of work they do every week is treated as a hobby and a way to bide their time until they find a suitable match and thus, are ‘truly fulfilled’ in life.

It is frustrating when a woman commands more respect simply because she has a child as opposed to one who has successfully published a paper, gotten a salary increment or reached any other sort of professional landmark. Again, I am not saying one is better than the other, but they are both life choices made by individuals and that they should both be equally respected in their own right.

I want to live in a society where marriage and children are not seen as a necessity to living a meaningful life, but rather a choice that women and men make because it is something that they want.

I want to live in a world where a young woman’s promotion at work is applauded with the same enthusiasm as her engagement. A world where the respect and acceptance you command from a society comes not from your marital status or how fertile you are, but because of the person you are and aspire to be.

Manages the Transparency Program at Open Society Foundation Pakistan and is an MSc from the London School of Economics and Political Science. She tweets as @NataliaTariq87 (twitter.com/NataliaTariq87 Facebook profile: (www.facebook.com/natalia.tariq.3)