Stuck in the concrete jungle of the corporate world, with nowhere left to go… 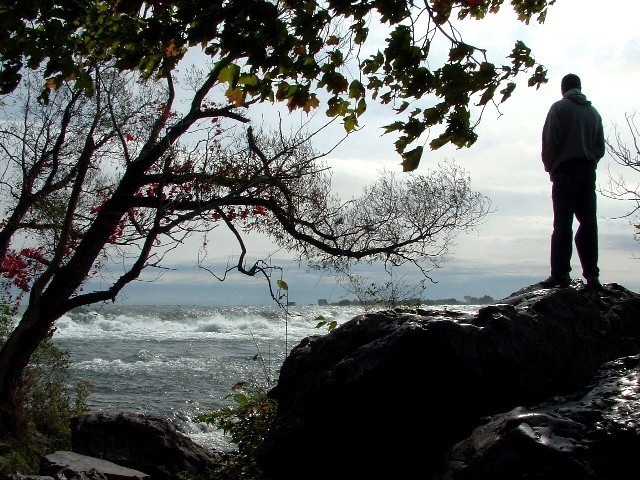 He was an icon of success, lived a luxurious life, had many friends, but he was weighed down by the loneliness that plagues the modern corporate world. PHOTO: FILE

He tried to say something. But no sound came out of his mouth.

He had not spoken to anyone in years. Perhaps, the muscles in his throat had become weak and inactive. He used to talk to himself a lot in the first few days, weeks and months. But then he lost interest even in his own voice and soon silence replaced it all.

Silence had become his only companion. Silence accompanied him every minute, every second of the day.

He had tried so hard to break the silence at times.

He hit his chains and shackles on the walls, rubbing them against each other; only to try and believe that his ears were still functioning… metal against metal, metal against walls, metal against flesh and flesh against stone.

Even that sound had become distant and weak with time… and he had accepted the silence as it was.

Sometimes in his dreams, he would see those chains and shackles on the floor, laying still without a sound or movement – the metal shining. His hands and feet were free and weightless and he could walk three steps forward and three steps back in that tiny space.

Waking up from the dream, he would always have a feeling of dizziness, of falling… back to reality… back to the bitter cold and hardness of the naked stone underneath his frail body.

He had once heard the saying,

“Loneliness so deep and strong that your own shadow leaves you.”

Now he understood what that actually meant and how this analogy was not merely an analogy or an example.

It was the harsh truth, the bitter reality.

There was no light in that cold, empty, lonely place and he had actually not seen his own shadow for a long, long time. Although his eyes could see the vague outline of the steel door and the four uneven, rough walls around him, he had no idea what this place really looked like. There was a small crevice under the door and at times a bright yellow light would filter through from the other side. He would wait anxiously to see that light through the tiny crevice.

And sometimes, along with that light he could smell jasmine as if there was a garden somewhere far away on the other side of the door.

When he did not dream of the chains and shackles, he would dream of the crevice under the door becoming bigger and wider… until he could slip out of the door and stand up straight. His feet would feel the floor, so much smoother and cleaner than the place he had been trapped in. The yellow light would hurt his eyes until they adjusted to the brightness, colours and scenery after so long.

He would marvel at the beautiful garden with several exquisite fountains and the sound of flowing water would be music to his ears, after the endless silence he had endured.

In the dream he would be standing in the centre of this garden, looking up at the night sky ablaze with a full moon and millions of stars. He would watch the water in the fountains and be mesmerised by the simple sounds and beauty of all the insects, birds and flowers.

He would see the delicate jasmine flowers that he had smelt so often. He would reach out to touch them but before he would be able to do so, a voice called out,

The voice snapped him out of his delirium… back to reality…

The bar-tender was looking at him suspiciously, as if wary of his sanity. He was saying for the fourth time,

He looked around at all the strangers in this over-crowded place, trying to snap out of his delirium.

He looked down at his impeccable Italian suit and the expensive watch on his wrist and reassured himself that he was indeed, a highly successful man, living in one of the most ‘happening’ cities of the world, in a comfortable and luxurious penthouse located in the most posh area.

He shook his head, realising that his vision of solitary confinement was nothing but an expression of the extreme loneliness that most people like him felt in the world today – a world where one has several hundred ‘so-called’ friends and followers on their phones, WhatsApp, Twitter and Facebook accounts, but deep inside they are as lonely and miserable as the man in that vision… a lonely soul.

He pulled out some cash from his designer leather wallet and threw it on the bill, still feeling the weight of those imaginary chains and shackles on his body.

He walked out knowing that tomorrow would be just another tough day – a battle of survival and one-upmanship in the concrete jungle of the modern corporate world.