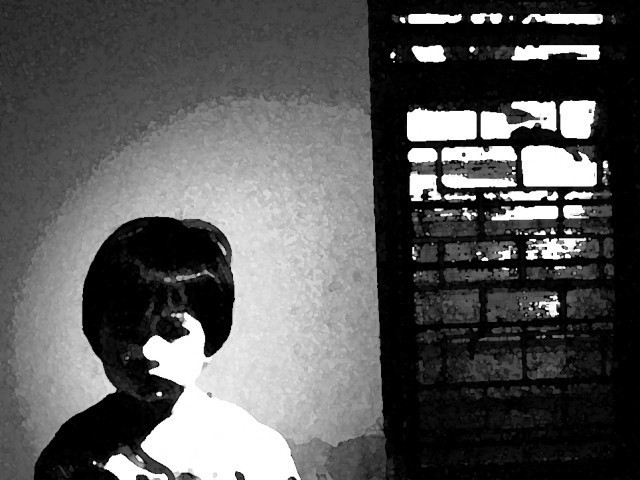 There is a common myth about sexual abuse. Many people believe that boys cannot be abused and even if they are, they argue that sexual abuse is less harmful to boys than to girls.

This myth also implies that boys and men cannot be sexually abused because they are better able to protect themselves. Men are not considered vulnerable – psychically or emotionally. However, one must understand that boys are not men; they are mere children who are as defenceless as girls and can too be weak whence trying to protect themselves against predators.

According to the Rozan Annual Report 2011-12 2,303 children were abused in Pakistan in 2011. However, crime is grossly under reported and both, boys and girls are equally vulnerable to child sexual abuse. Aangan’s analysis of 200 client letters published in 2006 revealed that 49% of the abused children were girls while 51% were boys. Moreover, the percentage of children abused by their own relatives was the highest, followed by acquaintances and then strangers.

A major cause behind the rapid increase in the number of child abuse cases in Pakistan has been the denial of family and other members of the society towards the issue.

After I shared Humera’s story, five other friends found the courage to share the ordeal and years of suffering that they had gone through – and four out of these five, happened to be boys.

Haider* who is 23-years-old now, is one such boy who wanted to share his story in the hope that it would help him and others break their silence and speak up for themselves.

Haider was adopted by his aunt right after he was born due to certain family issues. His abuse started when he was four-years-old. His abuser was a close relative and a trust worthy person. He was very affectionate towards Haider, at times more than he was to his own children. Haider’s aunt had to leave town for a week due to some emergency when he was four-years-old and she left little Haider in the supervision of this uncle and his family.

The uncle treated the boy nicely and gave him toys, candies and everything that he asked for. However, after a few days the uncle’s family also left for two days, leaving Haider alone with him. This was when the uncle started molesting him. Being a four-year-old child, Haider did not understand what was happening, he was unable to stop it and he did not tell anyone about the incident.

Following this incident, the uncle started to visit Haider’s aunt quite often and brought chocolates and gifts for the boy every time. Whenever he got the chance to be alone with the boy, he molested him. It was only when Haider turned seven that he realised that his uncle’s behaviour seemed odd and inappropriate. Then, he began to avoid talking to him or being alone with him.

One day when he was coming home from school, his uncle stopped by and asked him if he needed a ride. Haider refused to go with him but his uncle pulled a knife and threatened to hurt him if he refused to go along. He then took Haider to a secluded place and abused him, after which he warned him not to tell anyone about it.

As a mere seven-year-old, Haider began to hate himself for a sin that someone else was committing. He tried telling his friends about what was happening but they made fun of him, called him funny names and taunted him because of his disturbed personality.

Haider’s uncle continued to frequently abuse him and this went on until Haider turned 16. His aunt went away for some work again and his uncle took advantage of the situation. He took Haider to his house where he, along with four of his friends, abused the 16-year-old all night. This continued for several months and his ordeal came to an end only when his aunt moved to another place.

However, his uncle continued to haunt him by calling and messaging him regularly.

As time passed, no one listened to or believed Haider’s story and eventually he became quiet and withdrawn. He started to channel his depression and low self-esteem by cutting himself with a blade.

Although years have passed, Haider still resorts to self-injury when the emotional and psychological trauma of living with his insecurities becomes unbearable. He has tried to end his life twice because people refused to believe him. This rejection from family members and the fact that his abuser holds a strong image in the family keeps him from sharing his issues with his family.

One instance of his family’s insensitive reaction was when one of his siblings who holds a bachelors degree in Psychology told him and other family members that Haider was ‘not-normal’. He went on to claim that Haider had personality disorders due to his disturbed nature, depression, habit of talking to himself and keeping himself isolated from others. Ironically, he listed the symptoms of Haider’s problems as the problem itself, rather than trying to find the reasons behind his suicidal behaviour.

In spite of the mental agony that he continues to go through, Haider still struggles with his nightmares in the hope that one day his miseries will come to an end. He has not sought psychological help because he fears talking to new people and the memories that he will have to re-live due to the questions that they will put him through.

We all have friends who probably try to live normal lives but carry dark and painful secrets that they refuse to share with their friends and loved ones, simply because they fear facing denial and being judged. Whether one is male or female, sexual abuse may occur for a few seconds but its psychological impact lasts for years and male victims go through the same emotional trauma that females go through and hence, deserve equal support.

Our society’s denials and self-satisfying beliefs that males cannot be abused, and adopting a ‘brush-it-under-the-carpet’ attitude cannot change the truth. It is imperative to let go of such myths and embrace reality so that male victims feel inspired and empowered enough to break the silence and seek help.

Only then can we hope to bring an end to this horrendous crime.

This article was written and shared with full consent of the victim and the name has been changed to protect the victim’s identity.

A student pursuing an MBA degree, Tehniat likes to write about child abuse and topics of social awareness. She likes to read and tweets as @Tehniat08 twitter.com/Tehniat08

Child abuse: Silence is never the solution, be a fighter!