Ayodhya verdict: It’s not over yet 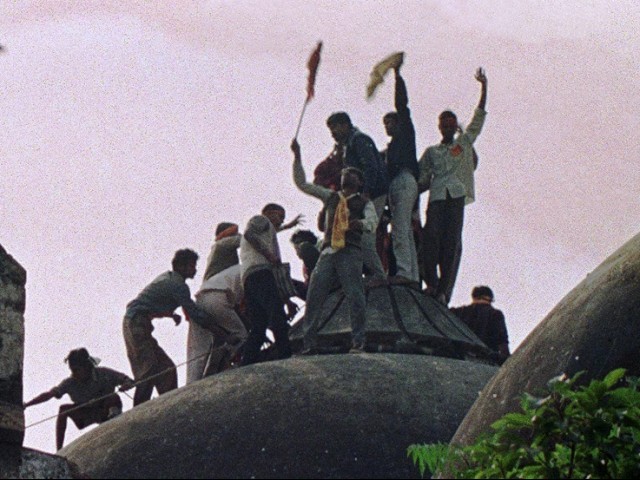 The verdict on the Ayodhya dispute is out. But what can you say about a verdict that leaves no winner and no loser, and that too on an issue that has claimed thousands of lives and is as old as independent India itself.

As the decision dividing the of the site of 16th century Babri mosque between Hindus , Muslims and a Sikh sect in to equal ratios each was flashed on tv screens, voices from across the border declared that “modern day India has nothing to do with Hindu extremists.”

Among them was renowned journalist Kuldip Nayar (view video here). He denies that urban Indians are affected by this verdict in any way or that they even care at all. But the fact is that an appeal was made asking for the verdict to be delayed until the controversial Commonwealth games ended – an appeal that was rejected by the Supreme Court. The release of Bollywood movie Anjaana Anjaani was also delayed so it would not coincide with the ruling. Additionally, Indians working in the MNCs have been receiving and forwarding text messages to brace themselves for the aftermath of the court announcement.

This is probably one of the many reasons why the Lucknow bench of the Allahabad High Court played it safe. Maintain the status quo for the next three months and everyone in India will appeal the decision. The responsibility now lies with the Indian Supreme Court to give a decision that would prevent violence from erupting in the biggest secular power in the world where around 60 per cent of communal skirmishes took place post 1992, when the mosque was demolished.

So the test of India’s secular soul and the Congress’ political acumen continues. The result is still to come out. Till that time comes, security needs to be on high alert as the saffron extremists could strike at any time and that is what neutral forces in India fear the most.