Rawalpindi violence: Where is our humanity? 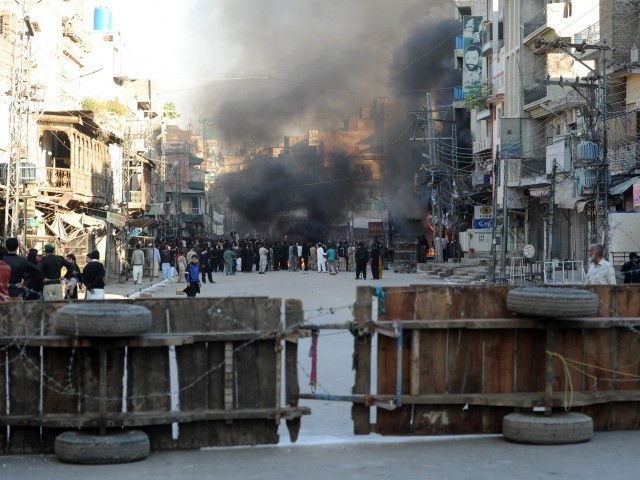 It has become a recurring story now.

The same news stories reappear on our television screens every Muharram, be it the Ashura procession in Karachi a few years ago, to the one in Rawalpindi this year.

Every year when Muharram comes about, there is a little voice inside all of us which warns us to expect that religious fundamentalists, in some parts of Pakistan, will try their utter best to ruin a peaceful Ashura procession. And sadly, this voice usually turns out to be correct.

I have been fortunate enough to spend some part of my life in Rawalpindi and Islamabad. To me, these joint cities always portrayed a sense of serenity and calmness, as compared to the rest of Pakistan. While the rest of the country was moving at the speed of light, you always felt that these two cities were somewhat more relaxed and offered a lot more peace of mind.

It is tragic that Rawalpindi too has succumbed to sectarian violence.

The story seems to be the same wherever you go, the only difference being that sectarian violence has taken an upward turn in the last 20 odd years.

Whether you look at the Rawalpindi incident in isolation, or you observe it alongside the plethora of other such incidents, the outcome is always the same and it always begs the same question – are we devoid of any tolerant bones in our body?

When looking at the Rawalpindi incident, some people point out that the Ashura procession should not have been allowed to pass by a sectarian mosque as it added fuel to an already explosive situation. While not allowing the procession to pass by the sectarian mosque might have helped, it is only a temporary solution, not a permanent one.

A permanent solution revolves around something at a much larger scale.

I could give you the used and abused old solution of changing the mindset of people before we change anything else, but it seems like that is now completely futile.

We are going through the lowest ebb of our existence as a nation today. This is something that has been documented before and it is something that will be documented countless times again, primarily because it’s true and the sooner we accept and realise this, the better.

Nothing could be further from the truth.

We, as Pakistanis, are the ones who are out to plot our downfall. It is us and us alone. There is a reason why the western world points fingers at us and the reason is built into our own shortcomings — nothing more, nothing less.

Ashura processions take place in other parts of the world too. But why does Pakistan end up as the hub of all sectarian violence?

Bear in mind, it’s not like we are a peaceful lot outside of Muharram. We make it point to outdo our own heinous acts every time and then on top of it all, we inflate our chests and fly the flag of religion high.

We murder Ahmadis but call ourselves perfect Muslims.

We burn down Christian homes but claim we are following Islam in its purest sense.

We are not perfect Muslims. As harsh as it sounds, we are not even perfect humans – we are far from it.

One of the basic traits of humanity is being tolerant. Take a look at yourself and then take a look at what’s happening around you. Being a good human is a discussion for another day. Right now this country just needs to focus on being human.