Ashura’s message: Looking away, being indifferent is not an option 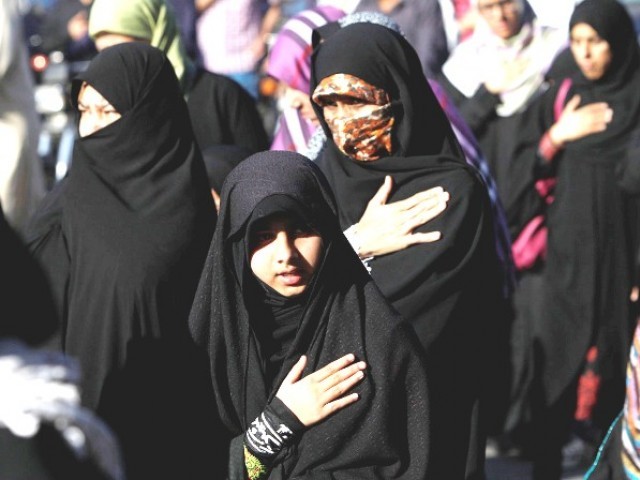 What’s more important, actually, is the stuff we all agree upon; the stature of those who were martyred that day, what they stood for and how we can draw lessons from that fateful day for our present day. PHOTO: REUTERS

There are days when one just wants to give up and look the other way. Become indifferent. The inner argument is,

“What difference can I make, realistically?”

I recall feeling that way so many times. Like when I see “small” things like bribes being taken and given in front of me. That gnawing feeling, when people in your area steal water through suction pumps and you are the idiot who doesn’t do it because you think it’s wrong.

Worse still, is the feeling you get if you stay quiet when you see a close relative scolding a small child, working as domestic help, and holding back his salary as a form of reprimand. When someone in a position of power refuses to get their baggage scanned at the airport and breaks the queue conveniently, while the labourer going to Dubai in his chappals is met with dismissive glances and extraordinary checks.

Killers and goons go scot-free. The weak relent, simply because there is no option. The mightier becomes stronger. The system supports it — the jungle raaj, where might is still the biggest right.

An initially reluctant and then habitual silence follows. We don’t say anything to anyone. Not even politely. The world looks on. Or looks away.

Imam Hussain (ra) could have looked the other way, but he didn’t.

And so Imam Hussain (ra) chose the tougher path. The road less travelled. The 9th and 10th of Muharram, year after year, reminds me of exactly this.

It is irrelevant whether I am Sunni or Shia. I say this because that is what people quizzically ask me whenever I express love for the Prophet’s (pbuh) family or talk about lessons from Muharram.

Coming back to what today means to me, what I do know is what I need to know. I learn this from what happened at Karbala, among countless other lessons, that the grandson of Allah’s beloved (pbuh) stood firm on his ground and chose to be martyred rather than live a life where one makes the choice of brushing injustice under the carpet and pretending it never happened.

There is a story I remember reading in context of the explanation of a part of the Quran. It is the story of a people who disobeyed God in a crucial matter and consequently faced punishment. The story tells us that in that town, there were three groups of people; those who defiantly sinned, those who did not sin but remained silent and, those who did not sin and also tried to persuade the disobedient ones to stop.

In the end, God only forgave the third group.

What’s important, however, is how we make our voice heard. A lot of tact, wisdom and sincerity is required, as is empathy.

As I entered work today, I overheard at least three different conversations on different tables where small groups animatedly talked about what actually happened at Karbala; the how, the why and the many versions of history were spoken about.

What’s more important, actually, is the stuff we all agree upon. The stature of those who were martyred that day, what they stood for and how we can draw lessons from that fateful day for our present day. We channelise energies arguing, debating and proving that we are right and the other is wrong, instead of focusing on what Karbala teaches us all:

Looking away is simply not an option.