Once upon a time, there were two travellers – one Pakistani and one Indian 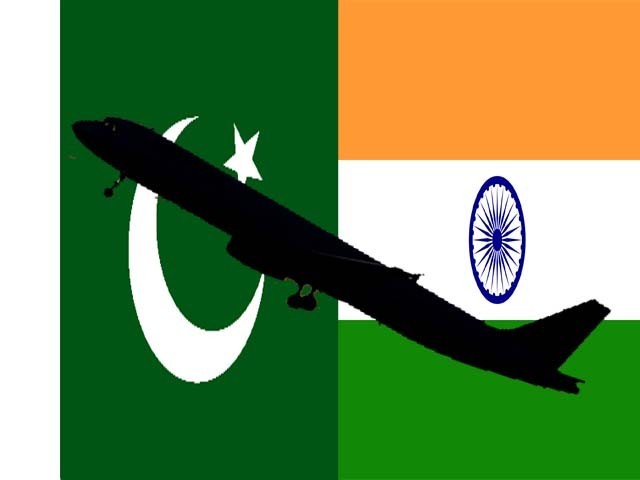 The enforced intimacy and relative anonymity on long haul flights is the elixir for many interesting conversations and soon enough we make tentative moves towards starting the conversation.

It was a late Friday evening in Chicago. After working the full day, I rushed to O’Hare International Airport, to catch a flight to the United Arab Emirates (UAE) on my way to Delhi.

It was a short impromptu trip to meet my parents and I intended to be back within five days. The past few days had been very hectic at work and I was half hoping that I would be able to catch some sleep in the 14 hours of the first leg of my travel. Of course, an empty middle seat next to mine would be even better, allowing me more room to stretch.

I was one of the first to board and as all the seats filled up slowly, I kept my fingers crossed that the seat next to mine would remain empty. Then, I saw an elderly gentleman walking up slowly, looking at the seat numbers. He turned out to be the passenger in the middle seat.

We did the customary head nod and he slid into the middle seat. It took everyone in the row a few minutes to slip, slide and fit into the space that had narrowed down considerably.

The enforced intimacy and relative anonymity on long haul flights is the elixir for many interesting conversations and soon enough we made tentative moves towards striking up a conversation.

“Hello, I am going to Karachi, how about you?”

“My parents live in Delhi and I live and work here in Chicago.”

By this time we both realised that it was time to switch to Hindi/Urdu for a more comfortable conversation. He continued,

I told him my name. After this exchange, I addressed him as Owaisi Saheb while he called me Manas Bhai. The plane had not left the tarmac yet.

Owaisi Saheb was on his way to attend his late brother’s 40th day ceremony. He told me of his family, brothers and sisters and how he had come to the United States.

“Do you have any connection with India?” I inquire.

“Do you know a place called Muzaffarnagar?” he asked.

“Yes, I know it. It was on the way from the town I grew up in on the outskirts of Delhi and I would visit it for various reasons.”

“My father’s family lived there. He was in the army and moved to Pakistan in 1948.”

I tell him that there is a smaller town near Muzaffarnagar called Khatauli, where I always stopped near the banks of upper Ganges canal for some tea and snacks at the road side dhaba (cafe).

He is completely amazed.

“My uncle’s family lived in Khatauli. Oh my God! What a coincidence!”

By then, we were being served food. Owaisi Saheb saved a bar of chocolate from his tray and gave it to me.

“I have no gifts for you but this should do!”

He reminded me of many uncles of mine – old, gentle, simple and just nice people. I asked him if he had ever visited India.

“I have applied for visa so many times but even with a US passport the Indian consulate refuses. They say, after all, you are a Pakistani. There have been marriages in India of my extended family members that I would have loved to attend.”

I asked him if he had heard any good stories from his father about life in Muzaffarnagar.

He looked at his hands for a while and then said,

“After the partition, when my father decided to move to Karachi, he went to his Hindu neighbour and handed him the keys. The neighbour said ‘I will keep the keys till you come back’.

A year after we arrived in Karachi, my father realised that he had left some important papers back in Muzaffarnagar. He needed those for official purposes, so he went back to collect them, not knowing what to expect. When he got there, he found his house intact and the same lock in place. He collected the keys from the same neighbour and opened the house. The things were placed exactly where they had been the day they left – clothes with needles in them that the women of the household were working on when they left hurriedly were still lying on the table, waiting to be mended and finished. Manas Bhai (brother), even today it is not possible for me to tell this story without my voice shaking.”

We did not talk much after that. Both of us were lost in our own thoughts and sleepy; strangely we seemed to have run out of words.

My layover was short and hence I hurried along to get to my Delhi flight. I looked back at him while leaving and he said,

“InshaAllah”, I replied and went on my way.

This was probably the first time I was not saddened by the fact that the seat next to mine was not empty.

A global market research and consumer insights professional. He has lived and worked in many countries across the world and currently lives in Chicago.