Gravity: Less of a movie, more of an experience 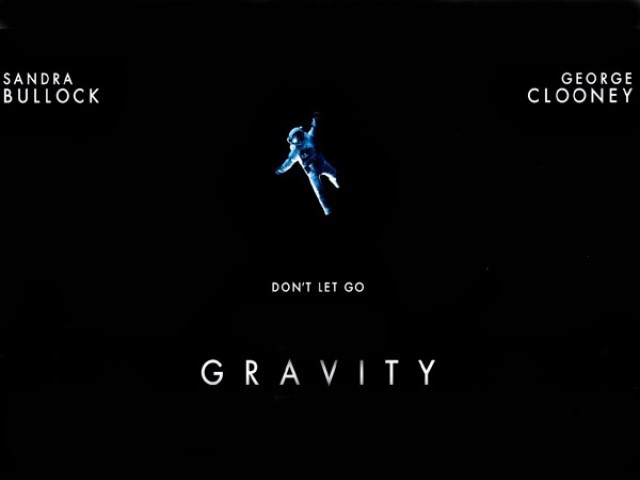 The plot of Gravity, involving Kowalski and Stone stranded in space, is beautifully portrayed in the opening scenes of the movie. Space itself became their adversary. PHOTO: PUBLICITY

Space movies have always enthralled viewers because of their special effects. Gravity’s plot is a typical space survival story but the way the scenes are shot makes Gravity less of a movie and more of an experience where viewers can feel weightlessness, solitude and chills running down their spine.

Director Alfonso Cuaron has taken the concept of space movies to the next level with Gravity. Movies such as 2001: A Space Odyssey, Armageddon, and Apollo 13 are a few from this genre that were box office hits and still have a place in the viewer’s subconscious mind.

[Warning: some spoilers ahead]

In this space disaster flick, Dr Ryan Stone (Sandra Bullock) and Lieutenant  Matt Kowalski (George Clooney) have to survive in space after the debris of a satellite, destroyed by Russia, changes trajectory and hits their space shuttle, Explorer.

Produced by Alfonso Cuaron and Jonas Cuaron, Gravity’s cinematography is such that viewers are bound to remain glued to the screen from the beginning until the end.

The movie is free from cast clutter; where some are in space while the rest are busy heading matters at NASA headquarters. News reporters and family members also add confusion and distract you from the main plot of the film.

Gravity, on the other hand, only has three characters that appear on the screen.

Apart from Bullock and Clooney, the cast also includes Shariff (Paul Sharma), who is a part of the first 10 minutes of the movie until the debris kills him. The supporting cast only makes its presence as voices from Mission Control and the Russian Space Station. This keeps the movie focused on one plot as it tells the story of a surviving astronaut.

Although the movie has quite a few emotional scenes, there are certain moments of humour as well. For instance, in the opening scenes of the movie when Stone is busy fixing the glitch in the system before the debris hits the Explorer, Kowalski joyfully floats in space with the support of his jetpack for he wishes to beat the record of the longest spacewalk in history.

Saw #Gravity and it is brilliantly crafted… it will have plenty of #Oscar nominations @TheAcademy and is well worth checking out!

There are certain scenes in almost every movie that don’t add up towards the final scheme. Also, a film that casts only one or two characters sharing the same camera time can be monotonous. Gravity, however, was carefully planned and thankfully didn’t drag on unnecessarily. The story remains gripping because of Stone’s minute by minute struggle to survive in space.

One epilogue that I particularly like is when Stone is trying to grab the handle of the space shuttle so she isn’t propelled into space and her only hope for survival is the cord attached to the shuttle that is wrapped around her leg.

Kowalski, who doesn’t have fuel for his jetpack, is also trying to save his life by holding on to the same cord. Since his weight is pulling Stone away, Kowalski has no choice but to let go of the cord so that she can get to the shuttle.

As he floats in space moving away from Stone and drifts deeper into the black void, you also feel the loneliness that Stone experiences at that moment.

Kowalski lets go of the cord so that Stone can get to the shuttle. Photo: Publicity

The innovative cameras and digital technology used by Alfonso Cuaron to create the movement of astronauts in space makes Gravity all the more captivating. The cameras move swiftly between the astronauts and the space shuttle with Earth in the backdrop. Cameras were placed on robotic tripods similar to the industrial robots used at an assembly line of an automobile manufacturing factory. This gave the crew ample room and ideas to make scenes that we normally don’t get to see in movies.

Kowalski and Stone float in space while admiring the view. Photo: Publicity

Whether or not Kowalski is dead and whether Stone made it home would be entirely up to the viewer.