Shameful but true: Pakistan laws remain those of our British overlords 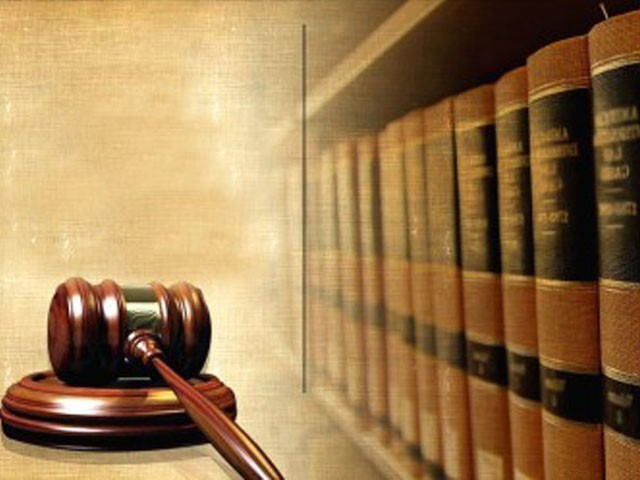 Formalised in 1901, FCR authorises collective punishment; the family or the entire tribe of a suspect can be imprisoned until such time as he gives himself up. People walking on the street can be arrested for intending to commit a crime. PHOTO: FILE

It sounds like something out of ‘Ripley’s Believe It or Not’. Pakistan, in the scheme of things, is a young country. But the laws which govern it are old. Very old.

Consider, for example, the country’s criminal law known as the Pakistan Penal Code. It was enacted in 1860 by the British Raj, Lord Macaulay. It was earlier known as the Indian Penal Code but was renamed after the partition in 1947. It was considered as the Code of Criminal Procedure, the regulation which regulates the functioning of all criminal courts in Pakistan, which was enacted in 1898.

The British Raj ended in 1947 when the subcontinent was partitioned, creating the new nations of Pakistan and India. It made sense at the time for Pakistan, as it found its feet, to retain the legal and administrative structure left by the Raj.

Today, 67 years later, the same laws remain in place. Yes, some minor modifications have been made. These are largely superficial and related to definitions, terminology and temporal adjustments. But, in essence, the entire legal system of Pakistan remains as the British left it.

One could argue that this is a good thing. The British were good administrators. They were, as the saying goes, ‘people who could make the trains run on time’. The laws they left behind are detailed, well written and comprehensive. They worked well, but there is a problem.

The British were invaders and occupiers.

Their intention was to control and subdue the locals so they could enhance their business interests with a minimum of fuss. This was the primary objective of the legal and administrative structure they put in place in the subcontinent. The Penal Code, for example, allowed the police to arrest anyone more or less at will. No warrant was necessary. No proof of wrongdoing needed.

The Income Tax Act authorised a civil servant to summon any taxpayer at any time and if the taxpayer failed to appear at the designated time, his bank accounts could be frozen and assets appropriated. Similar blanket to unchecked authority to arrest, punish, confiscate or restrict basic freedoms without recourse is granted by the legal system to the government.

Interestingly, UK legislation has none of these transgressions. Its driving principle is the protection of individual rights. The fact that the British legislated in one way at home and another in the colonies is not surprising. What is surprising is that we, in Pakistan, continue to run our lives by an alien code.

The FCR applies to the areas that are now called Federally Administered Tribal Areas (FATA), homeland to the fiercely independent Pashtun. The British discovered early, in 1848, that they would not be fully able to control the Pashtun. So the FCR was born, a set of laws that allowed the Pashtun limited independence to live according to their Islamic and tribal traditions. But at the same time it gave the British the right to intervene brutally and vindictively as needed in FATA.

Formalised in 1901, FCR authorises collective punishment; the family or the entire tribe of a suspect can be imprisoned until such time as he gives himself up. People walking on the street can be arrested for intending to commit a crime. There is no right to a trial, to legal representation, or to appeal. A government appointed ‘political agent’ is the judge, the jury and the executioner.

In 2011, a full 110 years after it was enacted, it dawned on Islamabad that the FCR needed to be updated. Some terminology was changed, fines were adjusted for inflation, and women, children and the elderly were excluded from collective punishment.

Other than that, it remains as it was.

While the FCR is especially odious, the quality of one-sidedness it reflects, of imbalance between the power of the state and that of the citizen, permeates the entire legal structure of the British Raj.

The thought that this structure continues to remain our law in Pakistan today when we have been free for 67 years, is unconscionable.