Far from reality: Kankar and its depiction of divorced women 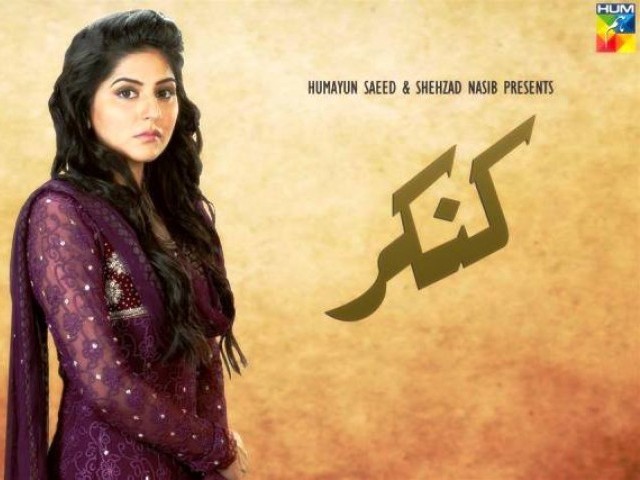 This is why Kankar is poles apart from the truth. In real life, even Adnan would have had second thoughts about marrying Kiran, yet everything is offered to Kiran on a plate. PHOTO: PUBLICITY

When I started watching Kankar, I was happy that there was finally a Pakistani play that depicted a strong independent woman who was not willing to bend down to the whims and fancies of our patriarchal society.

The central character of this Pakistani prime time serial is a brave woman named Kiran standing up to her so called “Mijaazi Khuda” (husband) to fight for her rights. Instead of the usual victimised daughters-in-law, the character is one that many women will be able to relate to and perhaps find hope or salvation in, knowing that it is alright to stand up against domestic abuse.

However in the last two episodes, the play took a dramatic turn towards the usual clichéd Cinderella-finds-her-happy-ending route. The character, who stubbornly demanded a divorce from her abusive husband, has finally decided to remarry. She remarries her cousin, Adnan, who has been smitten by her since the beginning of the serial.

The average abused Pakistani woman, who was until now, weaving dreams for a better future after leaving her husband, finally finds herself without a thread to hold onto. The unfortunate wife, who is mentally and physically tortured every day, knows that if she decides to leave her husband again, she might not find another cousin waiting for her. She will either live the life of an outcast being brandished with the tag of a “Talaaq-e-Aafta” (divorcee) forever or she will have to marry a man twice her age and look after his grown up children. Such possibilities are also hinted in one of the previous episodes, when the matchmaker brings the proposal of a man twice Kiran’s age with children of his own.

Instead of showing her relying on the support of a man to get back on her feet, the play should have focused on the struggles and problems faced by Kiran and how she manages to get through all of them unscathed. This would have rekindled hope in the hearts of women, a hope that divorce is not the end of the world. If they are not content with their husband’s behaviour, they have a way out to a better life without such a man. Sadly, what this play depicts is that a divorced woman is considered a pariah in our society. She is continuously taunted with sentences like:

(It was her fault. If a woman wills, she can either make her home or break it. Marriage is also called compromise. A woman has the patience to bare various hurdles and look at this princess, she has come back to sit at home)

In our country, there are hardly any options for a divorced woman to remarry, even if she is as young as the men because men think it is below their honour to marry a divorcee. The bitter truth being that the only men willing to marry these divorcees are those who are old widowers with married children or men with other agendas on their minds like money, dowry or business, especially if the girl belongs to a rich family.

I have a friend from a wealthy family, who went abroad after marriage. It turned out that her husband had psychological problems and her in-laws had not been honest with her. As a result, she got divorced within three months, at the young age of 24. It’s been four years since then and now she is a doctor, yet nobody is willing to marry her.

Our society is so rigid about divorced women that even the ones who are separated after a nikkah without a rukhsati for whatever reason, are unable to find good proposals. A daughter of my father’s friend had to nullify the nikkah when the boys’ family started making unnecessary demands of them. The family filed for a divorce but the girl was unable to find a proposal for the next two years. She finally got married and had to settle for a boy who, not only was less educated than her but did not even have a proper job. She herself is an engineer.

This is why Kankar is poles apart from the truth. In real life, even Adnan would have had second thoughts about marrying Kiran, yet everything is offered to Kiran on a silver platter. This play also emphasises the patriarchal mindset; a woman can only find happiness if she is able to find a man who loves her. It’s high time our plays started depicting reality instead of making our women believe in fairy tales.

The author is an engineer by profession and a writer by passion. She was a columnist for the youth supplement of Saudi Gazette and has written for Teenstuff, Young Times, Chowk.com and Spider Magazine. A winner of Oxford Short Story Competition 2012. She tweets @raiyatweets and blogs at www.raiyawrites.wordpress.com

Was it a djinn or genetics that was responsible for his strange behaviour?

From jahaiz to chuchak: The burden of having a daughter in the Subcontinent

Stop public shaming this woman on Facebook - you don’t even know her story!

My adventures on a bus!