6 areas where Waar missed the target 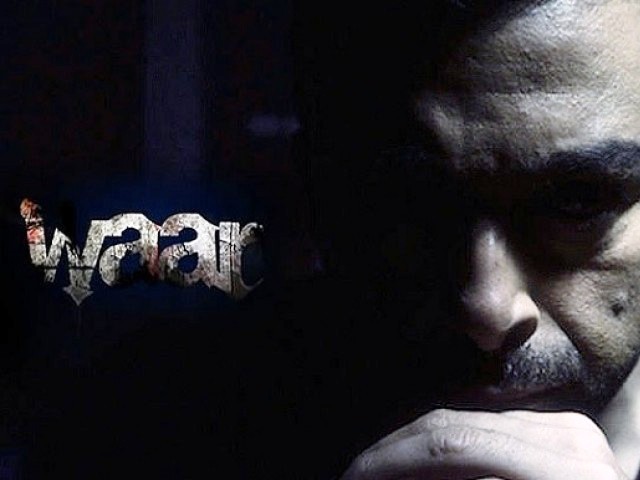 Waar consists some of fundamental flaws which prevent it from hitting the par score when it comes to international film standards. PHOTO: PUBLICITY

It is official. Waar is making coin! The film has shot to Rs10.5 crore within the first ten days of its release, firmly placing in its crosshairs Pakistan’s highest grossing film of all time, Bol.

Waar has also bettered the Pakistani box office performance of Chennai Express, unexpectedly scoring a higher opening day than the Shahrukh Khan masala vehicle. This has been a talking point for many Pakistanis, who have taken the news as a national achievement. Unfortunately, for Waar, the film hasn’t been received as warmly by the nation’s film critics.

Predictably enough, the Pakistani public has been unhappy with the negative reviews. Fans of Waar argue that although the film is admittedly a misfire, it should be praised at the very least for getting the stagnating film industry’s bullet in the gun chamber.

On some level, this is true. The success of films such as Waar and Bol proves that our cinemagoers are willing to watch films that don’t regurgitate the nonsense that comes out of Lollywood.

That being said, Waar consists of fundamental flaws which prevent it from hitting the par score when it comes to international film standards. Granted, that for the inexperienced filmmakers, Waar was a complicated undertaking, but at the end of the day, the film is charging the same ticket price at local cinemas as a good Hollywood blockbuster, and thus must be judged by the same benchmark.

Here are six areas where Waar missed the target:

1. The struggle with English

Waar is most authentic when its characters are engaging in Urdu. Unfortunately, for what I estimate to be 75% of the running time, the film’s dialogue is in English.

Because most of the actors are visibly concentrating on communicating in a language alien to them, they seem to have less energy for their primary function: acting. This results in some hilariously wooden performances, where the players often seem like they are dryly reading words off of cue cards. If the filmmakers were unable to find actors who were comfortable speaking in English, they should have rewritten some of the dialogue.

It isn’t a coincidence that the strongest performances in Waar come from Shaan Shahid (Major Mujtaba), Ayesha Khan (Javeria), and Ali Azmat (Ejaz Khan), as these three out of the entire cast seem most comfortable speaking in English.

Another side effect of Waar’s language fiasco is that while Javeria speaks fluently with a Canadian accent, her brother Ehtesham (Hamza Ali Abbasi), speaks in a manner which reveals a remarkably different background for a person who is supposed to be her sibling!

This phenomenon, where actors perform significantly better in their native language isn’t a new one. Both Chow Yun Fat (Crouching Tiger) and Jet Li (Hero) are far more convincing in Hong Kong cinema as opposed to Hollywood films.

To director Bilal Lashari’s credit, both Ayesha and Ali were given expanded roles in the film after their talent was recognised.

It must be said that the film’s largest letdown in the acting department is Meesha Shafi (Laxmi), who wasn’t always up to her highly challenging role. In fact, some of her scenes were screaming for a retake. Here, the finger must be pointed at Lashari, considering that Mira Nair extracted better mileage from Shafi in The Reluctant Fundamentalist.

The dialogue in Waar is sometimes so poor that the film seems like a spy film parody straight out of the minds of Matt Stone and Trey Parker (Team America: World Police).

One of the most unintentionally hilarious moments in the film is when Major Mujtaba’s frustrated superior screams at him,

“WHEN WILL YOU LET GO OF YOUR PAST?”

One would think that asking a man to quickly get over the trauma of watching his wife and child being killed right in front of him would be just a touch insensitive.

I’ll be honest. I wouldn’t truly enjoy the counterterrorist TV show 24, unless the terrorists were Muslim. You can blame the media all you want, but it just didn’t seem believable enough when it was Austrian nationalists attacking the White House. But when the baddies were Arab? Let’s go Jack Bauer!

So I have no issues with Waar’s evil characters portrayed as Indian spies. But stripping the Indian baddies of all humanity took me out of the narrative. The RAW agents in Waar were bloodthirsty, carried sinister smiles and were constantly hatching unbelievably super evil plans. All that was missing in their campy one-dimensional characterisation was a sinister laugh matched by thunder in the background, with Mini-Me from Austin Powers in the background.

Although Waar features a stellar soundtrack, the filmmakers gave it more love than it deserved, overusing it to the point where it often drowned out the dialogue. Surely some of the film’s powerful scenes would have clicked better without the mismatched music overcooking the drama.

If you watch the BBC’s documentary, Planet Earth, especially in HD, you will realise that Pakistan’s northern areas are ripe with opportunity for any filmmaker interested in capturing breathtaking locales on the camera. Too bad that aside from a few scenes, Waar misses the chance to feature some gorgeous backdrops.

Tense and well-paced, Waar’s opening action scene is nicely directed. Another scene in the film, where a police academy is attacked by terrorists, is also quite engaging.

Regrettably, the climactic scene of the film, where the Pakistani armed forces take on the militants, is terribly edited, playing out like a sad spoof of war films.

In a repeating pattern, this final sequence features shots of Pakistani soldiers firing randomly in the air at no one in particular, followed by snarling militants who are discharging weapons without cover or fear, and followed by gratuitous explosions that are powered by the film’s reported Rs200 million budget.

The disconnect between these sewed together scenes is so obvious, that the entire final action sequence seems like it went through The Human Centipede process of film editing.

What I really found interesting was the colour of the smoke which followed the explosions. I found it strange that it was as white as Gandalf’s beard. As experts can tell you, white smoke only follows explosions that employ homemade chemicals, while military grade high-end explosives always feature grey or even black smoke.

So either the producers of Waar didn’t do their research, or they are trying to tell us something about the Pakistan army’s budget.

Speaking of the Pakistan military, rumours making the rounds suggest that Waar was funded by the Pakistan military’s media relations arm, the ISPR. There seems to be no proof of this, other than the fact that the film projects the Pakistani armed forces as heroes. If this is clear evidence, then I suppose films like Saving Private Ryan (1998), Black Hawk Down (2001) and Inglorious Bastards (2009) were also military funded films, which seems silly.

If we are truly serious about reviving our film industry, we should consider adapting the books of our critically acclaimed fiction writers, such as Mohammad Hanif. I am sure that with the right talent, the cinematic adaptation of A Case of Exploding Mangoes would find international acclaim. Such a film would need private backing however, since the ISPR would probably not be willing to fund a dark satire based on the death of General Ziaul Haq.