(Not so) Islamic land reforms 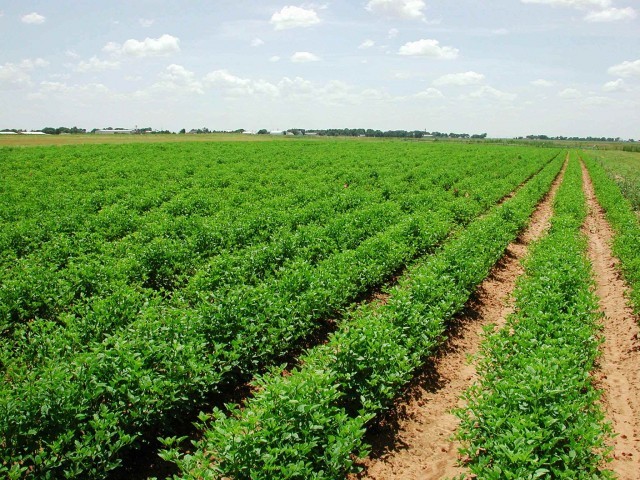 Land reforms hold the key to unleashing our agricultural potential.

There is no doubt that agriculture is the backbone of Pakistan. Forty three per cent of our labor force depends on it for its livelihood and it constitutes a sizable portion of our GDP and exports. We have often heard that land reforms are desperately needed and how they hold the key to unleashing our agricultural potential and will play an important role in raising the living standards of the poor of our nation. The argument could not be more right.

The last time an effort was made to rock the boat was by Ayub Khan in 1959 and then by Zulfiqar Ali Bhutto in 1972 and 1977. The idea was simple – take the land from the rich and distribute it amongst the poor free of cost. This broad based “Land Reforms Act” affected one Qazalbash Waqf with large tracts of land near Lahore. The Waqf, which had been in place for centuries doing good for people in the name of God, approached the courts.

The Qazalbash Waqf argued that Islamic laws provide broad protection from expropriation to the property owners if their property was acquired, in the first place through legitimate means. However, the courts in December 1980 found nothing un-Islamic in the case and ruled against the Waqf.

Meanwhile, much was changing as Ziaul Haq had come into power in 1978 with his Islamization agenda. After he took control, it was  announced that firstly no law in Pakistan may be repugnant to the Holy Quran and the Sunnah and secondly that federal Sharia courts were to be established. In parallel, the martial law government picked up the heat and advised the deprived:

“It is not for employers to provide roti (bread), kapda (clothes) aur (and) makaan (homes). It was for God Almighty who is the provider of livelihood to his people. Trust in God and He will bestow upon you an abundance of good things in life.” – Zia ul Haq

The Waqf didn’t give up and filed a review petition and decided to wait it out. During the next decade, 1980-1990, much changed on the political and societal front.  Renowned Islamic scholars like Taqi Usmani and others argued the case on the premise that “the expropriation of land, or any property, by the state without paying compensation is un-Islamic.”

It was finally in 1990 that he was able to swing the court’s ruled in favor of the Waqf. Whether it was strength of Taqi Usmani’s argument or the weakness of the opposition, land reforms were declared un-Islamic.

Fast forward 20 years and we are still where we were – not an inch forward. In the past half a century scholars have interpreted the Islamic law both for and against the land reforms but the way forward remains in limbo with much to talk about but little to do. We have a great deal too gain and lose from an economic, social and human perspective. What we choose to do with this will determine our future and define our history.

A management accountant currently based in Hong Kong working for a multinational corporation.

Why newspapers make you stupid