Skimpy clothing in Saudi Arabia? If you’re in a compound, sure! 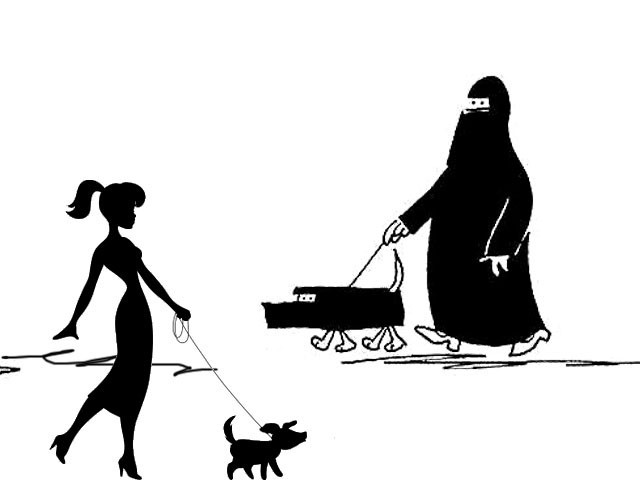 While all Saudis are subject to state laws of segregation and modesty, those living inside the Saudi Aramco compound are free to mix freely, dress as they desire and watch movies in cinemas!

I remember watching a movie a couple of years ago, called Kingdom, the plot of which centred around an armed assault on a Saudi Aramco housing compound. For those who are not aware of the oil and gas industry, Saudi Aramco is a Saudi Arabian state-owned oil company, which has exclusive rights of oil extraction in the country.

At the moment, Saudi Aramco is the biggest oil exporter in the world. The movie Kingdom was released in 2007 and that was my first exposure to the life-style followed in the housing compounds of this company. Last week I got a chance to actually visit a Saudi Aramco compound, and I understood for myself, why people refer to it as a ‘state within a state’. Please note, there are many such private compounds all across Saudi Arabia — this just happens to be the one I visited.

My first surprise was at the compound’s gate when the security guard said,

“Welcome to Saudi Aramco. Have a nice trip.”

Why was I surprised?

Brown-skinned expatriates are generally subject to somewhat insulting behaviour from Arabs; even if the expatriate is a professional engineer, like myself!  If you’re not white, getting such a welcome from an Arabic-speaking security guard is just not the norm, believe me. Pleased at this lovely welcome, I entered the compound.

As I entered, I realised that the welcome that I had received was likely to be the first surprise of many.

Looking around, I saw women not only skipping out on the traditional abaya and hijab, but dressed in western clothes including shorts and tight-fitting tops. I also found them driving cars within the compound; something that is treated as a criminal offence in the rest of the Kingdom. In fact, just recently, 12 women were arrested in KSA while they attempted to protest the ban on women driving.

It seems that the laws of the Kingdom end at the boundary of the compound.

My host then led me to something that I had not seen in KSA so far – a cinema! He told me that that this cinema generally showed the latest Hollywood and Bollywood movies and that there was even an option for ‘movies on demand’. Moreover, inside the cinema, I saw that the seating arrangement was not segregated for men and women, something completely alien to the cultural norms of Saudi Arabia. The segregation between the sexes can be seen at educational institutes, restaurants, offices and banks; in fact, men and women are segregated in almost every walk of life.

Seeing a sign indicating the swimming pool, I asked my host if we could cool down by the pool since it was very hot. He grinned at me and clarified that the swimming pool was not segregated either. Moreover, he told me there were no gender specific time-slots. Surprised and shocked, I withdrew my earlier request and moved on. Finally, we came across the Aramco Police, which is responsible for the implementation of Saudi Aramco laws within the compound.

After the tour, I accompanied my host to his home. Across the street from his house, I saw a skeleton hanging from a tree. Smiling at my confused expression, he explained that since Halloween was right around the corner people were busy putting up pumpkins and other decorations outside their homes. He pointed out a large skeleton strewn with lights that would turn on after dark, accompanied by scary Halloween music.

In my personal opinion, it is against all principles for a parallel state to be run with its own laws and law-enforcement agencies. Foreigners who come to Saudi Arabia to earn tax-free salaries should learn to mould themselves as per Saudi laws; the same way they expect Muslim expatriates in their lands to adhere to western values.

At the end, I decided to end my journey of surprise and asked my host to guide me to the mosque so that I could pray before leaving.

“Well, there is no mosque inside the compound.”