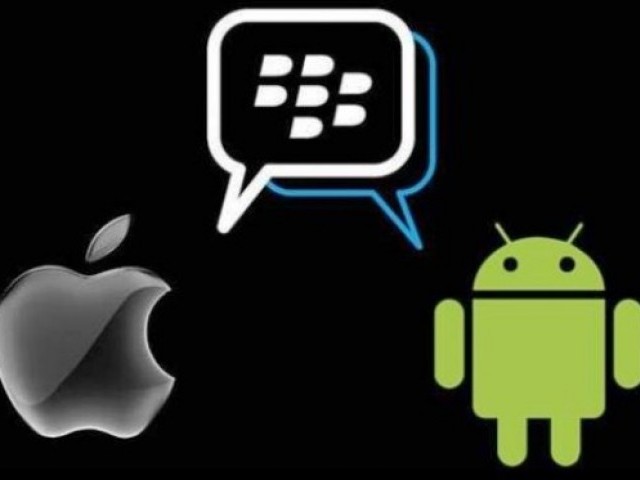 How is BBM different from Whatsapp, Viber or any other social media application if the point is to advertise your pin on Facebook?

At the beginning of 2013, when the demise of BlackBerry (BB) was fairly evident, BlackBerry CEO Thorsen Heins first announced, in May 2013, that the BlackBerry Messenger (BBM) application will be soon be available to all non-BlackBerry devices as well. This was the final farewell.

Or so I thought.

By June, rumours of the release date went viral and in mid-October 2013, to the delight of many of my friends and family, BBM became available to Androids and iPhones. Perhaps now would be the best time for me to toss in a disclaimer that I am no tech expert, but the number of users for the BB application are astounding. BBM was downloaded by over 10million users within on the first day of the app being available, and there is a waiting list too!

The numbers are overwhelmingly impressive and just as confusing.

As a bit of a technophobe, it has always been a bit hard for me to stay up-to-date with the latest gadgets and software. I have to make a conscious effort to download and participate in any conversation relating to the latest apps in the market. I like being current and as tech-savvy as possible for fear of being labelled by peers as one from the ‘stone age’.

What is puzzling, however, is the fact that at this point I don’t understand what this means for BlackBerry. Is this a comeback? Do these numbers reflect the amount of users who were still on the app or those who moved because they felt a lack in the apps already available on Android and iPhones?

My Facebook newsfeed has been bombarded with posts from friends proudly announcing their BB pins to the whole world and with every passing day, the number of posts keep increasing! Some have shown a similar annoyance as me and have even resorted to humour.

But what happened in the middle that I seemed to have missed? Have we taken a step forward or backward? Weren’t we moving on from BBM to better equipped applications?

A few months ago, I remember friends with Androids and iPhones taunting BB users about their archaic phones and how the latest apps on their new phones were so much better than BBM. People were being judged for sticking to the BB despite better phones arriving in the market, so is this an about-turn from their previous stance? Do we still love the BB or hate it?

A few months ago, I tried convincing a friend of mine clinging to her BB that it was time to move on, after all, she had complained about it being jammed so many times! Offended by my statement, she defended her BB saying she couldn’t let it go because she had friends, family and other important people on her BBM and felt compelled to stick to it. Good for her, I thought.

I could understand her sense of loyalty to the BB just like we have a sense of loyalty to any gadget we own. We have spent a considerable sum of money on these devices and giving them up can be difficult. However, after pondering over this a little longer, I came to conclusion that the only reason people felt this overpowering sense of loyalty to BBM was because of its exclusive nature. The fact that it was only available on BB devices and moving to another would mean cutting that chord once and for all.

In front of WhatsApp and Viber, apps like BBM were more private in nature. A BB pin gave you exclusive right to pick and choose just who you would like to stay in touch with and who you wouldn’t want to be in contact with. But then, why advertise your pin on Facebook; the largest social networking site?

At this point, how is BBM different from Whatsapp, Viber or any other social media application? If the point is to advertise your pin, then why have BBM to begin with? Despite having faster, more efficient software and programmes present, why still stick to BBM? Why go back to something we just moved on from so recently?

The only plausible conclusion I was able to draw, with all the Facebook drama I came across, was the fact that it was, perhaps, just ‘fashionable’ to boast BB pins on Facebook and those posting them were just following the latest ‘trend’. I don’t see any other reasonable motive to download an outdated application like BBM, especially when it means losing the sense of exclusivity it was upheld for earlier.