Burgers are food, not people 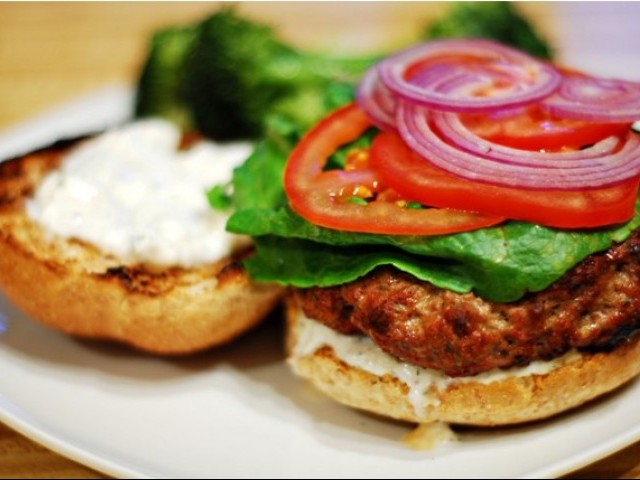 Look carefully, and think hard is this a burger or a bun kebab?

Among the many confusions that prevail in the minds of ordinary citizens these days, I find myself bothered by a a niggling question – what is the difference between a bun kebab and a burger.

Is there even a difference or are they actually the same?

I’ve been fond of both sandwiches since I was a child and until recently did not notice that the differences between the two have started to decrease over the years.

A few days ago on the way back from work I was craving something to eat. I stopped at a bun kebab stall and asked the cook to make a saada bun kebab. He repeated my order to confirm that he understood but his tone signified a sense of disgust and admonishment as he said:

I immediately realised I had made some kind of a mistake which had offended the other person. Passively, I nodded my head in the affirmative.

While eating my ‘burger’ that evening at home, I became conscious of the gastronomic evolution that had silently turned bun kebabs in to burgers (or is it the way around?). I tried to recall the stages of this evolution and established some key stages.

You are what you eat: Some time back, if you’d find someone asking for a burger at a bun kebab wala the people around you would start laughing and called you ‘Mummy Daddy.’ In the exact opposite of this scenario if you ordered a bun kebab at a fast food outlet you would still hear the laughter but this time you would be termed a maila.

The fancy bun kebab: Then came the time when the shape of the conventional bun kebab transformed to a take on a round shape from what was an elongated capsule like bun. This was a major shift as far as the evolution was concerned. The older capsule version is still popular though.

The name switch: Finally, the name change took place. Now we wander in an era of perplexity. Has the bun kebab taken a step forward or is it the burger that has moved back a step?  Whichever way we see it the situation is quite bizarre. The average consumer is no longer average. At least he doesn’t sound average anymore. All he needs is a slice of egg-coated meat placed between two pieces of bread with mayonnaise spread over it, a slice of onion, tomato and cucumber (fries optional) and he is just another ‘burger’.

If we place our society between two slices of bread, the evolution makes sense. Like the bun kebab our society has evolved too and this change has gone unnoticed by many. Gaps that divided us seem to have narrowed but in reality, the opposite has happened. We remain different as burgers and bun kebabs –  but maybe that’s not different at all.