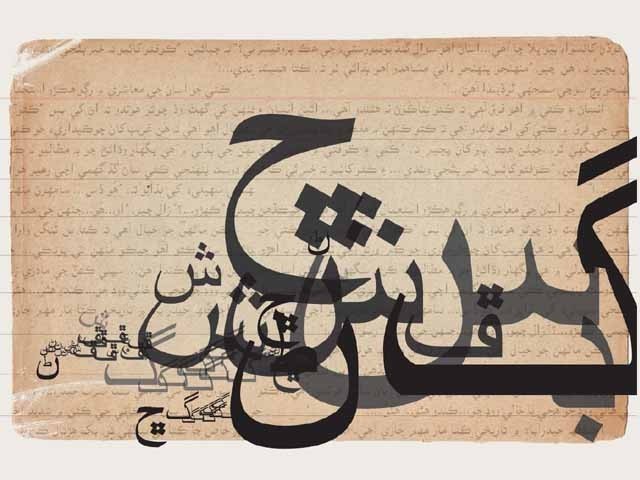 The benefit of imparting education in Sindhi should be examined; otherwise language and children will be used merely as a tool to facilitate politics by the state. DESIGN: ANAM HALEEM

The Government of Sindh recently announced that it would ensure that private educational institutions offer Sindhi language as a separate subject. The announcement went on to state that schools refusing to offer Sindhi would be fined or even have their permits revoked.

This announcement has led to predictable outrage. Some have argued that students who attend private schools have no use for learning a language that is ‘only’ spoken within Sindh. On the other hand, children attending public schools, given their financial background also have little practical utility for studying the region’s native language. This, in itself, is a false assumption as private schools cater to a wide range of students from the full spectrum of financial backgrounds.

Others have suggested that this is nothing but a cynical attempt by the PPP-led provincial government to canvass support amongst rural Sindh and its constituents. Since much of the politics in Karachi is along linguistic lines, giving Sindhi official patronage will help cement the PPP as a true representative of the Sindhi people; both within and beyond Karachi.

Although at the end of the day, all decisions are political, there is not even a little mention of the actual educational value of learning a regional language.

In my opinion, merely offering Sindhi as a separate subject is not enough and the medium of instruction should be Sindhi at primary and even lower secondary level. However, there is a necessary precondition:  schools, whether private or public should engage students in their mother tongue, if that is the language they commonly use at home and within their local community.

This precondition is necessary because a state mandate forcing schools to offer Sindhi as a language to students who are unable to use what they learn either at home or within their community, is questionable at best and a waste of resources at worst. Practically speaking, where will all these Sindhi language teachers come from? Will adequate textbooks be available? What learning opportunities beyond the classroom are available? Will schools compromise the quality of the subject to tick a box just to soothe bureaucrats and politicians while wasting students’ time?

Most importantly, if students and parents wanted their children to take Sindhi as a separate subject, private schools would have responded to this need and included it in the curriculum already, right?

Over the years, a lot of research has been conducted on teaching children in their mother tongue. Studies show that once young learners gain confidence learning in their most commonly spoken language; it facilitates learning in other subjects and languages as well. Young learners especially require functional linguistic skills and students who are forced to learn in an alien language struggle more. Parents who do not have the requisite linguistic skill and hence, are unable to contribute towards their child’s learning, will in the long run hinder, rather than aid student attainment.

Examining the situation in our own country, our state project to promote a sense of patriotism by pushing Urdu as a medium of instruction and then placing English on a pedestal has only led to even more confusion for students. Do we really believe that the existence and ideology of Pakistan is so fragile that it would be compromised by children learning in a regional language?

Rather than imposing restrictions out of ignorance and fear, we should aim to allow every student to have access to as wide a range of learning opportunities as possible. Hence, forcing students to learn English or use Urdu as a medium of learning is pointless when they have few opportunities to apply what they learn in their homes and communities.

Thus, two things are quite clear. One that students should be taught, at least at an introductory level, in their native language; and two, that the government should actively encourage schools to do so.

Nevertheless when it comes to the Sindh government’s proclamation an argument can be made for both sides. Yes, Sindhi should be a subject offered to students who actually use or have the opportunity to use Sindhi in their daily life. However, forcing students who are unable to use Sindhi in their homes and communities will not add to their educational experience. Hence, the end result of such an imposition will be a situation in which children are merely used as a tool to facilitate politics by the state.

Politics by any means indeed.