Waar: Pakistan’s stark reality or hope for the future? 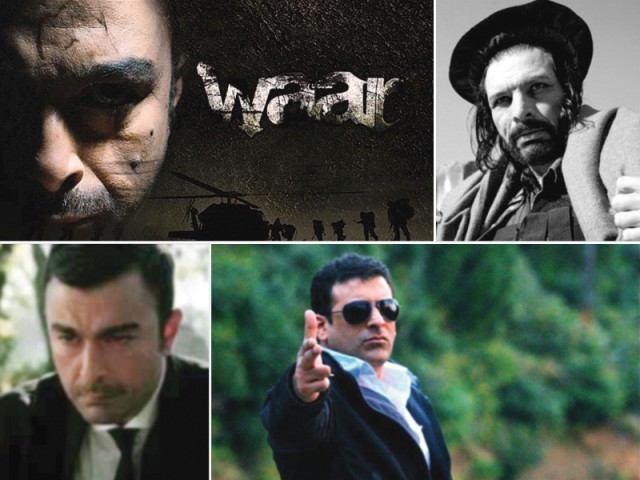 Waar revolves around a terrorist plot that sees two secret agents pitted against each other. PHOTO: FILE

After the release of Waar’s trailer online I found myself being annoyingly corrected about how to pronounce the movie’s name. I’d invariably call it ‘War’ in front of Urdu lovers who would tell me it was Waar, meaning ‘to strike’. However, my friends at school would chuckle at me when I called it Waar and insisted that it was ‘War’.

As irritating as this was, there is an even more infuriating phrase I am certain you have heard when people discuss local ventures including films. Just like a worn-out bandage no longer covers or protects a scar, you’ll find this phrase invariably attached to discussions about new initiatives in our country. This maddening expression is: ‘in Pakistan’.

If you probe deeper into that phrase, perhaps you will understand why a film like Waar will help eject those two words from our discourse. However, first let’s set aside the geographical element to the two words ‘in Pakistan’ for a moment, and look at how it’s used. Examples include:

“That’s not possible in Pakistan.”

“This is made here in Pakistan?”

“That won’t work in Pakistan.”

Do you see how those two words reflect a worrying inferiority complex coupled with a puzzling negativity about our own country? It suggests a fatalism that assumes that excellence is somehow impossible to achieve because of the challenges we face. Now, to further understand what I am trying to say, re-read the above questions without the last two words and you will find that they still make perfect sense. So why say them and doubt our potential?

It is this psyche that a superbly-made film like Waar will hopefully change. For those who are eagerly awaiting it, some details first before returning to the main point.

Waar revolves around a terrorist plot that sees two secret agents pitted against each other. There is no doubt that this film has breathtaking production value; and no expense or effort has been spared in making spectacular helicopter sequences and sweeping aerial shots. However, apart from the impressive big money effects, there are some truly memorable scenes that I think make a broader point.

From an ingenious raid that involves the ever-popular cricket, to an attack that’s shot alongside a tantalisingly sinister dance sequence, there are some truly amazing moments to appreciate. The cinematography and epic soundtrack could see this film give any Hollywood flick a run for its money.

If you are one of those who have issues with the way women are generally portrayed in cinema, you are in for a treat because Aisha Khan plays a confident agent while Meesha Shafi excels in the rare role of a vamp playing a double game. That’s not to say that there isn’t plenty for the man’s man too. The lead characters are every inch the Daniel Craig type – fearless, macho men of few words that most guys can relate to, or so they think!

However, unlike a Hollywood blockbuster like GI Joe, whose stereotypical portrayal of Pakistan will leave you feeling alienated if not angry, Waar leaves you feeling like you could truly relate to the tragedy and the tones of patriotism. As a nation that is exposed to the scourge of terrorism on a daily basis, I believe we’ve become desensitised to violence on news bulletins, and almost resigned to being negative about a better future. Hence, the alarming news bulletins, melancholic funerals and barbaric violence in the film are striking in how they resemble our reality.

It still remains to be seen if non-male audiences will be turned off by the gore, swearing and machismo. Although I can’t be certain what rating it will obtain, I do hope that the censors will realise that we are used to worse on a daily basis and can handle edgy content.

To round things up, although there is much that is sombre about the film, there is even more to celebrate about Waar. While the reality of terrorism shown in the film is stark and concerning, there is also an enduring hope for the better.

This film – which has been years in the making – leaves you feeling proud of our ability to overcome struggles. It also serves as a reminder that even though the subject matter of our daily lives can be brutal, there is plenty to suggest that we needn’t always be so despondent. In spite of the challenges around us, we do have the potential to strike out and achieve our goals.

On a more personal note, I hope Waar’s release helps drive this point into the rigid mind-set of some Pakistanis. Those who doubt our country’s potential should take note of the zaniness of Zinda Bhaag, the humour of Main Hoon Shahid Afridi and the brilliant production of Waar, and really start having faith in ourselves.

The efforts of our local entrepreneurs and film-makers really are proof that anything is possible here (in Pakistan).

An entrepreneur with a graduate degree from the London School of Economics, Altamash is also an ex-journalist who is currently looking to improve the way entertainment industry developments are covered. He tweets @MisterMashy (twitter.com/MisterMashy)

Can Saad Haroon be the ‘Funniest Person in the World’?

Karachi's comedy scene - Can you handle it?

The Amazing Spider-Man 2: A surprisingly good change to the superhero genre!

Total Siyapaa: Despite a Pakistani groom and an Indian bride, the movie could have been better!