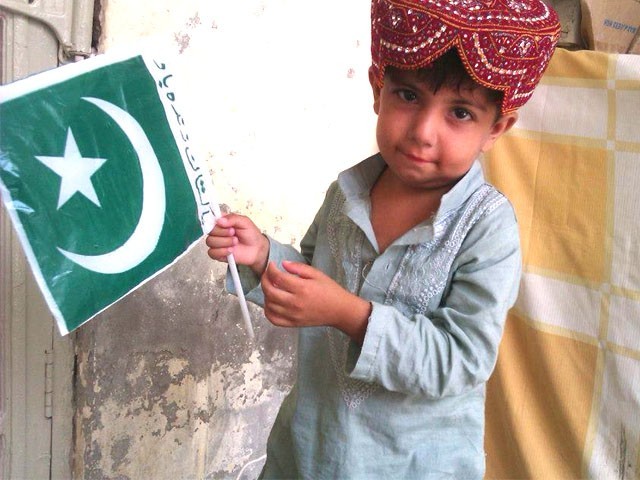 Hopes, dreams and aspirations have always been a part of Balochistan, but we haven’t ever really looked to be able to recognise them. PHOTO: Twitter @FatimaAli52

With every day we believe, through the media, that we are coming closer to one another. In reality, however, this couldn’t be further from the truth. We see only what the media wants us to see.

That being said, along with many realities, there is much more to each city than our eyes can see. Hopes, dreams and aspirations have always been a part of Balochistan, but we haven’t ever really looked to be able to recognise these.

When you read this word, what is the first image that pops into your mind? Flashes of violence? Target killing? Poverty, discrimination and illiteracy?

It is not your fault that you think like this, that is all you’ve ever heard or seen on TV.

After reading a blog on The Express Tribune’s blogs page about Karachi, I thought I could take you for a little trip around my homeland, Balochistan, through these pictures.

We have been destroyed,

Yet we have hope.

Yet we strive for modernity.

Yet we are artists.

We have been hurt,

Yet we are positive.

We have seen droughts,

Yet we light up.

We have suffered from discrimination,

Yet we stand up for the rights of others.

Yet we love animals.

Yet we are eager to learn.

We have seen violence,

Yet we dream of peace.

We have sun sets filled with sadness,

Yet we rise to a beautiful new morning everyday.

I wish I could show you more of my beloved Balochistan but, until then, I hope that I changed your mind about my province just a slight bit.

A young activist who uses citizen media as tool for raising awareness. He has won many prestigious awards like the Global Creative Art Contest and the Honour of Global Change-makers by the British Council. He is based in Lasbela. He tweets @QRoonjha (twitter.com/QRoonjha?lang=en)

Please ask my brother not to wait for me

Child labour in Pakistan: They have dreams like ours