Why tech-based entrepreneurship is important 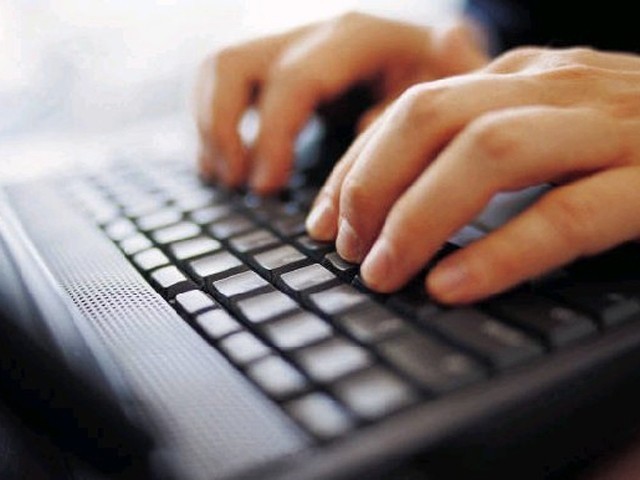 While the West continues to promote technological solutions for economic growth in Pakistan, our government's policies and restrictions deprive us of the same. PHOTO: FILE

Technology based entrepreneurship has rapidly gained momentum in western societies with low costs to entry and high Return on Investment (ROIs) acting as the prime catalysts. The trend has piqued interest in Pakistan recently as well for similar reasons.

Consequently, entrepreneurship courses and workshops are gaining interest among the country’s youth. As recently as a month ago, there was news in The Express Tribune about a book exchange project launched by two students of the Institute of Business Administration (IBA), Karachi. This was truly a commendable effort and such entrepreneurial spirit can only be facilitated through the innovative use of Information Technology.

However, while the young and energetic are capitalising on this trend both, locally and globally to prove their mettle to the world, the Government of Pakistan continues to make statements implying that the country’s progress will soon be in retrograde. Only a year ago we were witness to the shocking news that YouTube had been blocked in the country, while memories of the Facebook ban were still afresh. More recently, the Sindh government made a ridiculous proposition that Skype and Viber should be banned under the pretext of security, law and order.

Contrary to what our government would have us believe, terrorists seldom use unencrypted channels such as Skype and Viber to communicate their ultra-heinous plans. Rather, their modus operandi is far more sophisticated and their operational techniques much more stealth.

Moreover, what bothers me the most about these on-going bans is the thought process behind them. Has banning these programs ever achieved anything? Did the YouTube ban teach Google a lesson and make it come begging for mercy? Not that I know of.

On the other hand, economic opportunities for the youth continue to become casualties in the process. The general trend of IT is inclined towards Integrated Systems Market, and hence, technology companies have provided platforms that make it easier than ever for the youth to enter the workforce as entrepreneurs. A case in point is offshore outsourcing which became popular during the late 90s. Numerous technology giants including Microsoft and Google saw opportunities in India and hence, expanded their operations there. However, these same companies were reluctant to conduct operations in Pakistan because even back then our government imposed similar unwarranted and absurd controls; thus, allowing India to gain an edge over us.

Arsalan Abdul Ghani is the CEO of Infostrata Solutions which is based in the UK and has set-ups in Hyderabad, India and Karachi, Pakistan. According to him Virtual Private Networks (VPNs) may be utilised to circumvent restrictions on digital communication networks. He rhetorically asked,

“Do you think terrorists can’t purchase such services, which are often available for as cheap as $5 per month?”

It seems to me like the man had a point.

However, such offshore operations and entrepreneurial ventures can only be possible if uninterrupted and uncensored digital communication is guaranteed.

My research for this piece also led me to Moona Kanwal, the CEO of Leading Solutions Interface – a company that specialises in software development. Most of the company’s work and clients is in countries such as the UK, Canada and Saudi Arabia. Kanwal explained that she and her team communicate with clients on IP based channels such as Skype and Lync. Moreover, since the team at Leading Solutions is also spread globally, she often hires people for small projects via the web.  Hence, her virtual presence globally provides a cost effective and efficient channel for conducting discussion and meeting with clients.

There is also a massive move towards Cloud Computing which can be defined as the ability to run a program on many connected computers at the same time. This trend also provides a chance to Pakistan’s youth and talented workforce to harness the power of computing to start a business. Just recently, Microsoft aggressively campaigned for its relatively new Office 365 platform which allows software developers to sell ‘apps’ on the Office Store. The Office Store is especially attractive for students and is a great place to explore business options while they are still at the undergraduate level. Microsoft has made it amazingly simple and cost-effective for students to sign up and start developing and selling their software to a global audience with entry costs as low as $3 per month. The Office Store even has a subscription based pricing system which young entrepreneurs can use to create apps that require a recurring pricing structure.  Needless to say, the returns relative to the cost of entry are huge.

The point is that the private and public sectors in the West are quite keen to promote products which can help increase employment opportunities in a country where the rate of unemployment is 9.23%; and this rate has been on an increasing trend over the last five years. Technology is not only providing a platform for growth to the youth, it is also creating immense economic opportunities that can transform our socio-economic status.

So the question is will our government facilitate economic growth in the country or become a hindrance to it?