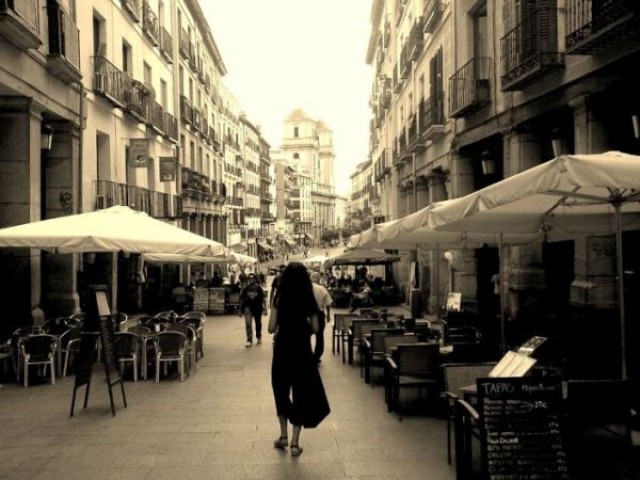 The last time I put thoughts to paper was a year and a half ago, when my husband and I moved back to Pakistan from the US. It happened very suddenly, under very sad circumstances, and there we were – thrust into a disorienting new life, filling roles we had never anticipated, never wanted, inhabiting, once again, the cloistered, uninspiring world of Lahore’s privileged class.

Much elapsed during the past 18 months in Lahore – much to rejoice and remember. Engagements, bridal showers, weddings. Baby showers, and babies! Farewell parties and welcome-back parties, birthday parties and Pictionary parties.

PTI fever, elections, and Pakistan’s first peaceful political transition. Cliff-diving in Khanpur under a shower of shooting stars, dancing arm-and-arm with Kalash women as spring blossomed in the Hindukush,  tracking brown bears and chasing golden marmots in the unearthly plains of Deosai.

I rediscovered my love of history, of abandoned old places that teemed with a thousand stories and ghosts and memories, thanks to a research job at LUMS. I spent many days wandering the cool corridors of  Lahore Museum, many hours contemplating the uncanny beauty of the Fasting Siddhartha, whom I had the privilege of photographing up-close. I stood beneath the most prodigious tree in the world in Harappa. I got down on my knees with a shovel and brush during a student archaeological excavation in Taxila, personally recovering the 2,000-year old terracotta bowl of a Gandhara Buddhist monk.

But, there was also dissatisfaction. Frustration. Restlessness. When we were not travelling, we were in Lahore. And Lahore was, well, warm. Convenient. Static. Living there again was like a replay of our childhood; like watching a favourite old movie on repeat. After a while it got monotonous,  somewhat annoying, and a little disappointing.

In Lahore, I could see what the trajectory of my life would be, the next 10 years down. It was all planned out, neatly copied from upper-class society’s handbook, with but minor divergences here and there.

It wasn’t a bad plan. In fact, it was a perfectly good, even cushy plan, one that would have made a lot of people quite happy.

There were other things, too, about Lahore, and about Pakistan, things that had bothered me growing up but now seemed magnified to alarming proportions – the incomprehensible extremes of wealth and want, the insurmountable divisiveness of class, and, most worrying of all, the overwhelming  self-righteousness and religiosity.

You could not escape it. Everywhere, from TV talk shows to political rallies, drawing rooms to doctors’ clinics, there was a national fixation with religion. Everybody, it seemed, was desperate to convince others – and themselves – of their absolute piety, their A+ scorecard-of-duties-towards-God, their superficial Muslim-ness. Instead of the genuine, unselfconscious goodness that shines through truly spiritual people, in Pakistanis I just saw fear. Religion for them wasn’t about peace, and love, and knowledge. Religion was base.  Religion was social security. Religion was a tool of power.

I wanted to say to these superficial Muslims, to all Pakistanis: Just look at the state of our country. Do you really believe that religion has helped us? Has it at any level, be it individual, societal or state, improved the country? Has it alleviated poverty,  reduced rape and murder, mitigated corruption?

Have we as a nation achieved anything positive, anything progressive, in the suffocating garb of “religion”?

No. On the contrary, we, as a nation, have become more intolerant, more oppressive, more barbaric, as our outward religious zeal reaches new heights.

And we still do not realise it. The Matric-fail maulvi at the local mosque still preaches that a woman wearing jeans in public is jahannumi, Hell-bound, the TV reporter interviewing an old peasant who has lost his home in a flood wants to know if he kept his Ramazan fasts, and that educated, apparently “modern” aunty you met at a family dinner launches into a sermon that the reason Pakistan is beset with crises is because we don’t pray enough.

That was the most terrifying thing I found about Lahore, and about Pakistan. It had become a place where no other framework for discussion about the future of the country, about anything at all, was possible. We were mired in religion. We were stuck. We were deeply and hopelessly stuck.

As for the people who thought differently, the elite and “enlightened” class that I belonged to, they responded to the onslaught by retreating further and further into their elite Matrix – a sequestered, protected world where they met up with friends over Mocha Cappuccinos at trendy New York-style cafes, where they shopped for designer Italian handbags in centrally air-conditioned shopping malls, where their children spoke English with American accents and dressed up for Halloween, where alcohol flowed at raucous dance parties behind the gates of a sprawling farmhouse.

It was a parallel universe, where we all lived free, modern lives, like citizens of a free, modern country, utterly disconnected from the “other” Pakistan, the bigger Pakistan, and for all intents and purposes, the “real” Pakistan. Yet perhaps it was our only survival, the only way to keep sane and creative and happy for those of us who chose to live in our native country.

So when Z applied to and got selected for a European Union PhD scholarship based in Madrid, Spain, I was thrilled – and a little relieved. Was I looking for an escape? Maybe. Was that the only solution? I don’t know.

When we left Lahore, on that eerie twilight flight in August, our lives packed into just one suitcase and backpack each, it was bittersweet. I was sad to say goodbye to loved ones, to friends and family whom I had spent such wonderful moments with in the past year and a half. I would miss being a part of their lives. And I would miss the incomparable natural beauty of Pakistan – beauty and heritage that is disappearing day by day due to neglect and ignorance.

Yet, I knew that I had to go. I knew that staying in Lahore – “settling for” Lahore – buying joras from Khaadi, attending tea parties, managing servants, the odd freelancing or part-time job at LUMS, was not going to make me happy. And we could not depend on the love of family and friends to sustain us forever. At the end of the day, everybody had their own lives to lead, their own paths to carve,  their own hearts to follow.

And that is how we ended up in Madrid.

Sitting here in our apartment, a cozy, parquet-floored one-bedroom affair, I can hear the babble of excited young voices below the window, a medley of idioms and accents; the clink of glasses and clatter of dishes from neighbouring restaurants; the smoky strumming of a flamenco guitar, the wheezy chorus of an accordion; the cries of Nigerian hawkers and Bengali street-peddlers, and the low hum of the occasional taxi cab, rolling along the cobbled streets of this lively old pedestrian barrio of the Spanish capital.