In the commune: The worst ex you know 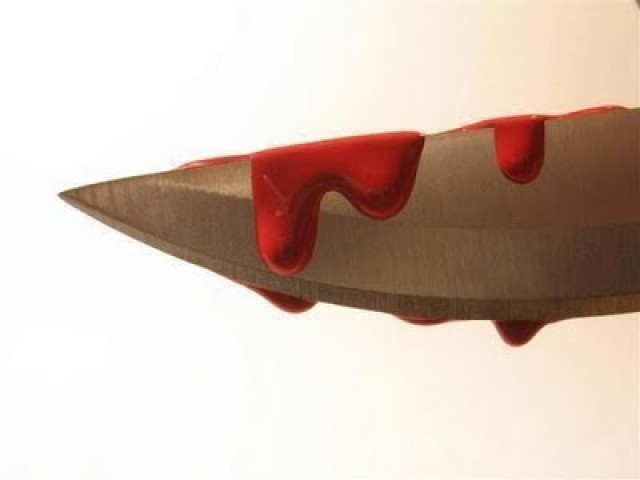 When relationships end things can get a little messy

Earlier this week an angry young woman caused a bomb scare that forced a Pakistan bound PIA plane carrying her former boyfriend to land in Stockholm.

The man was on his way to get married when his ex called the Canadian police, warning them that he was carrying explosives. According to tabloid Aftonbladet, she did this because she was unhappy with their separation.

We asked Tribune bloggers what the worst thing an ex they know has ever done.

Once back in high school (when hormones are raging) a girl hacked into her ex-boyfriend’s account (who at that time was supposedly double/triple timing her) and printed out all his sent emails and drafts and spread them across school.

In college there was a pretty girl named Jen.  Unfortunately for her ex-boyfriend Steve, she was also rather crazy. On graduation day, although Steve had broken up with her a few months earlier and was dating another girl (whom we affectionately referred to as Jen 2.0), Jen decided that the time was ripe to meet Steve’s parents and introduce herself as his fiancée complete with ring on finger. And then had a few of her sorority pledge sisters do the same. Steve’s parents were not amused. Jen 2.0 slapped Steve so hard that the gymnasium echoed with the sound.

The worst thing I remembered about an ex is that after our break up he wanted to score a higher CGPA than me. He stole my project which was worth 20 marks (out of 100)  from the faculty room of the subject teacher. Luckily, my teacher believed me when I told him why the project had not been submitted and let me turn it in again.

The worst thing an ex, especially a boy can do is spread rumors about a girl. I’ve been told that girls don’t dare show their faces in theirs universities because everyone has apparently heard of their ‘loose’ character. This happened to my best friend and sadly enough the rumors reached her parents and teachers as well. She is still suffering the consequences. If similar rumors were spread about her ex-boyfriend our society would write it off as ‘boys will be boys’.

A teen-aged couple used to play badminton together and hang out a lot. The girl was rich and spoiled but the boy liked her and proposed. She refused because he wasn’t up to her ‘standards’.  Years later after she was divorced they met again. The guy’s financial situation had improved remarkably and he still showed interest in her. After a few months of receiving his attentions, she asked him to send a formal marriage proposal. But he then refused, telling her that now she did not match his standards.

At times withdrawing emotionally is the sweetest revenge. The worst thing to do to an ex is forgiving (not forgetting) and moving on – both emotionally and geographically. Once you have left he will truly appreciate what he had and realize it cannot be replicated. He’ll also realize what a jerk he has been.

Death threats and storming into one’s house is probably right up there with the kind of madness exes undertake. However, I have heard of torture by withholding of a significant other’s iPod following a bad break-up. The device eventually ended up being sold off by the irate ex. And this isn’t the only revenge-by-iPod story I’ve heard either.

Who can forget the epic Veena Malik who came out and made the allegations she did about her ex Mohammad Asif and his role in match/spot-fixing?

The worst I’ve witnessed was a girl’s ex who kept close tabs on her and contacted all prospective in-laws with tales of her having an STD! I don’t have an ex, but hypothetically, if he came from a traditional family I would call his mom and tell her highly graphic tales about her son’s behavior with a fictional gal. Otherwise, I’d hack his Facebook account. There are endless possibilities on Facebook aren’t there?