I like Disney movies and Katy Perry, but I am not gay! 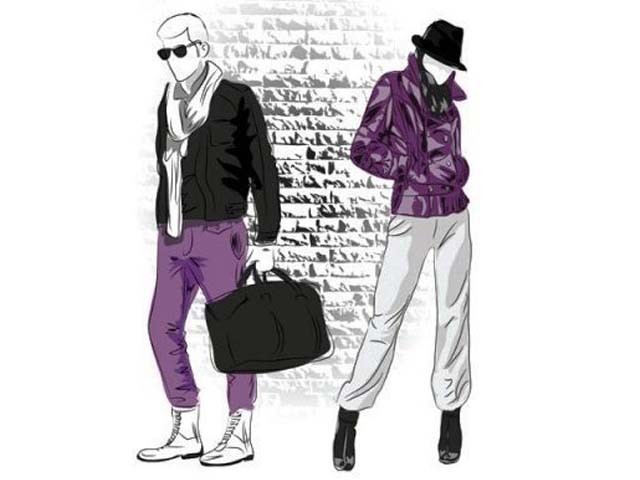 I am effeminate but I am straight. Deal with it! PHOTO: FILE

Since I was a child, I have been bullied and called names. People have always been cruel to me and it took me a few years to understand that I should not let it get to me. Growing up, nobody wanted to hang out with me; children my age hated me and I was never picked for anything – let alone being picked last. Even the mothers of these kids despised me and adults made fun of me.

All this, and only because I was a boy with effeminate traits. ‘I say ‘was’ because I like to think that I have evolved pretty much since then, although those characteristics still exist a somewhere inside me.

What hurts the most is that people could have supported me and let me figure things out by myself, but instead they opted for the way that seemed natural and innate to them – the way of offence. The fact is that anything out of the ordinary is always condemned and so was I. People were just never good to me; not even my teachers or my peers. Hence, it was hard to make friends and even my best friend was sceptic about hanging out with me at first, simply out of fear of what people would say. I was a menace, an outcast; and only because I was ‘girlish’. That, I learned the hard way, is something a guy can never be.

The world has defined a certain way of life with specific characteristics of behaviour that classify who is who and what is what. However, the truth is that we are all unique, and we are all God’s created beings. Nevertheless, people, refuse to see it that way; they would rather put a label on everything and then hate the people who don’t accept their labels. In fact, people who go against their definitions are shunned and looked down upon. Some labels are derogatory in themselves and the so the ‘different’ person becomes an ideal spectacle to be made fun of or excluded.

Our society defines certain ways in which a guy is supposed to behave. If he doesn’t conform, he’s not considered one of the male species.

As far as my own experience went, I was frankly okay about not being a part of them. I had spent a lot of time trying to figure out my place in this world and I had come to terms with the fact that people wouldn’t accept me – at least ‘normal’ people wouldn’t. Hence, I turned to the outcasts.

You see, these normal people have their own ideals, and if anyone doesn’t come up to their expectations, they are thrown out. So a guy like me could never cope. However, the fact is that once you’re out, you need to find your own niche and you usually think,

So you try to blend in with the outsiders. In that single moment, you look forward to the point when you will be the one on the inside looking out. When you do eventually make it to the outcast circle, you feel free. You feel like you can be yourself – finally.

However, I found out the hard way that even outcasts have their restrictions, and that is where it got even worse for me. A guy like me was called all kinds of names, and one of those names was the ‘gay guy’.

It’s true, I have been perceived to be gay quite a few times even though I am not. Personally, I have always been alright with whoever a person wishes to be – gay or straight; after all, it’s their choice. However, what was conflicting was that even these outsiders – the other gay guys – had formed their own criteria and rules of who is gay and who is not. I hoped that they would be more accepting of my view, but all I got, even from them, was judgement. Simply put, the gays want you to be gay and they think that if a guy walks and talks like a girl, listens to girly music and is into fashion, then he’s gay. The gays told me to get out of the closet but I already was out! I’m straight and I cannot put it more simply than that.

All these experiences led me to realise that no matter what you do, you just cannot fit in. There will always be someone or something that will push you out of the group. It took me a long time to figure out who I am and where I stand both, sexually as well as personally, and I cannot let anyone tell me where I fit in. The straights didn’t accept me and the gays wanted me to change. So, I decided that I had better accept myself for who I was, first.

In a world with access to information which earlier generations could not have even dreamt about, most of the time we don’t know what to do with that information or even whether it is right or verified. This diversity of humanity can never be boxed, and just when you think you’ve categorized each and every human being, there’ll come another batch of babies who’ll burn all your research down and formulate new ideals and new personalities.

I fail to understand why an individual can’t just be him or herself. Why should you define who the other person is? Why not give them a chance to show you who they are? In my opinion, lack of trust, incomplete information, and not knowing one’s own self, has brought us to this point. The point where it’s just easier to bash someone and call them names from behind a screen, while you live your life conforming to whatever limits people have set for you.

My personal experiences have taught me that the best thing to do is just be yourself, figure out who you are, work on your image and know yourself completely. So that the next time someone ridicules you, you can laugh it off.

So this is me: Katy Perry is my idol, I like Disney movies and fashion, I am effeminate but I am straight. Deal with it!