Imran Khan, if this is not our war, then why are our people dying? 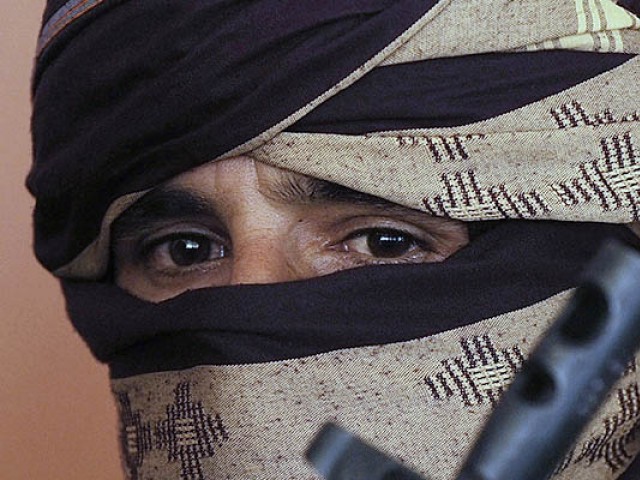 PTI especially needs to broaden its view point. With hundreds of people dying every week, negotiations are no longer an option. PHOTO: AFP

In the current scenario, the following seems more apt,

More than 80 people died in the devastating blast in the All Saints Church of Peshawar on September 22, 2013. A few days later, a bus full of government officials was attacked killing 19 and then a third blast devastated Peshawar on September 29, killing more than 30 people. Yet, the Pakistan government and the Pakistan Tehreek-e-Insaf (PTI), in Khyber Pakhtunkhwa (KPK), continue to insist on “negotiations” with the Taliban.

Prime Minister Nawaz Sharif’s statements seem to be taking a more aggressive stand since these attacks. He has said that negotiations will only happen if the Taliban accept the Constitution of Pakistan and lay down their arms. The Taliban, however, have repeatedly said that they are not willing to negotiate until the Constitution is disposed and Shariah is imposed in the country.

Is any of this reasonable?

On the other hand, Imran Khan, during his visit to the hospital to see the injured people after the Church blast, went as far as saying that the government should open an office to hold talks with the Taliban. He argues that,

“If the US could open offices for the Afghan Taliban in Qatar, why should Pakistan not do the same?”

A question comes to mind — how many terror attacks has Qatar seen in the past decade? In a country like Pakistan, where terrorist groups operate openly and are determined to turn Pakistan into their version of an Islamic Emirate, granting them this sort of leverage is like giving them an open invitation to operate on their own terms and kill those they deem infidels. In return, we give them an office and negotiation?

Imran Khan is so far from ground reality that he does not think twice before making such irrational statements. The PTI came in full thrust with unrealistic promises to turn Pakistan into a Scandinavian welfare state and fight corruption in 90 days, yet their performance so far has been nothing but disappointing.

Regarding their negotiation policy, PTI gives the example of talks between the IRA (Irish Republican Army) and the British government. In brief, the IRA is a militia fighting British rule in Northern Ireland. The British only negotiated with them in 1994 – after fighting far lower levels of violence for more than 70 years, and after the IRA declared a ceasefire. This was followed, some years later, by the main faction of the IRA disarming.

But what do you do when your country is being attacked by your own people, not remotely willing to disarm? Khan’s example presents no actual comparison to the situation in Pakistan and this has been aptly captured by Zahid Khan of the ANP, who stated in a talk show,

(These are just ways to fool the people.)

An important point is that, in order to negotiate, both parties must be willing to do so. In this case the government seems to be going above and beyond to make these negotiations happen, whereas the Taliban continue to respond with more violence. The current information minister of KPK insists that the Taliban had reached out last year but the government did not reciprocate. The fact that there is no record of this ever happening is a detail the PTI would rather not discuss.

It may sound delightful that Khan would sit with the Taliban over a cup of kahva (green tea) and sort out their differences, but the reality is something else. The Taliban, a product of our dirty deals going back to the 70s, have been handed over as inheritance to future generations. The current situation is a result of all that had been brewing up for decades.

We can agree that for the past decade, fighting the Taliban has not been successful. It is also evident that negotiations are not the solution either, when hundreds of innocent people are dying every week in such attacks. Hence, there needs to be a concrete plan that involves a more purposeful course of action keeping all factors in mind.

PTI especially needs to broaden its view point. This is essential to understand that Pakistani terrorism is no longer (if it ever was) a response to drone attacks and the US. To think that it will end with the departure of Americans from the region is nothing less than delusion.

Groups that are determined to bring down the Constitution of Pakistan and have deemed democracy un-Islamic are not just reacting emotionally. They have more ambitious plans that threaten the sovereignty of the country. Pakistan has reached a turning point in its history, where for the first time there has been a peaceful and democratic handover of power endorsed by tens of millions of voters. At such a time, anti-democratic groups should not be pacified but should be dealt with severely.

The real question is why are the Taliban not being treated as terrorists by the PTI? Why is there such a lukewarm reaction to the death of so many innocent lives? This has caused the locals of KPK to observe that,

“It seems like it is TTP ruling in KPK and not PTI.”

Perhaps because Khan has repeatedly stated,

However, didn’t this become our war the day Shias were killed for being Shia, Hazaras were attacked for being Hazara, Ahmadis were targeted for being Ahmadi, and Christians were murdered for being Christian?

Didn’t this become our war when the difference between houses of worship and slaughterhouses became a technicality?

Didn’t this become our war when people ruling against these terrorists were attacked, and police and other government officials acting against them were killed in wholesale?

When even going to a mosque feels like going to war, as one wonders if they will make it back alive, whose war is it?

The fact is that whether we asked for it or not, this is the war we got, and the time to deal with it is now. So are we going to just keep talking or actually do something about it?

A professional script writer and film maker in Pakistan. She tweets @ParisaSiddiqi (twitter.com/ParisaSiddiqi)