Building ‘Traffic Pakistan’ and the problem with start-ups 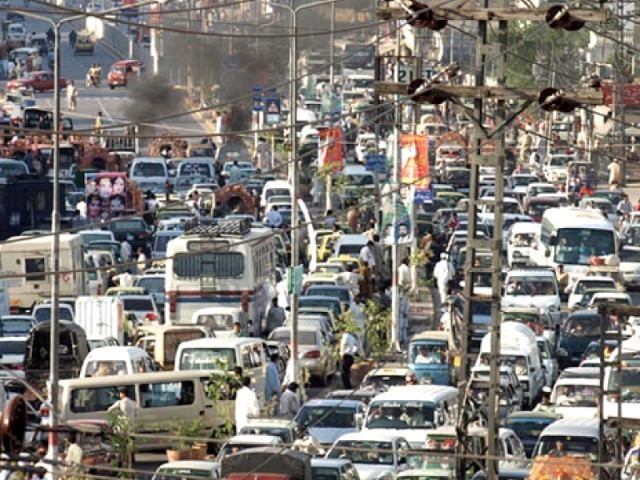 Around three years ago M. Ali, a close friend of mine, built a very neat road traffic reporting system. This was a low tech version (dealing with real time traffic and incident reporting) over text messages and tweets. This was before we knew that something like Waze (later developed via Google) existed. Since Pakistan was gradually becoming a country with a majority of its population having access to cell phones and the internet, this idea made sense. Being pragmatists, we decided to name the scheme ‘Traffic Pakistan’.

The idea was quite simple. Pakistani roads are horrible and often get congested. With more cars and less roads, it is likely that you would get stuck in a traffic jam somewhere around town. Other than this, it is also highly possible (especially if you are in the capital city, Islamabad) that you might run in to a blocked road due to VIP movement of a military general, minister or diplomat.

Initially, Ali programmed a Twitter parser (filter) that would highlight and look for tweets with #trafficislamabad #traffickarachi #trafficlahore or #traffic(insert city) and reroute those to a separate website, thus providing a ‘real time’ traffic update system. An SMS server was supposed to run in parallel to this, using the same hash tag structure, through our personal cell numbers, if the tweet model worked. With these options, people could update data according to their convenience – either via phone or web.

We had great plans regarding this idea. I decided to get early users on it to keep the data flow going. We were going to make it available on Pring. With this, a user could then ‘subscribe’ to specific city/location/neighbourhood updates and plan their route before the day started. Since Google Maps doesn’t have traffic updates for Pakistan, nor do they show the numerous ‘points of interest’, this idea seemed nothing less than brilliant to us.

Finally, we ‘launched’, and by launching I mean that I emailed, texted and Facebook messaged all my Gmail/Facebook contacts and tweeted it to death.

It is unbelievably hard to get all your Facebook/LinkedIn/Gmail/Twitter contacts to actually use and test something new. I begged them. I pleaded. I even offered chocolates and some of them agreed to start using it. They were intrigued and curious.

However, that too stopped after a while. The only ‘updates’ on the site were from Ali. I was in Waterloo/Kitchener at that time so I couldn’t tweet any updates even if I wanted to. That would have been false information and misleading. Therefore, I waited and checked the site every day, morning and night. The activity stream began to look bleaker and bleaker. Eventually even Ali stopped giving updates. It seemed like a lost cause, hence we decided to shut it down.

So where did we go wrong?

However, what we didn’t count for was the cultural limitation.

Pakistan’s culture is not based around crowd-sourcing and we aren’t very tech savvy (the reason why credit cards are not the norm here). Our entire product was hinged on people being kind enough to take out time and send updates which might help fellow commuters. We did not have the cash to pay people so they may stand at various points around the city and update the site. We were giving no incentives to people that they might help us update the site, and hence the project failed.

Our product also relied largely on Twitter. Perhaps if the telecom companies had been kind enough to issue us an SMS short code without making us jump through hoops, we might have had something. Pakistan is not big on tweeting, and this too was a shortcoming for our project.

We had realised that a partnership with the local authorities was necessary, in order to get the masses to use this application on a grand level. Since I was in Canada, there was only so much I could do while sitting there. I needed to be here, on the ground, knocking doors, calling, setting up meetings and driving the marketing/adoption engine. There wasn’t much that could be done through the phone/Google Docs/Gmail/Streak.

When Waze got established with Google, my first email was to my friend, Ali. Calling would have been awkward, it was past midnight there. With a heavy heart, I wrote something about the acquisition and how ‘it could have been us’. Calm and reasonable as he is, Ali simply said that it could never have been us. We had a long way to go. However, this proved that our product did have an audience and a practical feasibility.

A recent Facebook update by Ali regarding ‘Islamabad highway being blocked’, due to protests against a bombing in Peshawar, prompted me to revisit Traffic Pakistan. As for the status update by Ali, I cheekily commented ‘Brought to you by Traffic Pakistan’ in tribute to what could have been or what it might be.

Recently I read about Karachi Police using their extensive man power and an SMS short code for the same purpose. This made me happy, that people in Pakistan finally understand the importance of such applications. We are working on reviving the service. If you are from Pakistan and would like to be part of it — please follow us on Twitter.

A graduate of the University of Waterloo, he currently works at Organimi in Kitchener-Waterloo and consults with Venture Start. He tweets as @kamilrextin (twitter.com/kamilrextin)