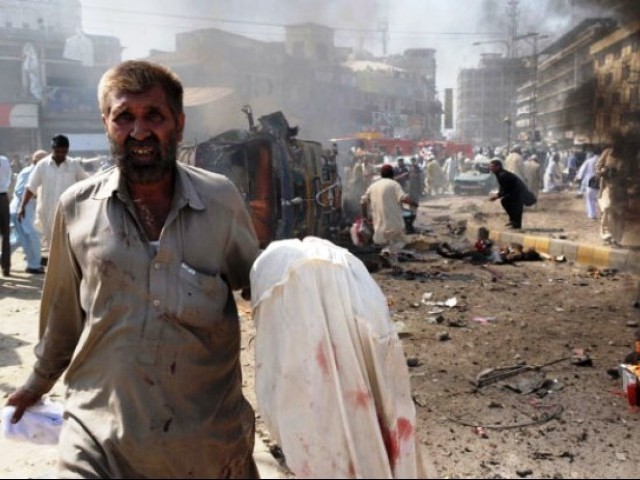 The most dreaded words ever to be uttered by a physician are perhaps,

These three words often mean the death sentence for many; the beginning of the end. Although every physician tries to make this announcement in the most compassionate way, it is also important not to confuse the patient by giving them false hope. This is because the initial step towards the long and arduous road to recovery is first recognizing the severity and nature of the disease. Only after that can possible treatment options be discussed including their risks, benefits and approximate rates of cure.

Although it is never an easy task for anyone to accept such news with a clear and pragmatic mind, surprisingly, many people come to terms with it fairly quickly and start planning their lives accordingly. I have seen patients cry out in agony on hearing those three awful words, but I have also witnessed patients take the news with Zen-like calmness and a new-found strength and resilience.

However, the cancer of terrorism and extremism afflicting the state of Pakistan today was neither diagnosed in a timely manner, nor treated properly. Most of our leadership failed to diagnose the problem early on, which could have given us a much better chance of cure. As we helplessly witnessed the cancer getting metastasised to every part of our country, we buried our heads in the sand; wishing and hoping that by ignoring the parasite eating us from inside for long enough, we could make it go away.

Now that we have finally realised that there is in fact a problem, a lot of dithering and denial is still on display. This denial can be explained by the Five Stages of Grief – a hypothesis introduced by Elisabeth Kübler-Ross, which explains how a person, when faced with the reality of impending death, experiences a series of emotional stages. Her hypothesis was inspired by her work with terminally ill patients.  She categorised these stages as denial, anger, bargaining, depression and acceptance. Our nation’s collective psyche seems to be going through the same stages of grief.

As a nation, we have been in the stages of denial and anger for a long time. First we refused to accept the problem of terrorism, and then blamed it on everything under the sun; all the while denying that our own twisted policies led to the breeding and nurturing of extremist groups – groups that had been bred for supposed strategic depth against our traditional enemy. Now finally, we seem to have progressed towards the bargaining stage. The rationale is that if we reason with the extremists and listen to their demands, irrespective of how ridiculous they may be, and accept them, we will be spared from their wrath and somehow everything will go back to normal. However, it is obvious that bargaining with extremists is unlikely to yield any relief, just like prayers alone do not make cancer go away.

The next stage of grief is depression – a stage I see myself and many others going through. I fail to see the light at the end of the tunnel and helplessly watch my country being transformed forever. We have literally been torn away from the path of economic prosperity and relative peace, and been given the worst titles, including: “most dangerous country in the world”, “a hub of terrorism and extremism”.  The final nail in the coffin seems to be our country’s links with the recent terror attack on a shopping mall in Kenya.

Now it seems that we are all making our way towards the last stage of grief, that is, acceptance. We are slowly resigning ourselves to the fact that this war is not going anywhere and there are no easy solutions. Our feeble attempts to fight or blurred approaches to talks with militants are unlikely to bring any immediate relief.

Still, we should not lose hope. Just like a break-through in the treatment of cancer have made it possible for people to live longer, our country needs to unite and use all the resources available to fight this menace with full force. Right now the worst thing we can do is continue to confuse the diagnosis and waste precious time debating the various treatment options, while the cancer menacingly spreads in our system to the point of no return.

We will probably go through stages of relative unrest and peace, just like a cancer patient endures stages of relapse and remission. There is a chance that we may never be completely cured of this malignancy; but we might be able to isolate and manage it to a degree where living a relatively healthy and peaceful existence becomes possible.

The one thing we cannot afford to do is resign and accept defeat, as a famous cancer survivor once wrote,