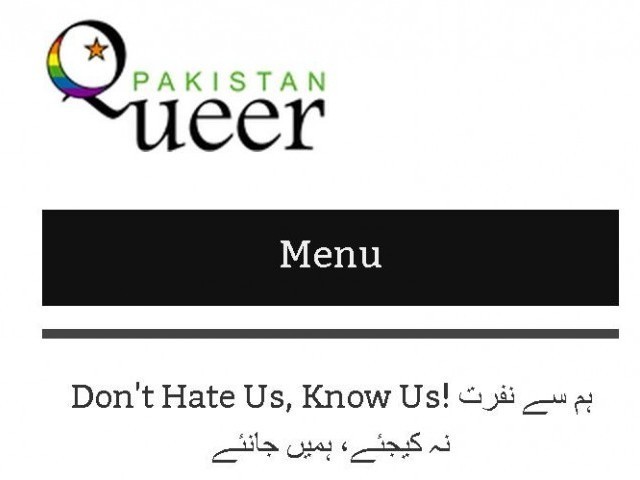 If you’re happy and they know it, then you’re probably not clapping anymore.

However, as your claps fade, you may hear the Pakistan Telecommunications Authority’s (PTA) celebrations begin. They stole the legendary pot of gold at the end of a rainbow and that’s reason enough to pat each other on the back – of course in a strictly heterosexual manner.

Allegedly the gold they found is labelled ‘silence’ and they are guarding this treasure with their lives by refusing to waste golden words on ‘non-issues’ like the Pakistani gay community.

However, we’re not Iran and moderate enlightenment blessed us with a split personality disorder; one side-effect of which is homosexuality. It is, they say, obviously a western evil that is corrupting the society. To top it off, it’s Pakistan compliant and legal just like murder, rape and so forth. However, like all things illegal and impure in the land of the pure, if you don’t speak about it, they’ll hear no evil.

The fact that everyone sees it, throws the ‘trinity’ into disequilibrium. While most look away, there are those who can’t.

This rare breed is a nuisance, often invading the ‘threat-to-our-values’ threshold. They want to speak, hear, talk and change things. A case in point is queerpk.com, the country’s first official website for the lesbian, gay, bi-sexual, transgender (LGBT) community that refused to follow the golden rule of silence.

The website was meant to be an online support platform. Their slogan, “Don’t hate us, Know us” was reciprocated by the atrocious psyche of ‘shut up-or-else’.

The saying is, ‘be careful what you wish for’ and they weren’t. Once they were known, they weren’t hated anymore and that’s worse at times. You need effort, energy and the ability to feel in order to hate. However, when you’re numb, you can swat what’s bothering you down and that’s what the PTA did. After all, they had to keep the pristine white purity of the land intact, and this website was just a tad too colourful. So the PTA did what it does best, shoved it under the carpet like it didn’t exist and brought back their golden silence.

Now that they’ve taken care of that, they can go back to more important things like thinking up new words that are immoral and banning websites as they choose. However, this is not the end of it, it seems. Funnily enough, queerpk.com is still accessible on a new domain.

#QueerPK is now accessible on new domain name http://t.co/S2V98zu7KM! We are determined to fight #censorship if we have your support!

However, what they didn’t realise is that white is only pure because there are several colours that light it up. So every time they do away with a colour, they soil a purity that is beyond their understanding. The light dims just a little bit each time they impose their need for silence. Soon enough- it’ll be all black and last I remember, black isn’t a pure colour either.

If you think this behaviour is ridiculously queer on PTA’s part, un-think. Don’t raise your voice to tell them that what they have is fool’s gold that will be washed away the next time it rains. And then we will see a rainbow.