Rest in peace Blackberry, you were a good friend! 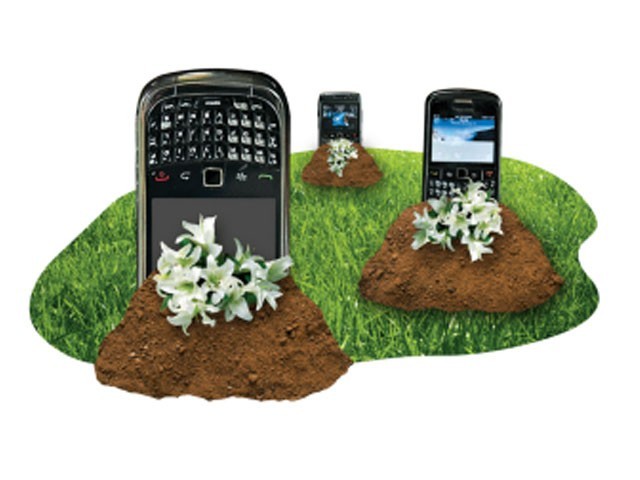 It took the committee one full year to find a buyer. On September 23, 2013, BlackBerry signed a letter of intent to sell the company for $4.7 billion to Fairfax Financial. PHOTO: AFP

“…those were the days! I used to be the most sought after person. My number was on the speed dial of almost all high-ranking executives of public and private corporations in the town! They would even wake me up in the middle of the night…”

This is how a corporate account manager of a large telecom company described his golden days. The big fish would call him directly whenever they wanted to buy a new BlackBerry or had an issue with their existing one. In return, they would oblige him in different ways.

BlackBerry was a craze among the affluent, it was also a status symbol. Executives didn’t want to be seen with a Nokia or any other phone. Their spouses would flaunt their own shiny BlackBerrys at parties and exchange BBM pins. Of course the corporate account manager knew who had got the BlackBerry for whom, elevating his value further among the VIPs.

While the world’s affluent and corporate executives fired away emails and messages using thumbs of both hands, the executives at RIM (the old name of BlackBerry) remained oblivious to the shifting consumer preferences for smart-phones. The decision makers at RIM (Research In Motion) were blinded by their own success. The market capitalisation of the firm had gone from a humble $340 million in 2003, when the first integrated BlackBerry phone was launched, to a whopping $55 billion in 2008.

A culture of complacency had set in which led RIM to ignore the historic launches of the iPhone by Apple in 2007 followed by the launch of the Android operating system by Google in 2008. While consumers drove in herds to own iPhones and Android phones, RIM kept itself busy making small incremental changes to its phones.

In 2008, it launched the BlackBerry Storm, a touch-screen phone based on SurePress technology that made the act of touch cumbersome for users. It also lacked a built-in WiFi which had become industry standard by then. Naturally, the Storm turned out to be a flop.

During 2008 and 2009, Apple and Google made significant headway in establishing their application stores. RIM, as usual arrived late to the app party with the launch of BlackBerry App World in April 2009. By 2010, Apple had upgraded its iPhone three times launching the 3G, 3G-S, and the iPhone 4, while Samsung had launched its flagship Andriod smartphone, the Galaxy S.

BlackBerry on the other hand, made many insignificant changes to its existing line-up of the Curve, Bold, and Storm models, and launched one new model named the Torch, a touch-screen slider phone with an improved browser. While BlackBerry was trying to counter the stiff competition in smart-phone space, Apple introduced the new category of ‘Tablets’ with the launch of the iPad in April of 2010.

Since BlackBerry did not want to be left behind in the tablet race, it hurried to launch its own tablet named the ‘PlayBook’ in the September of the same year. The introduction of the PlayBook however, was so rushed that it was launched without the email and calendar support. This really let the BlackBerry enthusiasts down.

Other manufacturers saw the opportunity and moved in to gain a share of the tablet market by introducing their own brands. By 2011, it was clear that both the Torch and the PlayBook had failed to capture consumer interests. Meanwhile, Apple launched the iPad 2 in 2011 along with the iPhone 4S and Samsung launched the Galaxy SII as well as enhanced its tablets offering. Thereon, RIM was in a free fall into abyss.

A disgruntled employee wrote an open letter to the management, reflecting the mood of employees at that time. The two founding CEOs stepped down, and market capitalisation started to vanish. The new CEO tried to turn back time by renaming the company (RIM to BlackBerry), launching a new OS named BB10, and introducing radical new phone models such as Z10 which looked more like an iPhone than a BlackBerry.

Unfortunately, it all proved to be too little, too late. The competition had literally knocked out BlackBerry by then. The BlackBerry OS devices and ecosystem weren’t good enough to compete with the likes of Apple, Google, Samsung, and the HTC among others.

Finally in August 2012, a special committee was formed to look for ‘strategic alternatives’. It took the committee one full year to find a buyer. On September 23, 2013, BlackBerry signed a letter of intent to sell the company for $4.7 billion to Fairfax Financial.

The sale price of around $9 per share indicates less than 10% premium on the prevailing share price of that day. It is indeed a sad story for people who loved the BlackBerry for the phones and software that the company made, and more so, for those who invested their time and money in it. But such is the trade of high tech where fortunes reverse in matter of months.

A fond traveller and right-hand batsman, Aamir is an experienced marketing professional currently living in Riyadh, KSA. An entrepreneur at heart and a father of two awesome boys, he tweets as @aamiraltaf twitter.com/aamiraltaf

The 19 billion dollar question: Can Facebook compete with Google?

Is the Smartwatch smart enough?

So, which tablet should you buy?