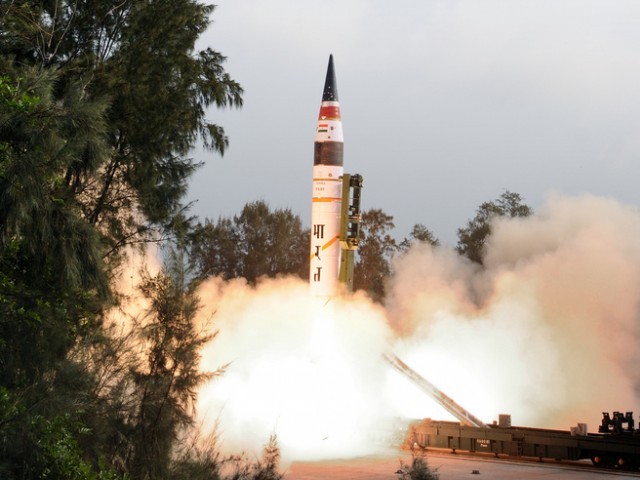 It confuses me immensely as to why the mainstream media and Western governments are constantly generating a hype about the safety of Pakistan’s nuclear arsenal when they don’t seem concerned at all about the highly startling condition regarding the nuclear capabilities of India. Ever since the India-US nuclear deal has taken place, India has signed civil nuclear deals with more than half a dozen countries. Hence, the most precarious lie is advocated, that India has a strong track record of nuclear safety, to materialise these nuclear deals.

Electronic media reports lead us believe that India has a strong nuclear non-proliferation track record. On the contrary, the exceedingly alarming situation remains unnoticed. There is a largely ignored history of Indian illegal nuclear procurement, poor nuclear export controls and mismanagement of nuclear facilities. For instance, India diverted Canadian-supplied fuel for research and generating power to make nuclear weapons. But there is more to the nuclear program than meets the unsuspecting eye.

Let us look at nuclear safety first. There are numerous hazardous nuclear installations in India that could lead to a major disaster with extraordinary bearing on the lives of large populations around these facilities. According to an Australian newspaper (The Age), there is no national policy in India on nuclear and radiation safety. Despite all this, India has never made an effort to adopt world standards and best practices for nuclear safety. Radioactive waste disposal in Indian rivers is an undocumented environmental tragedy in India.

In India, nuclear facilities on coastlines are exposed to natural disasters like the monstrous tsunami of 2004. Beside the damage to the environment, there are numerous cases where workers were exposed to high radiation doses. There are 350 documented cases of radiation exposure that were reported at Tarapur, which is India’s first nuclear station.

There are huge nuclear security issues in India because it is prone to insurgent groups and separatist rebels. According to the Daily Mail’s reports, most of India’s top nuclear facilities are located in exceedingly Naxal terrorist struck districts of India or in the “Red Corridor”. Some of the sensitive nuclear installations situated in this “Red Corridor” are, Uranium Corporation Of India Limited, Talcher Heavy Water Plant, Institute of Physics, Ceramatic Fuel Fabrication Facility, Nuclear Fuel Complex, Seha Institute of Nuclear Physics, Atomic Minerals Directorate and many more.

Around 90% of the Red Corridor areas are a ‘No Go Zones’ for the Indian troops and Air Force. The Naxal rebels are in full control and there is no writ of the Indian government in these areas.

The shocking aspect of Daily Mail’s report is that some Indian nuclear scientists are reportedly assisting Naxal rebels to learn to utilise and transport uranium. On the other hand, many of India’s missile facilities are  located in either the Red Corridor or in the areas controlled by Hindu radicals and militant organisations. There are reported cases of the abduction of nuclear scientists from these areas, which is a very disturbing situation with respect to the safety and security of nuclear weapons.

Any nuclear accident in India could have a serious impact on its neighbouring countries and hence, the insufficient safety and security measures are of great concern to Pakistan. Just imagine if a nuclear weapon fell in the hands of Indian terrorists; this could lead to an accidental nuclear war between Pakistan and India. Likewise, an accident at a nuclear power plant could release radiation that may not respect any borders.

India has to take numerous steps to ensure the safety of its nuclear program.

Michael Krepon – who is the co-founder of a Washington based think tank and has looked at South Asia for four decades – once said that, when it comes to nuclear strategy, people in Pakistan say little but act expeditiously! In India, on the other hand, people write much and act slowly.

Hence, merely talking about nuclear issues will not resolve the dilemma of nuclear insecurity for India; they will have to walk the talk. The Indian government needs to take concrete and verifiable steps to ensure the safety and security of their nukes.

GI Joe 2: Another instance of propaganda against Pakistan