Banning the niqab in Britain: How very Taliban of you 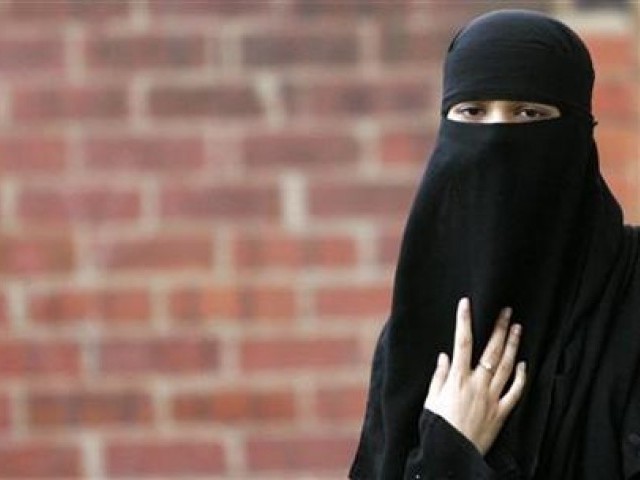 I hope the MPs will be considerate, too, of the fact that actually 'allowing niqab' is very British. PHOTO: REUTERS

A recent ban on the niqab, introduced at the Birmingham metropolitan college, has sparked huge controversy among the communities in Birmingham and across the United Kingdom. Over 9,000 students across the UK signed a petition against this decision made by the college administration.

While a large number of political activists have condemned the decision, College Principal, Dame Christine Braddock DBE, described the ban as promoting robust equality, diversity and inclusiveness. She further stated that she is committed to ensure that students are provided with a safe and welcoming learning environment whilst studying there — a truly ‘British way of life’.

I must admit, after having lived in Britain for a considerable number of years and having searched for the meaning of the phrase ‘British way of life’, I find myself struggling to find a clear definition of this phrase.

Anyone, who happens to be part of the British public life sphere, must have heard politicians, broadcasters, commentators and historians using this ambiguous phrase. As there is no official definition available, or set criteria to which this statement would apply, I am forced to believe that its widespread use is just rhetoric to express a narrow, myopic world view.

So the question arises — when the university decided to ban the face veil did they not act the same way the Taliban did?

Yes, they took back the decision, but for that day, for those few hours, did they not realise that they too, were denying many Muslim girls the right to education just because of a face veil? Scary isn’t it, to be in that same scenario?

Thankfully, after huge public dissent and criticism from senior government members, including Deputy Prime Minister Nick Clegg, the college has taken back it decision – a victory for the ‘British way of life’ that I understand it to be.

Unfortunately, that way of life is still under threat.

At the moment, some 70 members of parliament (MPs) of the ruling conservative party are seeking to debate a bill in the House of Commons about banning the face veil or niqab throughout England. Philip Hollobone’s bill would make it illegal to wear a garment with the “primary purpose to obscure the face” in a public place.

Some of these MPs believe that the face veil is in contradiction with the ‘British way of life’, whereas, others have criticised it as ‘a threat to security’. Interestingly The Telegraph, a prominent British daily in 2005, listed ‘10 core values of the British identity’ in an editorial. Unsurprisingly, pluralist state and personal freedom were the third and fourth values respectively, but how free is the personal freedom in the UK and how plural is this pluralist society?

The answers lies in a quick look at the public sphere where Britain advocates these values globally and asks Middle Eastern governments to embrace them but itself fails occasionally to practice what it preaches. In the past, black minorities have faced bias from the top ranks of society. Today, the Muslims are constantly under pressure from the government, and when a reputable college calls for banning the niqab it only adds insult to injury. It also poses serious questions about Britain’s longstanding reputation of being a safe haven, free from all discrimination and biases; one that prides itself on its ability to give its citizens civil and personal freedoms.

Proponents of such a ban should not forget that personal freedoms and civil liberties are a jewel of the British crown – and rightly so. Britain has served as a beacon of hope for many nations around in the world when it fought for others freedom. It has history of being one of the first nations to provide rights to women, factory workers, ethnic minorities and people with disabilities; they set examples by leading and other nations took the cue followed in their footsteps.

Anyone who chooses to discuss the bill banning the face veil should be mindful of these facts. A ban on the niqab is a step backwards rather than forward and it will be a black mark on the history of freedom and justice that this country boasts.

Malala Yousafzai moved to Birmingham to escape the stranglehold of the Taliban; she wanted to have access to education and her struggle became one that was applauded worldwide. Britain gave her a home away from all the restraints. When the university decided to ban the face veil did they not act the same way the Taliban did? Yes, they took back the decision, but for that day, for those few hours, did they not realise that they too, were denying many Muslim girls the right to education just because of a face veil? Scary isn’t it, to be put in that same scenario?

Thankfully, after huge public dissent and criticism from senior government members, including Deputy Prime Minister Nick Clegg, the college has taken back it decision – a victory for the ‘British way of life’ that I understand it to be.

Next time you consider placing a ban on the symbol of any religious or cultural aspect, think back and see where you stand.

Are you the Taliban too?

The author is an accountant graduate who is working in the public sector. He is an avid reader of books on politics, history, classics and languages. He loves to inspire and be inspired. He considers himself a food connoisseur and a global politics cognoscente.

It is about time British Muslims proved their loyalty to Britain

Is the golden era of British education over?