Why isn’t my father home yet? 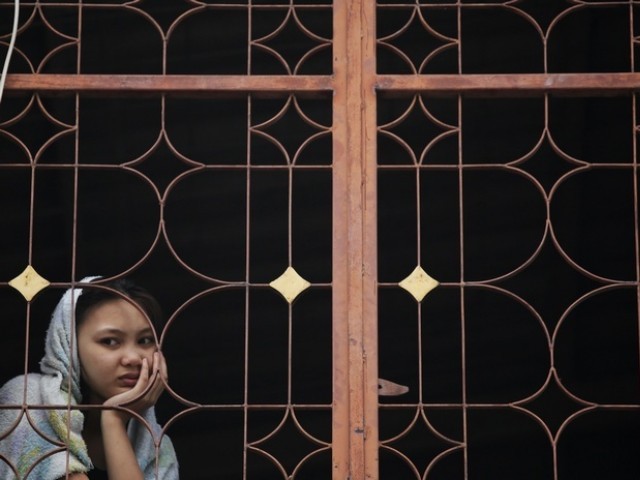 My father isn't answering his phone. Where is he? PHOTO: REUTERS

It’s getting late; I wonder why Baba hasn’t come home yet. I ask Ami if he’s called, she says no. My brother hasn’t heard from him all day either. My mother’s face doesn’t betray any anxiety, but I see her stealing glances at the clock every five minutes. I pick up the phone, and dial his number. It rings a few times, and then the lady on the phone – that I always took to be Benazir Bhutto when I was a child – says the number I’m trying to reach isn’t answering. She asks me to please try later.

Many thoughts rush through my head; he’s at work, he’s probably busy. But, my brain reels; why didn’t he just reject the call then? Perhaps he didn’t hear the phone – he did spill water near the speakers yesterday. But I’m sure I heard it ring this morning. Or maybe he just forgot to put it off silent after his last meeting? But deep down I know he never puts his phone on silent, not even during meetings.

Why is his phone off? It was fully charged when he left the house, yes, I’m sure because I left it to charge myself at night before I slept. I bite my lower lip, and start picking my nails, a childhood habit that crops up whenever I’m feeling particularly anxious. After a while, I try again, and with a heavy lump in my throat I realise it’s still off. I look around, play with my phone, and strain my ears to see if I can hear our car pull up.

Surely, his battery must have died, he’s been out all day, and it’s completely possible. But then why didn’t he answer the call before? I give up all pretence and tell my mother his phone’s off, she quickly looks up, but then regains her composure as she tells me that he’s probably in an area with bad coverage. But his office is 15 minutes from our house, since when has bad coverage ever been an issue?

I run to the TV, take the remote from my brother, ignore his angry retort, and turn to a news channel. No reports of bombs, firing or other dangerous incidents; not in Karachi, anyway. I distractedly notice that the red strip at the bottom is showing something about an attack in Quetta, but I selfishly turn the TV off and look back at the clock.

I have more important things to worry about right now as I have no idea where my father is.

I get off the couch, and pace back and forth, holding my cell phone in my hand. Dialling and redialling his number, I don’t even register what the cold automated voice on the other end is saying. My mouth feels dry.

It’s really getting late now, why hasn’t he come back? What could have happened to him? What’s the closest hospital to his office? Why haven’t any of his co-workers called us yet? Why isn’t anyone answering the doorbell? Wait, why wasn’t anyone answering the doorbell? I run to the door, and fumble with the lock for a second before it opens, revealing my father, all 5 feet 10 inches of him.

I yell over my shoulder that he’s home, and ask where he’s been and why his phone’s off. He sighs and tells me he got mugged an hour ago.

It is a testament to the irony of living a Karachi life that I sigh with relief. In Karachi, where crimes are measured according to the relativity of their danger, a mugging is really not so bad.

A 19-year-old pursuing her medicine degree at Aga Khan University.

The story of Amanda Yousufzai and Malala Todd