Mr Asif Ali Zardari, you have done it! 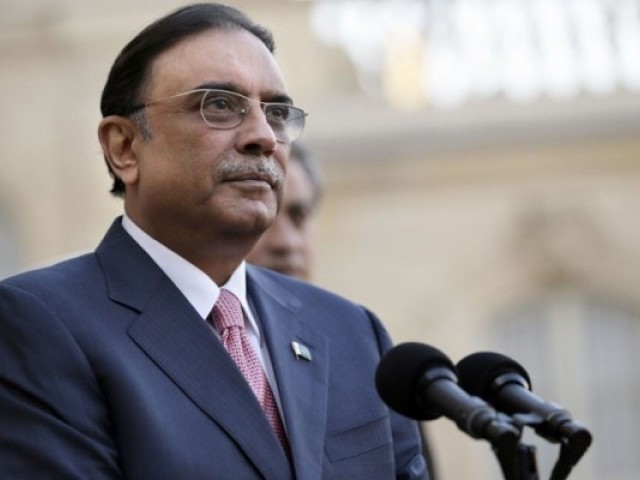 September 8, 2013 is a day for both history and headlines in Pakistan. A historically unprecedented and smooth transfer of presidential power has taken place in our constitutional and political history. There has been no coup d’état by a general, no declaration of emergency, no suspension, abrogation or subversion of the constitution and no declaration of a fifth martial law in the country.

A democratically elected head of state has completed his full term and has vacated the office in line with the theory and practice of constitutional provisions. All the headlines emanating from former president Asif Ali Zardari’s completion of term are unusual because they possess none of the usual political theatrics and shenanigans associated with the vacation and ascension to the presidency of Pakistan. This too, has been a breath of fresh air.

Mr Asif Ali Zardari has epitomised the phrase ‘against all odds’ in our chequered political history.

We really didn’t see him coming; he had nothing from the start that could have elevated him to the highest office of the land. He did not have the backing of khaki guns and boots; he did not have a feudal or urban constituency, or a family career in politics to have elected him to our assemblies; he did not have the vision of Jinnah, the genius of Bhutto or the inherited political legacy and personal aura of his late wife Benazir Bhutto. The only thing to have sealed his fate in politics was matrimony with the most influential political dynasty in the country and with that, he achieved what has previously been unheard of in Pakistan.

Having analysed the situation, it is evident that Mr Zardari possessed just about everything that could guarantee career failure in the cut-throat world of Pakistani politics.

He had to endure massive reputation laundering engineered by his political opponents and the establishment. Moreover, he had to spend years in jail without being convicted of a single charge that was held against him in the court of law. It was only the wave of sympathy following his wife’s assassination that made him a presidential candidate, more by chance than design and when he finally tasted victory, that was only the first glimpse of a deep abyss.

He became the captain of titanic just before it spotted the giant iceberg.

The Pakistan of 2008 was an absolute nightmare; we had a dysfunctional economy and a fractured society bleeding internally from secessionist insurgencies and terrorism. Additionally, we were an international outcast with terrorists trying to take over Islamabad and a belligerent India post Mumbai attacks threatening our eastern border.

Then, added to this were the constant media trials and the massive unpopularity with the masses that didn’t help former president Zardari’s cause either. The opposition lurking in the shadows was always baying for blood with memo gates and NROs and a prime minister had to be a sacrificial goat to keep the ship afloat.

Yet, with his remarkably balanced leadership, legendary political acumen, revolutionary political reconciliation and shrewd statesmanship Asif Ali Zardari made the unusual seem usual. He presided over the first civilian transition of power in the country’s history and lorded over elections that brought his party’s arch rivals back into the saddle. Slowly yet surely, the opposition and the controversy ebbed away until he outplayed every trick of his opponents and is vacating his office in the most normal and legal manner possible without a single hiccup.

The puzzle is now complete. That surely is a monumental political achievement by Pakistani standards.

Yes, I for one can freely admit that the man has no embellished governance record to his credit. It takes no genius to see that he did not preside over an economy with  magical GDP, investment and employment numbers, he did not envision structural reforms for our institutions and society, he did not vanquish terrorism and crime on Pakistani streets and he did not pursue a prolific foreign policy. Moreover,Zardari neither restored our dignity nor our  image in the international arena.

Having said as much, did we ever have an independent foreign policy? Were we ever free of law and order problems? Did we ever see a time where there were no insurgencies? Have we ever had a copious economy that gave the common Pakistanis an equitable and respectable living standard?

Zardari made something happen that should have happened way back in 1951, 1958, 1969, 1977 or even 1999; a constitutional transfer of power from one civilian government to another as ‘elected representatives’ of the Pakistani people.

Mr Asif Ali Zardari embodies that collective survival instinct of the 21st century Pakistan that makes every Pakistani move on even after going through injustice and catastrophe on a daily basis. His legacy is an elected ascension to power, its legal handling and a constitutional transfer of it. He deserved the guard of honour. Goodbye Mr president!

A law student at Szabist, a proud Karachiite and a cricket buff who loves reading and writing.

Is Pakistan equipped to manage a natural disaster?