Remembering Ashfaq Ahmed: Through his stories, he will live forever in our hearts 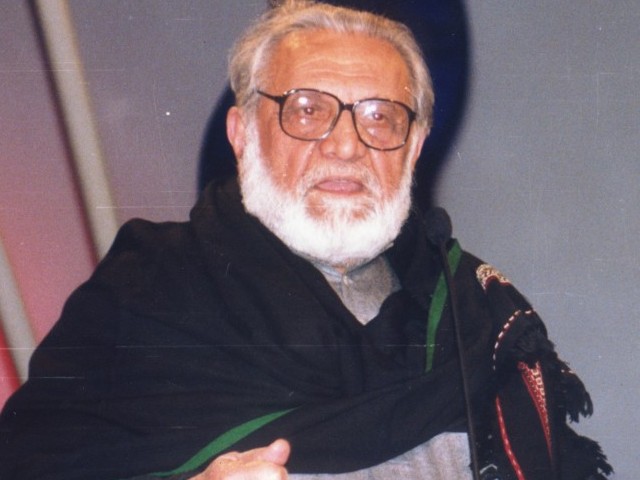 On September 7, 2004, while sitting in my office and doing my routine work, I received a call from a close friend. Without the usual ‘Salam dua’ he exclaimed,

“Ashfaq sahib is no more; just got the news.”

It was a short sentence, but it had many aspects attached to it. The feeling of a great loss, sweet memories of so many stories, dramas and plays, of colourful travelogues, funny incidents, thought-provoking quotes of Sufis and other baabay (mystics); nostalgic recollections of a life well spent, and fully lived. So much came to mind and passed like a breeze, leaving me numb and motionless for some time.

How do you react to such news?

Ashfaq Ahmed was not my relative. I did not know him on a personal level. I had never even met him and yet the feeling of great loss and mind-numbing pain seeped into my soul on hearing about his demise. I did not know why I felt like this, but like many other Pakistani Urdu writers, his words were my link to his soul – his personality. The characters he had created through his works were as real to me as they must have been to him, and through this abstract connection, Ashfaq sahib and I were no longer strangers.

While reading his dramas and books, one question always came to my mind; they say that every good writer creates characters as a reflection of himself, and so I always wondered which of his characters were reflections of his own self. Was it Talqeen Shah, one of the most famous radio programme characters in Pakistan? Or was it the Mohammed Hussain Dakia from the spiritual classic Manchalay Ka Sauda? Or was he simply the ‘greatest husband in the world’ as Bano Qudsia said so many times? Towards his end, I believe he could also have been the famous “Baba” he used to refer to so dearly in almost all his conversations, especially in Baithak and Zavia.

I used to phone him from Dubai, especially after reading certain books of his, to tell him how each and every word used by him had a profound and deep impact on my mind. There would always be a sense of embarrassment in me at the end of these calls because he would talk as if it’s the most natural thing to do – receiving calls from fans, making them feel special and interesting. Once, during such a call, I told him:

“Sir, your book Manchalay ka Sauda and the drama made on it is just too good to be true.”

“That book came before its time. You would see in near future InshaAllah (God willing) that people will benefit from this for generations to come.”

Today when I see Manchalay ka Sauda, his words come to my mind as I really do believe that this drama came much before its time; and those who have seen it would know what I am talking about.

As Mumtaz Mufti sahib once said,

“There are people who are alive, and then there are some people who are too alive! So much so that even when they are no more, we still consider them alive, for it is unimaginable to come to terms with this reality that they are no longer physically present among us.”

Ashfaq sahib was definitely one such personality who, even after having departed from this world nine years ago, will always be “too alive” in our hearts, minds and memories.

May Allah (SWT) bless his soul.