The Bilawal we do not know 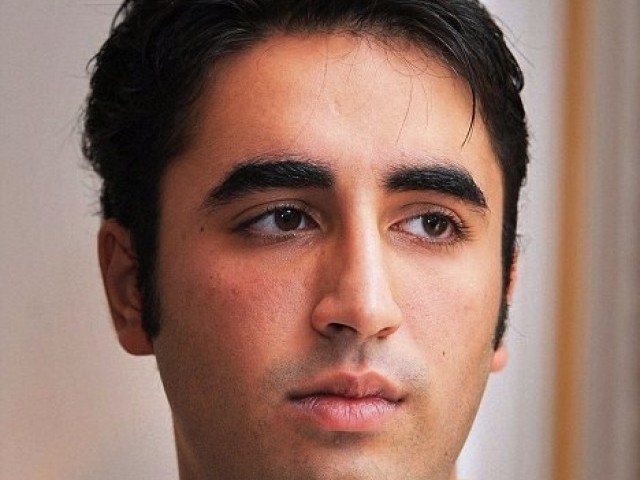 Early on Bilawal Bhutto Zardari refuted intentions that he would enter politics, yet this young scion of Pakistan’s landed gentry has, paradoxically, been striving to establish political recognition.

Whether this entails telephone conversations with PM Gilani about the current situation in Pakistan or addressing a community of altruistic Pakistani expatriates in Dubai, Bilawal seems to be attempting to  develop a political identity equivalent to that of his mother. But can he?

In her contentious memoir, Daughter of the East, Benazir Bhutto alludes to Bilawal as ‘the most celebrated and politically controversial baby in the history of Pakistan’. Although politics is a hereditary business in Pakistan, there is ample justification for the fact that Bilawal has yet to evolve as the archetypal leader the Pakistani awaam desires.

Till now, reports of a non-serious reputation precede him, making it difficult to say with confidence if he will ever obtain political support from the public who view ultimate sobriety as an indicator of triumph in the political arena.

A fledgling amid experts

There is no suitable way of grooming a politician – not in Pakistan at least. Perhaps that is why President Zardari asked his son to accompany him to a high level official meeting in the USA with Hamid Karzai and Barrack Obama in June 2009. Bilawal’s incongruous presence at this conference indicates an attempt to secure insight into the intricacies of global politics and could possibly validate why he has chosen to read Law and eschew from instantly launching his political career. If only the experts were as astute as this budding politico, the astounding debacle of the fake degrees would never have come to pass.

Progressive thinking is the by-product of a good education. Or so it seems in this case of Bilawal Bhutto Zardari. Unlike his mother – whose ever-changing perception of the Taliban fomented numerous problems for the nation – Bilawal believes that the ‘acts of terrorism’ generated by the extremist group are a ‘blight on our society’.

Contrary to popular perception, Bilawal has been dubbed ‘very charismatic and engaging’ by an Oxford Union President. This invalidates the view that the heir to the Bhutto legacy is only interested in merry-making.

The challenges that await

Although it is far too early to rationally conclude whether Bilawal will capably redress the problems spurred on by the war on terror and rampant corruption, there is still a beacon of hope amongst PPP supporters that he will rise to the challenge and bring forth institutional reforms that will benefit the masses – a task so Herculean that it would require a surfeit of training and dedication.

Bilawal ought to brace himself for the treacheries of Pakistani politics.