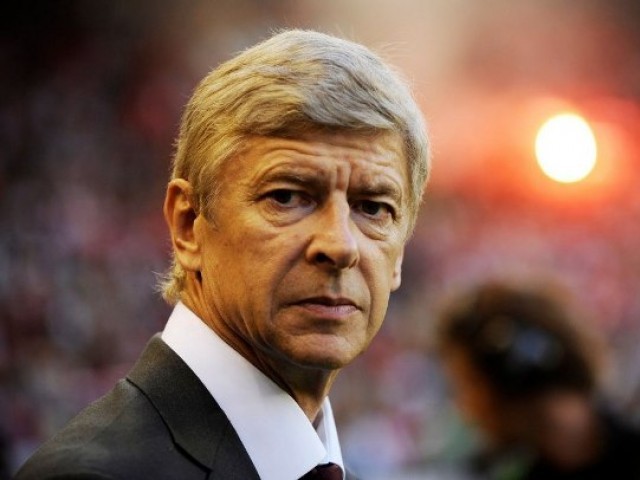 Amidst all the doom and gloom, Wenger did the unthinkable. He somehow snapped up one of the world’s best players. PHOTO: REUTERS

This summer wasn’t an easy time for Arsenal fans. The eight-year trophy drought had already cast doubts over Arsene Wenger’s ability to deliver silverware at the Emirates and there were thoughts if it was time for the French tactician to hang his boots. Fans turned against him and went so far as to call for his head.

Arsenal’s lack of success coupled with their reluctance to spend money in the market over the past seasons had aggravated frustrations among its ranks and fans. With rival clubs dishing out Russian oil money and Arab capital to strengthen their squads, one thing was clear – it was spend or bust for Arsenal.

It was different this year though. The Arsenal board had realised they needed to spend – and spend big – to remain competitive and become title contenders. With this realisation came a huge transfer kitty – a reported £100 million that Wenger was finally handed to strengthen his ranks. At the start of the summer, this came as a huge relief to the Arsenal faithful. They knew and were assured that the London giants will finally do something they haven’t done ever – spend big money in the transfer market.

You’d think with Champions League football, the Arsenal brand, the unbelievable fan base and of course, the Emirates stadium, buying quality wouldn’t be a problem for the Gunners. However, it didn’t quite turn out as expected.

Arsenal pursued signatures of players like Luis Suarez, Higuain, Gustavo and many others but failed to land even one big name. Every player they went after turned into a prolonged saga and then boom! (If you’re an Arsenal fan, you know what this word means) – the summer went by and Arsenal had signed no one yet.

Frustrations grew. It was worse this time because Wenger had money in the bank. He had all the time in the world to strengthen. How the hell did it come down to the last day of the transfer window?

Amidst all the doom and gloom, Wenger went out and did the unthinkable. He somehow, magically, unbelievably, snapped up one of the world’s best players from Real Madrid – Mesut Ozil. MESUT FREAKING OZIL.

The gloom was lifted. Arsenal fans went berserk. Rival fans went sick of jealousy and bitterness (perhaps fear as well). They had finally spent big  £42.5 million on swooping for a magician. Literally. If there’s a player you would want to break your transfer record for, it’s him. He’s phenomenal. He’s a star. With over 50 goals and more than 70 assists for Real Madrid in three years, Arsenal had signed a play-maker who was one of the best in the business.

“Take a bow, Arsene. Bring it on”, the Gunners said!

It’s been almost two days since the summer transfer window slammed shut. The dust has now settled after all the frenzy and chaos. Arsenal have Real Madrid’s starlet Mesut Ozil now but … let me throw it out there. Does he solve all of Arsenal’s problems?

Make no mistake about it. Ozil is absolutely world class. He would strengthen any team in the world. He will create so many goals for Arsenal, that they might fall short of strikers to score them (see what I did there?). He’s a brilliant schemer, but will he provide the Patrick Vieira-like steel in the midfield they’ve been missing in all these years – a proper defensive midfielder. Will he defend goals and solve Arsenal’s obvious problems at the back? Will he stand in goal with gloves on to help Arsenal avoid unnecessary goalkeeping mishaps? The answer to all these questions is NO.

It takes no rocket science to deduce that Arsenal needed to sign a world class striker, defensive midfielder, a centre back and a goalkeeper with the money they had. With Santi Cazorla, Jack Wilshere, Theo Walcott, Lukas Podolski and Aaron Ramsey (who has been phenomenal so far this season), the least of their worries was creating goals. They’re Arsenal. They’ll always be good at it. It was the lack of goalscoring, the lack of steel in the middle, the lack of defensive stability and the lack of quality shot stopping that defined Arsenal’s lack of success.

This makes you wonder. Was Ozil a signing just to please the fans? Was he a name Wenger added to instil positivity and make Arsenal fans forget about the bigger problems at hand? It seems to have worked perfectly for him.

Questions should be asked of  Wenger and the board as to why the above deficiencies weren’t addressed despite all the money and time in the world. Mathieu Flamini (free) and Emiliano Viviano (loan) are certainly not the answers.

Arsenal could go on to win trophies this season and make me look like a fool for writing this but that shouldn’t take away the fact that they could have done much, much better in the window.

Wenger’s a genius, no doubt. But signing Ozil doesn’t solve Arsenal’s problems. How the season will pan out for them, only time will tell but for now, bring on the football!