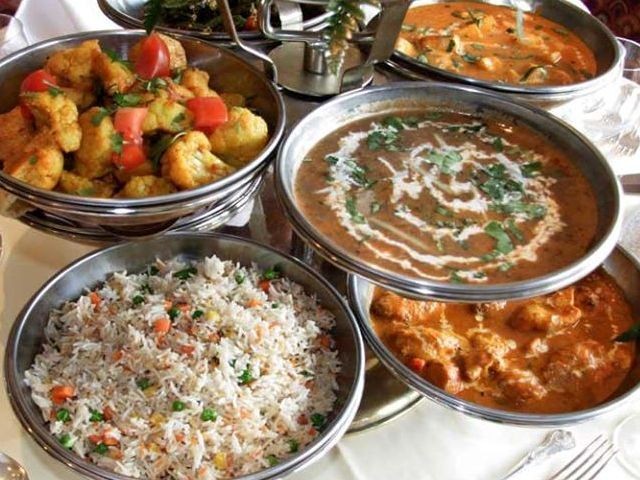 As an expatriate, the memory of the most routine things back home can sometimes bring out the most intense feelings of nostalgia in me. One of these memories is that of eating out at a cornucopia of restaurants, eateries and street vendors in Karachi.

From Bundu Khan’s lip-smacking chicken tikkas, to the appetising Student Biryani, to the delectable kebab rolls at Khadda market, the list is never ending.

One dish in particular brings back a flood of mouth-watering memories, and that is nihari.

It originated from the legendary royal kitchens of the Mughal Empire in the late 18th century. While nihari houses are located all across Karachi, the best one is located in a rather nefarious part of town, currently infamous for target killings. Dining there was always a unique experience. One could ensure a literal and figurative fight to find a seat at the table.

The clientele was composed of a myriad of demographics. You would see labourers enjoying their hard earned respite for the day, mixed with white collar professionals on a night out with their family and friends. Everyone enjoyed the generous amounts of food served in big metallic bowls, brimming with succulent meat, swimming in aromatic curry. The spice level was brutal yet so flavourful that you inadvertently found yourself licking your fingers.

After being disappointed by the often bland and hybrid attempts at Indo-Pak cuisine offered by a number of desi food establishments across the US, I decided to give authentic local fare a try.

Fancying myself as an adventurous foodie, I ventured into a local fried chicken shack in Nashville. It had great reviews and despite its location in the middle of a crime ridden and desolate part of town, it boasted about local and international celebrities as its clientele.

When I got there, people of all colours, backgrounds and social classes were queued up waiting their turn in a dingy sweltering joint. There was a bald, rotund man with a stubborn look behind the counter, with two guns holstered to his belt guarding the equally menacing cashier. The intimidating atmosphere reminded me of the seriousness of the situation.

The menu was simple. Ironically a chicken at heart, I opted for a mild-level spice leg piece combo with a side of fries. After waiting for what seemed like a lifetime I finally got my order. I hesitantly took a bite into the smoking hot fried chicken. The crunchy crust on top complemented the tender juicy meat inside and the intense, spicy concoction hit my taste buds like a volcanic eruption. It burned my tongue, induced a choking cough and beads of sweat started to trickle down my neck.

Instead of reaching for a glass of water to ease the pain, I immediately took another bite into that heavenly bird. The agony eased up, the pleasure became more discernible, and by the fourth bite I thought I had slipped into nirvana. I immediately cursed myself for not ordering a bigger portion. Needless to say, I have been hooked since and visit that place so frequently that I think I might need to go to rehab.

So what is it about spicy food?

Whether it is Tom Yum soup from Thailand, Wot stew from Ethiopia, jerk chicken from the Caribbean or Vindaloo curry from India, spicy food is desired across the world.

Scientists claim people who are addicted to spicy food are actually addicted to pain. When the burning hot sensation stimulates the trigeminal nerve which is responsible for the sensations in our face, our system releases endorphins which can be described as a morphine-like substance originating from within our bodies in response to exercise, excitement and pain.

Doesn’t it make sense then that these spicy food joints are often located where they are needed the most? Financially downtrodden, crime infested neighbourhoods where the best therapy available from all the chagrins of the day is a hot serving of the local spicy delicacies – just a humble meal prepared with no pretentiousness. Such places are where all languages and cultures cease to exist – where bowing down at the altar of spicy goodness is the prescribed religion; where an unspoken dialect of brotherhood and camaraderie takes over whether it’s Pakistan or any other part of the world.

It’s possibly ingrained in our DNA that we like to eat in packs and herds. On a psychological level, these meals allow us to embrace people and places we would normally not appreciate. Good old-fashioned savoury food not only opens up our nasal passages, but also opens our hearts into letting go of the barriers that otherwise discourage social congeniality. Inevitably, at its most elementary level, food brings us together in many ways. Like JRR Tolkien famously said

“If more of us valued food and cheer and song above hoarded gold, it would be a merrier world.”