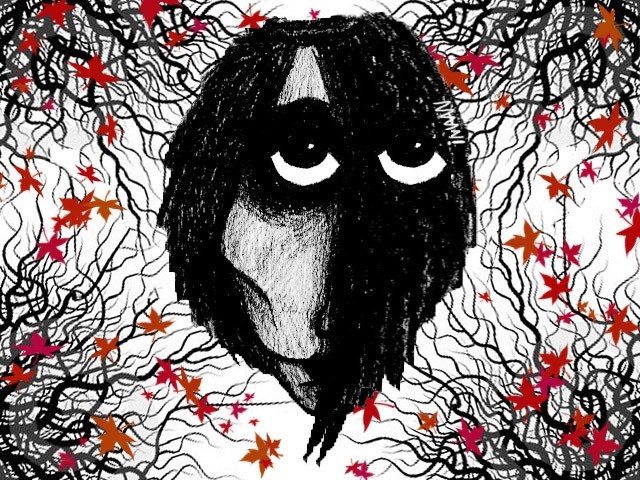 The doctor told me I was stressed, but I refused to believe him. ILLUSTRATION: IMAAN SHEIKH

It began in grade twelve. My grades had suddenly gone down, and I had no idea why. The journey from being a class-topper to actually failing in three of my favourite subjects was a short one. It took a toll on me.

A year later, the stress that I had been gathering for years appeared in the form of a coin-sized bald spot on the crown area of my head. The night before, I had slept with a full head of hair, but that afternoon as I prepared to go for lunch with my friends, I saw that hairless little patch of scalp peeking through my fringes.

After a few more patches, I consulted a doctor. I was told I had alopecia areata. This disease can be hereditary but can also happen if you have a weak immune system naturally. It is triggered by stress. You lose your hair in patches, which can become huge and appear overnight.

This was chewing at my self-esteem. From being that child in the family who was showered with compliments for having long, straight and healthy hair, I had gone to waking up finding my pillow covered with hair – it was frightening and unsettling to say in the least.

Every time a doctor told me that it was happening because of stress, I would look at them in shock and protest,

“But I am not stressed at all!”

After all, my friends were doing almost the same things as I was, physically, and they were all right. Why was I always low on energy and demotivated?

It wasn’t until some eight months ago that I decided to pick myself up. I started off by admitting I was stressed and that my brain and body worked differently. I stopped sweating over the small stuff and learned to ‘block it out’ by keeping myself distracted with happy things — music, painting, writing and humour. My new job was a blessing in disguise, keeping me from thinking about useless things that would trigger my stress and also cause an alopecia relapse.

The doctors and their medicines cannot deep-cleanse the build-up inside anyone’s mind. Only we can help ourselves de-stress. Recognising your problem is the first step, the rest is a rinse-and-repeat procedure — remember, ignore, forget.

It has been nearly a year since I had that bald spot. I am doing more work than I have ever done before and though I get tired with nearly 12 hours of university and work in a day, I am usually mentally at peace. However, I have made some resolutions which require me to not push myself to a point where my health was compromised.

All it took was some determination, courage and a lot of carelessness!