Our loss to Zimbabwe: Strap our team financially too, until they learn from Zimbabwe! 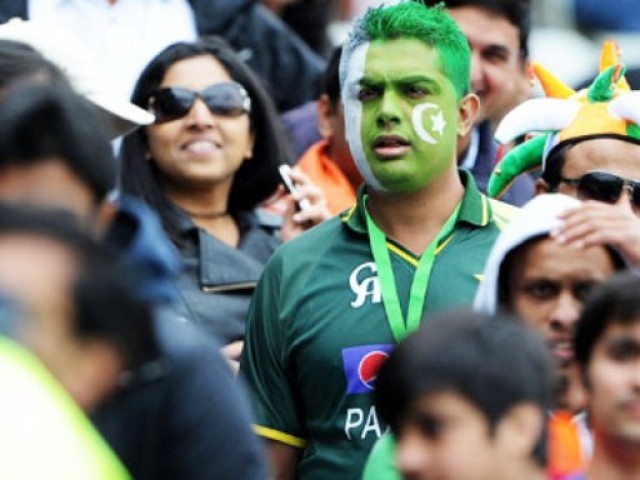 Pakistani fans are tired of being disappointed and this is one sport in the country in which the players are served benefits on silver platters. It’s time to give back! PHOTO: AFP

Our recent defeat at the hands of Zimbabwe was somehow expected since the team had just won a low profile T20 series against the same team, and as such had become overconfident. The nation was expecting a clean sweep in the ODIs. After the Indian team whitewashed the financially strapped Zimbabwean team – which at this point could only afford to travel by public transport – Pakistan too, was expecting a clean sweep.

Unfortunately, and predictably, this was not the case and our very well equipped team, that had recently been awarded an Eid bonus and a good performance bonus in addition to whopping match fees, returned defeated.

At this point, the question that puzzles many in Pakistan is, what have we not provided to our team?

The team has enjoyed many financial benefits along with professional coaching, so what reason does it have for this defeat?

Although Misbah is a good batsman, his captaincy has been criticised quite often. He wasn’t able to defend a total with the same bowling attack as used against other teams higher in ranking than Pakistan. Poor fielding and bowling changes were a cause of defeat in the match from day before and many other matches we have played previously.

Our batting has problems of its own; the batsmen start slowly with a defensive approach instead of using an attacking method that is more likely to hype the game for fans, boost the players’ energy and afford us quicker runs with more able players as opposed to relying on less capable batsmen towards the end of the form.

If we were unable to defend our score against teams like Zimbabwe, how can we so confidently claim to win the ICC World Championships?

As if the flak received by the selection committee during the Champions trophy was not enough, it is, yet again, to be blamed for not selecting the team judiciously this time around as well. Sohaib Maqsood was one of the victims of the disappointing decisions made by our selection committee. He has performed consistently in the first class circuit and was sent back home after playing just one T20 innings. The logic behind testing the talent of a player just in a T20 series is beyond my comprehension because it never gives enough on-field time to players to adapt to longer innings. Younger players are not given enough chances in such series and hence there are no replacements for players like Misbah (39-years-old) and Younis Khan (35-years-old).

At this point, even a swing in the dark could provide more productive results to the selection committee than the ones at present. A change of strategy in selection is definitely in order before we go up against teams like Sri Lanka and South Africa, which will be a real test for our team.

The importance of good selection can be seen in the Pakistan Hockey Team and its sudden outstanding performances. The team has an impeccable blend of young and experienced players and this is evident in their performance and energy. Their aggression and positivity made it possible for them to defeat Malaysia in a handsome win.

This time around, it is improbable that the coaching staff will be able to perform any magic because the team still continues to make the same mistakes over and again. The selection of the team even plays as a handicap to the coaching staff and the players repeating mistakes only reflects badly on the coach.

We have the T20 World Championship coming up in less than a year and the ODI World Cup a few months after that; if we want to perform well in these global tournaments the PCB and the selection committee need to reconsider their actions and rethink their strategies.

Pakistani fans are tired of being disappointed and this is one sport in the country in which the players are served benefits on silver platters. It’s time to give back!