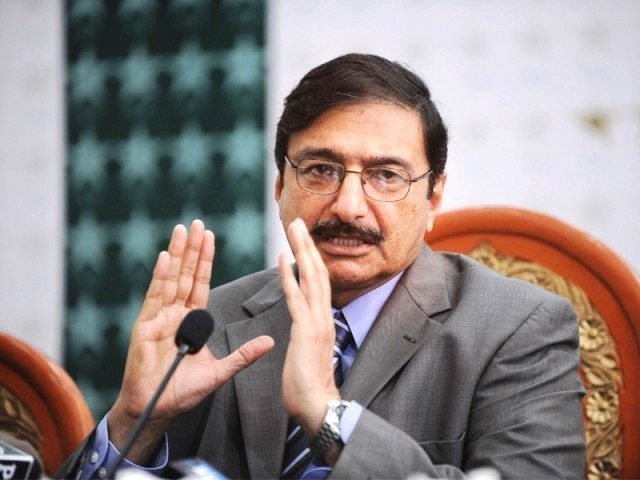 The day Zaka Ashraf, the former chairman of the Pakistan Cricket Board (PCB), orchestrated the elections to get himself elected for four years the apprehensions started to creep and the reason was pretty straightforward. PHOTO: AFP

The day Zaka Ashraf, the former chairman of the Pakistan Cricket Board (PCB), orchestrated the elections to get himself elected for four years the apprehensions started to creep and the reason was pretty straightforward. First he handpicked the Board of Governors (BoG) by leaving out the cricket nurseries like Karachi and Lahore, and then ‘obviously’ got elected.

Zaka Ashraf introduced Larkana and Dera Murad Jamali to the BoG at the expense of Karachi and Lahore and the reason was fairly clear – he wanted to secure votes. As expected a flurry of court petitions paved the way for an intervention from the judiciary which somehow put activities at the PCB in jeopardy.

In this scenario the Pakistan Cricket Board should shoulder the balme rather than the court.

To understand the issue, one needs to look at the structure of the PCB which indeed owns a duly approved constitution as well. However this very constitution – which has also been challenged in the Sindh High Court – invites a lot of questions over its democratic nature.

The chairman controls virtually everything with the consent of the (handpicked) BoG which approves every move of the boss (chairman) hence the practice is, on the face of it, duly democratic.

The chairman features in the BoG as well, as he does in all the other important matters. Right from the financial affairs to the team selection matters, the authority of the PCB chairman is evident everywhere.

Enough has already been said on the matter and it’s time to move towards a tangible solution which could be acquired by either studying the glorious era of Pakistan Cricket – in terms of the on-field performance – or by analysing the setup of the other relatively successful cricket boards around the world.

The Board of Control for Cricket in India (BCCI) is administratively considered as one of strongest cricket setups. Here, even the board’s head can be forced to step-down if a situation that requires this arises. In India, the zonal heads take over as BCCI chief, on rotation basis, for a period of three years and in other matters all the zones have their equal say.

Why can’t the Pakistan Cricket Board (PCB) take every component of the system on board to ensure democracy in both letter and spirit?

Since the regions and associations are the basic components of the Pakistani cricket setup, which produce and nurture cricketers at the grass-root level, their services should be duly recognised. Apart from constituting a handpicked board of governors, a sole body should be shaped with the representation of all the regional associations and departments and all major decisions should be put before them to decide with majority votes.

As per my understanding, the regional bodies are more democratic as they hold regular elections to choose officials – a practice that is not common in the PCB.

Head of Sports section at News One TV and a TV show host of 'Sports One.' He has also worked with Business Plus and Indus TV. He tweets @twitter.com/mak_asif

What if Muhammad Amir was guilty even before the spot-fixing scandal of 2010?

Is fast-bowling a fading art?

Our heartbreaking hockey history: Do we have a future to look forward to?

Would you want Mohammad Amir back if he was not talented?